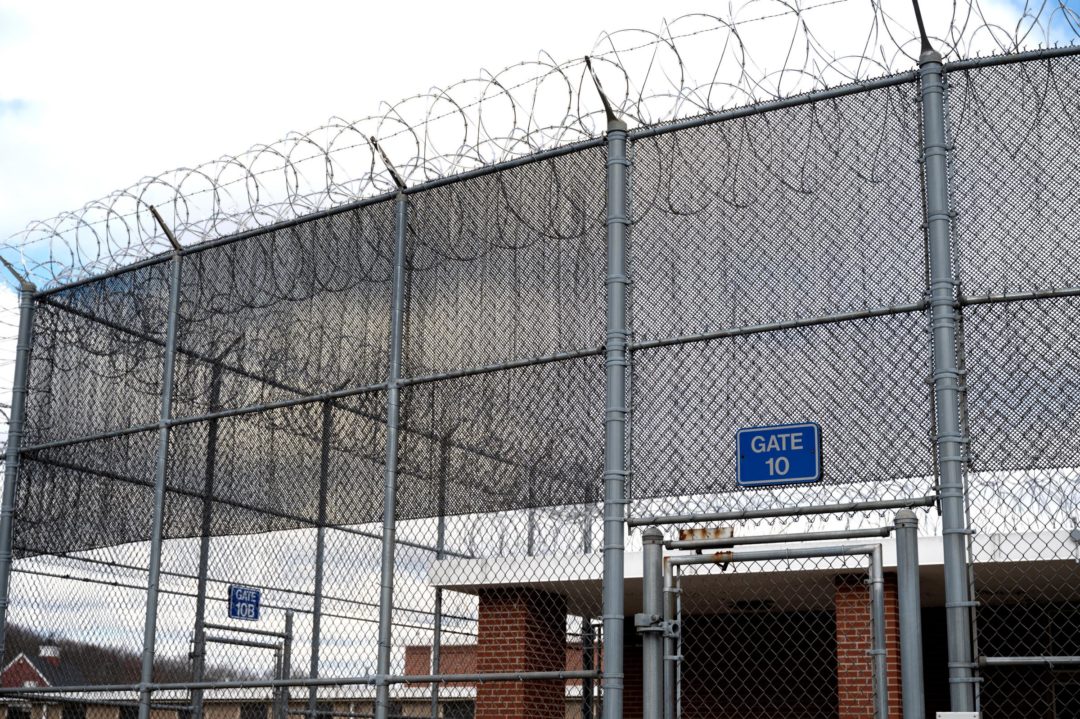 A gate at Corrigan-Radgowski Correctional Center in Uncasville, where multiple inmates have tested positive for COVID-19.

For the third straight day, Fairfield and New Haven counties had the most new coronavirus cases in Connecticut Sunday. The two counties also account for about 80% of the state’s roughly 1,100 coronavirus-related hospitalizations.

Lamont said he was concerned health care workers who are strained to get much needed equipment like ventilators from the federal government may find themselves faced with tough decisions about patient care.

In response, he signed an executive order Sunday that extends a degree of protection to medical workers and related facilities like hospitals, nursing homes, and field clinics.

In a statement, the governor’s office said the order provides protection “from lawsuits for acts or omissions undertaken in good faith in support of the state’s COVID-19 response.”

But there are limitations.

“Such immunity shall not extend to acts or omissions that constitute a crime, fraud, malice, gross negligence, willful misconduct, or would otherwise constitute a false claim or prohibited act,” the executive order reads.

As of Sunday, the state reported a running tally of 5,675 coronavirus cases. A total of 189 state residents have died due to complications from the disease.

The new special enrollment period was created in response to the COVID-19 pandemic. It began on March 19 and was scheduled to end April 2. That window was recently extended to April 17. Coverage for anyone who enrolled between March 19 and April 2 began on April 1.

Anyone who enrolls between April 3 and April 17 will have coverage that takes effect May 1.

Up to 60,000 laptops will soon go to needy high schoolers across Connecticut, the state Department of Education said Saturday.

The laptops are a gift from the Partnership for Connecticut, a public-private non-profit associated with Dalio Philanthropies.

All of Connecticut’s 33 Alliance Districts have applied to get the computers, said Nate Quesnel and Paul Freeman, co-Chairs of the state’s “Learn From Home Task Force,” in a Saturday morning email.

Connecticut’s Alliance Districts serve significant populations of students who are eligible for free or reduced-priced meals. The computers will be distributed to students who demonstrate the most need, the co-chairs said.

In addition, Alliance Districts are also eligible for more than 185,000 learning book packets for pre-kindergarten to 8th grade students. The packets were donated from former PepsiCo CEO Indra Nooyi and her husband, Raj Nooyi.

Connectiut’s schools are officially closed until April 20. But, on Friday, Lamont presented several models outlining how the state predicts COVID-19 will spread over the coming weeks and months.

“It does imply we’re going to go way past April 20,” Lamont said of the school closures.

Meanwhile, a fight at an Enfield prison — which the state said grew out of frustrations with new COVID-19 restrictions — sent one officer to the hospital and dozens of inmates to higher security facilities across the state.

More than 100 prisoners have been relocated to higher security facilities following a fight Saturday afternoon at the Carl Robinson Correctional Institution in Enfield, according to the state Department of Correction.

The fight sent one guard to the hospital and was the latest of several incidents at the prison. A spokesperson for the DOC said the incidents were sparked by the state’s response to COVID-19.

The trouble at Carl Robinson began Friday evening, according to an email from Karen Martucci, a spokesperson for the state Department of Correction.

Martucci said “tension climbed” among inmates over the DOC’s new coronavirus procedures, which limit movement and require meals to be served within the housing units.

The following day, “a fight broke out between three inmates,” Martucci said. During the altercation, “a correctional officer was deliberately punched in the face.”

Martucci said the officer was sent to an area hospital for treatment.

Following the fight, a total of 105 inmates were removed from the prison in Enfield and put in higher security facilities around the state.

Martucci said 19 people were transferred to Northern Correctional Institution, a maximum security facility in Somers. Another 86 individuals were also moved to higher security prisons, despite being “uninvolved” with Saturday’s fight. Martucci said available bed space was at higher level facilities.

It’s unclear if the moves are permanent. “[These] moves reduced the population which is helpful when managing COVID-19,” Martucci said. “I wouldn’t say they are temporary.”

“The department is working around the clock to keep people safe and healthy during an unprecedented heath pandemic. The department has a zero tolerance for acts of violence against DOC personnel, or orchestrated efforts to disrupt operations,” Martucci said.