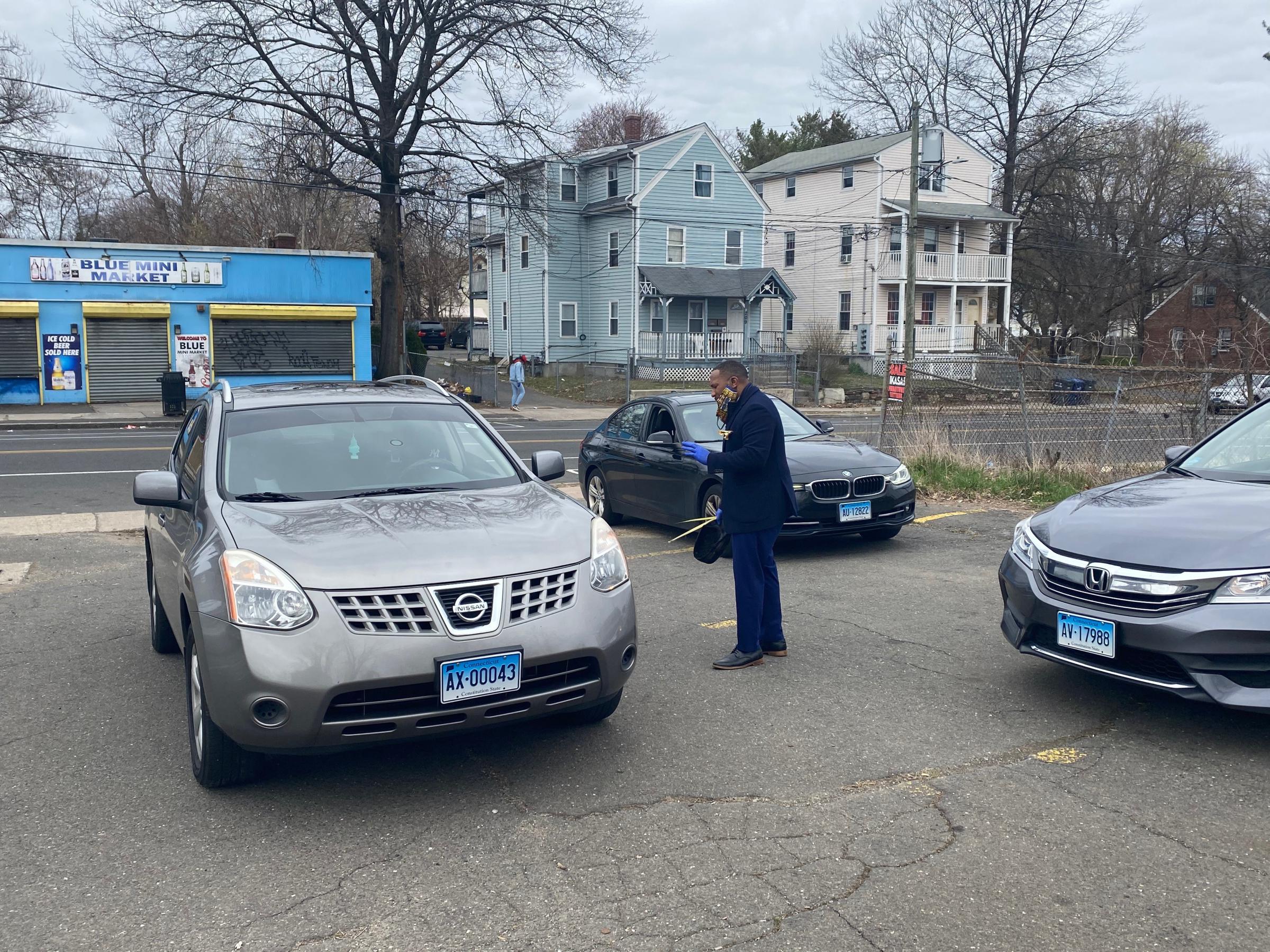 For Christians around the world in self-isolation, the celebration of Easter will be a stark reminder of the impact coronavirus has on their lives.

A pastor in Hartford’s North End will bring his congregation together for Easter while still practicing social distancing — it’s called an Easter drive-in service.

Ashley “AJ” Johnson, the pastor of Urban Hope Refuge Church, used his Palm Sunday service as a sort of trial run. Last Sunday, people were lined up in their cars facing Johnson as he preached, not unlike how families would hop in their cars to take in a drive-in movie back in the day.

Johnson said for weeks he has been preaching online, but for Palm Sunday and Easter he wanted to strike a balance between tradition and the rules of social distancing.

“We have an integrated need to be social,” explained Johnson. “With this pandemic going on, it’s keeping people away who need each other. There’s a real bond when people go to church together. So, when we said that we were going to meet, people were happy, like they were happy just to sit in their cars.”

“There was one lady that was in her car as I preached and she was just crying. She needed to be in that space,” Johnson said. “So, if we can find creative ways to keep contact minimal, or not at all, but still be able to deliver a message and allow people to see each other at least through their windows, that’s an amazing thing and it makes people feel valued, and it makes people feel still connected.”

Johnson said there are some ground rules for the drive-in service.

“Our church is a very talk-back church, right? Folks say ‘amen,’ folks shout ‘alleluia,’” said Johnson. “So, as opposed to you rolling down your window and shouting ‘amen,’ if you want to say ‘amen,’ let your wipers do this. If you want to say ‘alleluia,’ beep your horn two times. All that energy from cars doing that is pretty interesting. Folks started coming out of their homes and listening to the service.”

Johnson said he’s been thinking a lot about what he’ll say to his congregants on Sunday. He said that, as he stands in front of the rows of cars on what will surely be the strangest Easter ever, the method may change, but the message will not.

“I hope the resurrection of Christ on Sunday brings a message that people will know that no matter where I am in my life, I can move forward. This can be an opportunity for me to move forward even in a pandemic,” said Johnson.

Johnson is expecting a decent crowd, so he has moved the Easter drive-in service to the parking lot of Unity Plaza in Hartford. He said it’s the same parking lot where the late African American politician Shirley Chisholm gave a stump speech during her historic run for president in 1972.