This is the group's second lawsuit addressing the issue this month 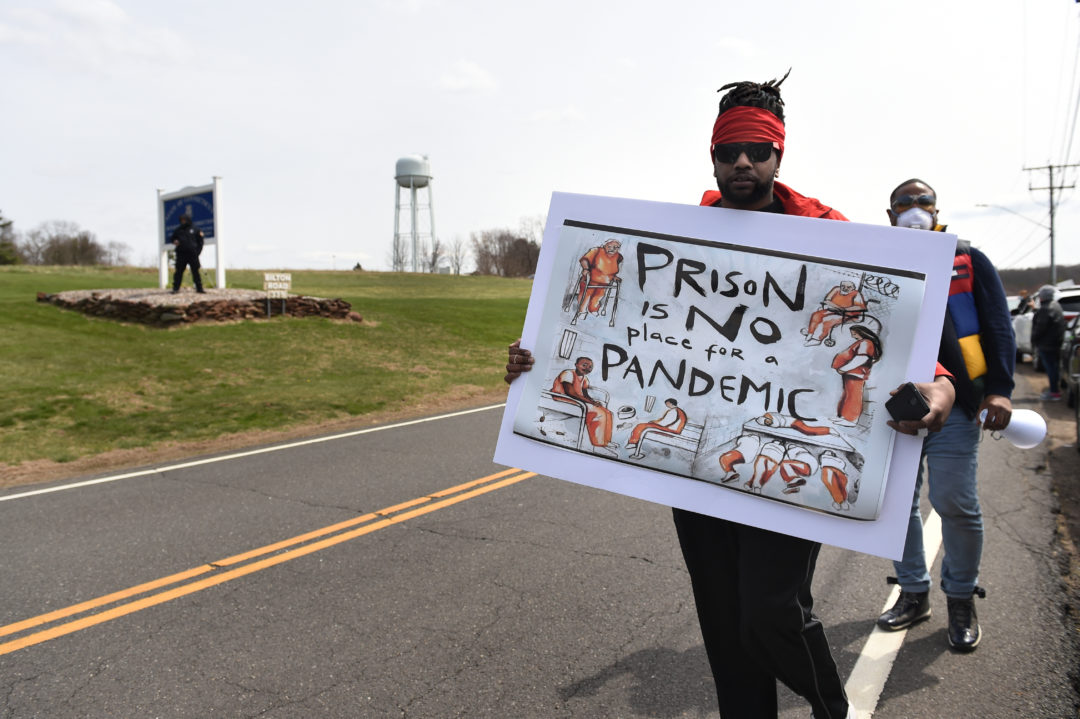 The ACLU of Connecticut filed a class-action federal lawsuit late Monday night on behalf of the state’s incarcerated population, trying to force the release of inmates to mitigate the spread of COVID-19.

This is the second lawsuit the group has filed this month to reduce the prison population here. The previous lawsuit, filed in state court, remains ongoing.

“Everything that’s available to use, we’re going to use to try to protect people inside,” said Dan Barrett, the ACLU of Connecticut’s legal director, calling the federal suit “another angle of attack.”

The new lawsuit calls on the state to release all incarcerated people age 50 and older — there were 2,983 people behind bars age 46 or older as of April 1 — and those with severe medical conditions that put them at higher risk of severe illness or death from COVID-19. The suit’s five incarcerated plaintiffs represent Connecticut’s sentenced and pretrial populations.

COVID-19 is more fatal in people over 60, but research shows those behind bars tend to be 10 to 15 years older physiologically than their actual chronological age.

“They tend to basically have harder lives and less opportunity for the kind of health care that you or I might gave gotten along the way,” Barrett said. “They will have a cascade of health problems that people their age will not tend to have at as high a frequency.”

Connecticut’s prisons and jails have become hotspots for the virus. As of Monday, 293 inmates and 202 staff have tested positive for COVID-19, a sharp increase from the April 2 numbers, 8 inmates and 16 staff.

In the 18 days between when the ACLU filed the state suit and when it filed this new action, the Department of Correction has transferred 183 inmates to Northern Correctional Institution, the state’s most secure prison, where it holds the majority of the COVID-19-positive prison population. That facility is primarily known for its disorienting conditions and use of solitary confinement. In February the United Nations said Northern’s condition of confinement could amount to torture.

The lawsuit notes a number of issues with using Northern as the main prison to house those infected with the virus. For one, “pervasive fear of Northern has deterred people from reporting symptoms.” Moreover, the suit claims, not all of those with the virus have been transferred there, and some who have were then prematurely returned to other correctional facilities. And, the suit says, those who are not transferred to Northern are not adequately screened, quarantined or protected from the virus.

The class action also claims that sanitation practices in state correctional facilities are inadequate. Many inmates congregate in close quarters, making it impossible to practice social distancing. Many others do not have access to appropriate cleaning supplies, and facilities are not cleaned frequently enough, or with adequate cleaning supplies, to prevent the spread of the virus, the suit alleges.

Yale joins the cause

“As experts in public health and medicine, we wish to express clearly and unequivocally that the most effective measure to ensure the safety and wellbeing of incarcerated individuals is to thoughtfully release a substantial portion of the State’s prison population,” the letter states. The medical professionals recommended the state rent vacant hotels and college dorms for people released.

Additionally, the letter offers solutions to keeping those still behind bars safer. Those who test positive for the virus be placed in medical isolation, not solitary confinement, they wrote. They also recommended that the DOC discontinue sending sick individuals to Northern and make its plans for management and prevention of COVID-19 for each facility publicly available. Those plans should include free and readily available hand sanitizer and personal protective gear for inmates, they wrote. Finally, they pushed the idea of creating a committee to act on reports of medical neglect, unsanitary conditions, or protocol violation.

“We have an ethical responsibility to protect vulnerable communities in these dark times,” they said.

There has been a dramatic reduction in the incarcerated population since the onset of COVID-19: there are 1,097 fewer people in state prisons and jails today than on March 1, according to state data. The number of people with convictions fell by 741 between March 1 and April 17; the number of people held pretrial fell by 227 over the same timeframe.

“They’re not doing anything fast enough,” he said. “That includes not getting people out of harm’s way and providing for proper sanitation and medical care within each facility.”

A judge is expected to rule in the state suit by the end of the month.

“If the state courts enters an order that fixes the problem, there’s nothing for the federal court to do,” Barrett said. “That would be a delightful problem for us. There really isn’t a minute to waste.”