Left in the dark: families with loved ones in Danbury prison 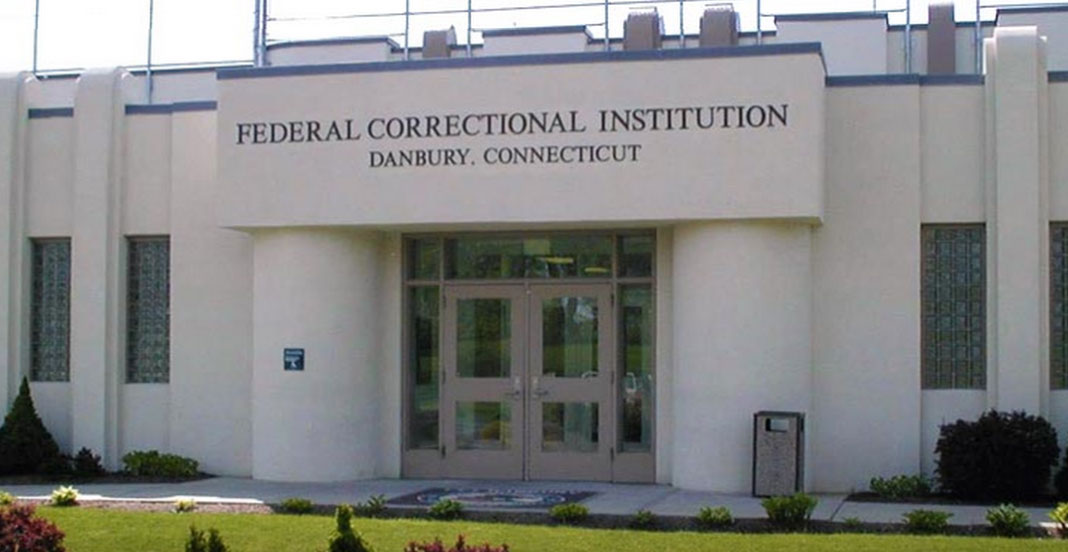 The Federal Correctional Institution in Danbury.

COVID-19 has made it much harder for Greg Wozniak to talk with his wife Donna.

He hasn’t seen her for six weeks, a long time apart for a couple that has been married 40 years. Phone calls, an invisible lifeline that connects Donna, who is serving time at the Federal Correctional Institution in Danbury, to Greg in their home in York County, PA, have been hard to schedule. She spends 23 hours of each day in her cell because of the coronavirus. When she’s allowed to leave it, she has to decide whether she wants to spend her 60 minutes of free time going for a walk, breathing fresh air or waiting in line to use a phone.

Donna has been incarcerated at the federal prison since May 2018, after being sentenced to seven years for embezzling millions from her employer. Much like the 6.5 million adults in the United States who also have an immediate family member behind bars, Wozniak feels like he and Donna’s two children and five grandchildren are serving the prison time with her.

“She made a mistake, and now we’re all paying dearly,” he said. “We miss her terribly.”

Wozniak worries what will happen to Donna if she catches COVID-19 while she is locked up. She’s 60, diabetic and has a lung with diminished capacity along with a history of pneumonia and bronchitis — conditions that could make her vulnerable to complications from the virus.

He’s hopeful Donna will be released so she won’t have to face an outbreak in prison. Attorney General William Barr has issued two memos directing the Bureau of Prisons to release some inmates to home confinement. But Wozniak said it has been difficult to track who is being released, and when, or who is even eligible to serve part of their sentence from home. Authorities appear to constantly change the policies, causing widespread fear among incarcerated people and their families. 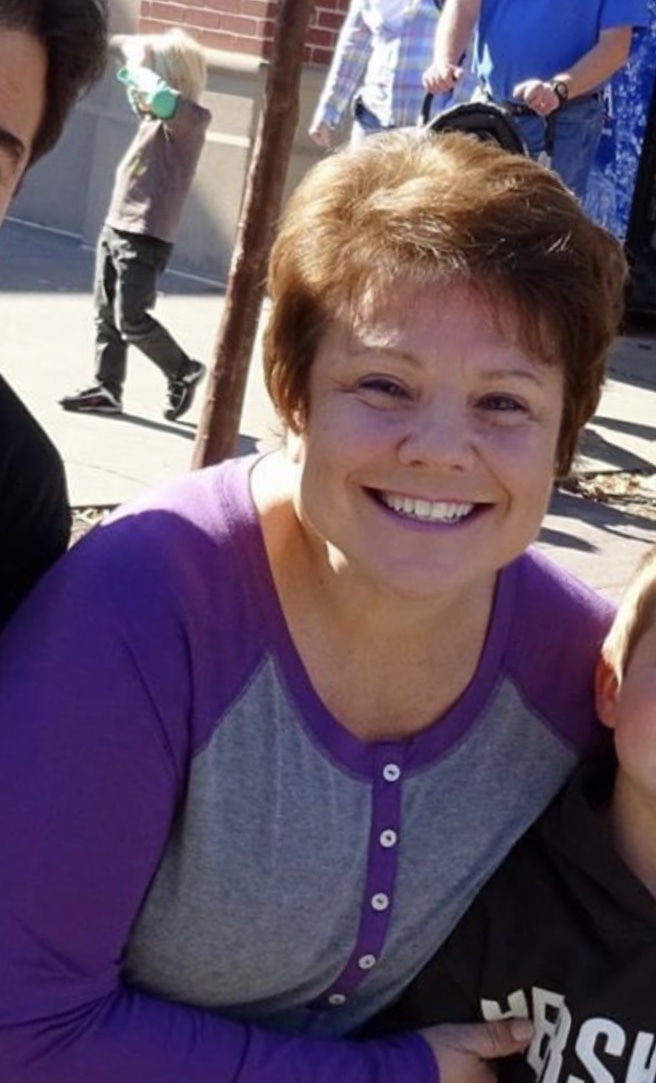 Donna Wozniak has been in custody at the Danbury federal prison for two years. Her husband Greg hopes she is released to home confinement so she doesn’t catch COVID-19 while there.

“Every day they move the goal posts,  so there’s confusion on all sides,” Wozniak wrote in an email to the CT Mirror.

His concerns were recently echoed by a prominent voice. U.S. Rep. Jahana Hayes, a Democrat whose district includes the Danbury federal prison, wrote in a Medium post published Wednesday that families have been repeatedly contacting her office, desperate for information on their incarcerated loved ones.

“Although the Bureau of Prisons has publicized the steps they are taking to try and mitigate the spread of the virus, the public is given little to no assurance that these guidelines are being implemented correctly at each individual federal correctional institution,” Hayes wrote. She said she has spoken to federal authorities and the warden of the Danbury prison about improving their communication with families of incarcerated loved ones about what they’re doing to mitigate the spread of COVID-19.

Congress, the Bureau of Prisons and Department of Justice must work together to protect the incarcerated and employees working in correctional centers, she added.

The low-security Danbury federal prison houses 1,046 men and women. As of April 23, 14 inmates at the Danbury prison and 30 staff were infected with the virus; one incarcerated person has died.

The pandemic has pushed officials to lower the population in federal prisons to limit the spread of the virus. On March 26, Barr issued a memo directing the Bureau of Prisons to transfer some incarcerated people to home confinement to spare them from catching COVID-19 behind bars. Prison officials were ordered to consider “the totality of the circumstances for each individual inmate, the statutory requirements for home confinement” and a range of discretionary factors, including each inmate’s age, behavior, criminal conviction and whether they have a reentry plan that will “prevent recidivism and maximize public safety.”

On April 3, Barr ordered the expedited release of prisoners to home confinement at facilities in Danbury; Oakdale, La.; and Elkton, Ohio where cases of COVID-19 had been spiking. In accordance with the CARES Act recently passed by Congress, he also expanded eligibility for home confinement to all at-risk inmates, not just those previously eligible for transfer.

A bureau spokesperson said in an email the agency is reviewing all inmates who have COVID-19 risk factors to determine who is suitable for home confinement. Inmates do not need to apply for review.

“We are deeply concerned for the health and welfare of those inmates who are entrusted to our care, and for our staff, their families, and the communities we live and work in,” Scott Taylor, the spokesperson, said in an email. “It is our highest priority to continue to do everything we can to mitigate the spread of COVID-19 in our facilities.”

All those approved for home confinement are quarantined for 14 days before they are released.

The Bureau of Prison has released about 1,500  people to home confinement since March 26, according to its website. Agency spokespeople said they were unable to provide the number of people sent to home confinement from the Danbury correctional institution, and did not answer how that prison’s warden is determining who is eligible to be released.

Staff say the prison is releasing people to prevent the spread of the virus. But not so many that they’ve noticed a dramatic population decline.

“We have inmates leave all the time, so it’s not like they’re trucking out 50 inmates at a clip,” said Drew Ueberroth, a correction officer and president of AFGE Local 1661. “There hasn’t been a mass exodus or anything like that.”

Ueberroth said the penitentiary is short-staffed because of COVID-19, though things have gotten better since other employees were sent to the prison from a regional office. He estimates about 35 workers are home sick currently. Those who remain often get mandated to work overtime.

Personal protective equipment was in short supply several weeks ago, Ueberroth said. He thinks that could have exacerbated the spread among correctional staff and incarcerated population. They have more masks now, but they aren’t readily available throughout the facility.

“We have to hunt for it,” said Ueberroth.

Prison policies have changed several times since the virus made its way to southern Connecticut, Ueberroth said, and the federal facility’s response to the virus appeared to lag behind states’ correctional systems. Many states’ Departments of Correction suspended family visits before the federal prison followed suit, he said, and administrators were slow to roll out more nuanced screening procedures.

“The daily guidance from the agency changes every other day,” Ueberroth said. “I just think the agency as a whole is very reactive. They don’t plan things out. They wait until it’s right on their doorstep before they want to act and intervene on something.”

Wozniak is also used to shifting policies from the Danbury prison. He spends a lot of time reading Barr’s memos and trying to understand how they’re determining who will be released to home confinement.

Though the bureau has prioritized releasing those who have served a certain portion of their sentences, or who have a relatively short time left to serve, those “priority factors are subject to deviation in [the bureau’s] discretion in certain circumstances and are subject to revision as the situation progresses,” reads an affidavit filed by a federal prison official on Thursday.

“This is so God-darn confusing and convoluted,” Wozniak said.

If Donna is approved to serve part of her sentence at home, Wozniak would drive the four hours to pick her up in their car. They’d go straight to Walmart to pick up some comfortable clothes, since she’s been wearing prison garb for two years. Maybe they’d stop at Burger King, Wozniak suggested.

“And then we would drive home as fast as we can.”

Information about the conditions facing prison guards and inmates is sometimes difficult to obtain. We’re looking for more sources and could use help in making sure our journalism is focused on the right issues.
Email us your information at tips@ctmirror.org.

Gov. Ned Lamont praised police and protesters for constructive engagement after the death of George Floyd.

Police demonstrate their solidarity with the protesters.