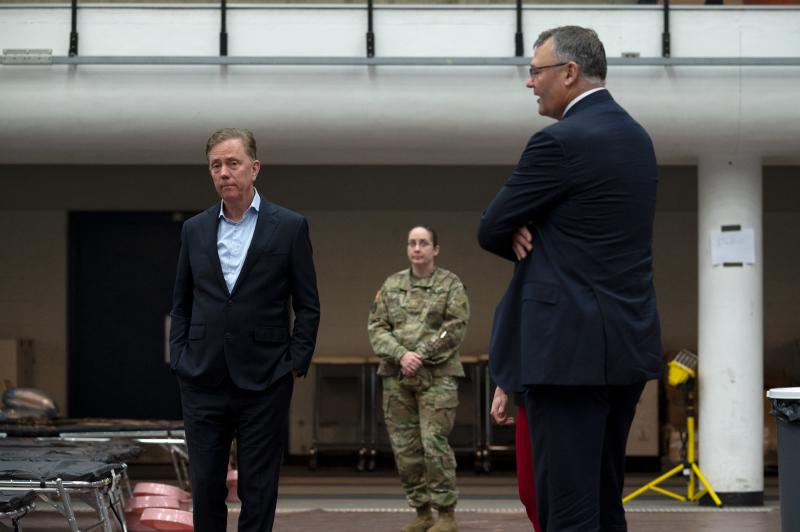 State contracting standards will be temporarily modified through Lamont’s latest executive order – his 34th – since declaring public health and civil preparedness emergencies more than 50 days ago.

In an order signed Thursday, the governor temporarily waives certain rules that usually govern state contracts, such as competitive bidding for supply purchases and contractual services.

Citing the ongoing COVID-19 pandemic, Lamont will modify those standards to “expedite” what his administration is calling the “essential services” needed to combat the spread of COVID-19 around the state.

As a result, the order temporarily waives contracting rules surrounding the purchase of goods and services like COVID testing, cleaning, security, and other “critical care” supports such as food, housing, and state delivery of such supports.

“It is critical to the protection of the public health and safety that state agencies be able to procure essential services in high demand and in low supply as expeditiously as possible to limit the harm of the COVID-19 pandemic,” the order said.

On Thursday, Lamont said Connecticut’s shuttered economy could begin to reopen in phases on May 20, starting with a limited number of businesses abiding by strict social distancing.

Less than a day later, Senate Republican Leader Len Fasano wrote to Lamont expressing his concerns about waiting until May 20 to start the process.

“Connecticut’s large retailers are already open and have been operating throughout the pandemic by implementing multiple safety precautions,” Fasano wrote. “Why can’t smaller retail stores, which have less foot traffic and are easier to clean and manage, reopen next week using the same methodology as the big stores that have been open even during the peak of the pandemic?”

Lamont has said any reopening strategy is dependent on adequate testing and a persistent decline in coronavirus cases, both of which he said Thursday are not at the levels public health experts recommend before the state moves forward with any broad re-opening strategy.

Unions and community activists in Connecticut are renewing calls for the governor to establish a fund to help undocumented workers who are suffering during the pandemic.

A May Day event Friday for International Workers Day, included car caravans in Hartford and New Haven, as well a virtual rally held via Zoom.

Speakers called on the state government to prioritize poor communities in planning for economic recovery.

“We can do better than this, for this to be the most powerful country in the world, it is weak. It should not have taken COVID for us to say let’s respect the black, brown and immigrant workers,” John said.

The combined organizations want to see all workers who are still on the job be given hazard pay, proper protective equipment and guaranteed paid sick leave.

Asked during his late-morning press briefing Friday about the demands made at the rally, Lamont did not address the specific difficulties of undocumented communities. He reiterated the steps that the administration is taking to provide equipment, testing and childcare for all front line workers.

A coalition of parents, educators, and staff wrote Friday that continued state investment in education is “critical” as distance learning goes on and districts develop plans about how to move forward with teaching students during a global pandemic.

Lamont has not announced if students in Connecticut will return to school this spring. He’s expected to address the issue early next week, but he has indicated a statewide return this spring is unlikely.

In their letter, the coalition cautioned Lamont against making any reductions in state aid to school districts. The group said federal stimulus dollars for education should not supplant planned state aid to districts and that educator and support jobs need to be protected as Connecticut stares down a projected $7 billion budget deficit between now and the middle of 2023.