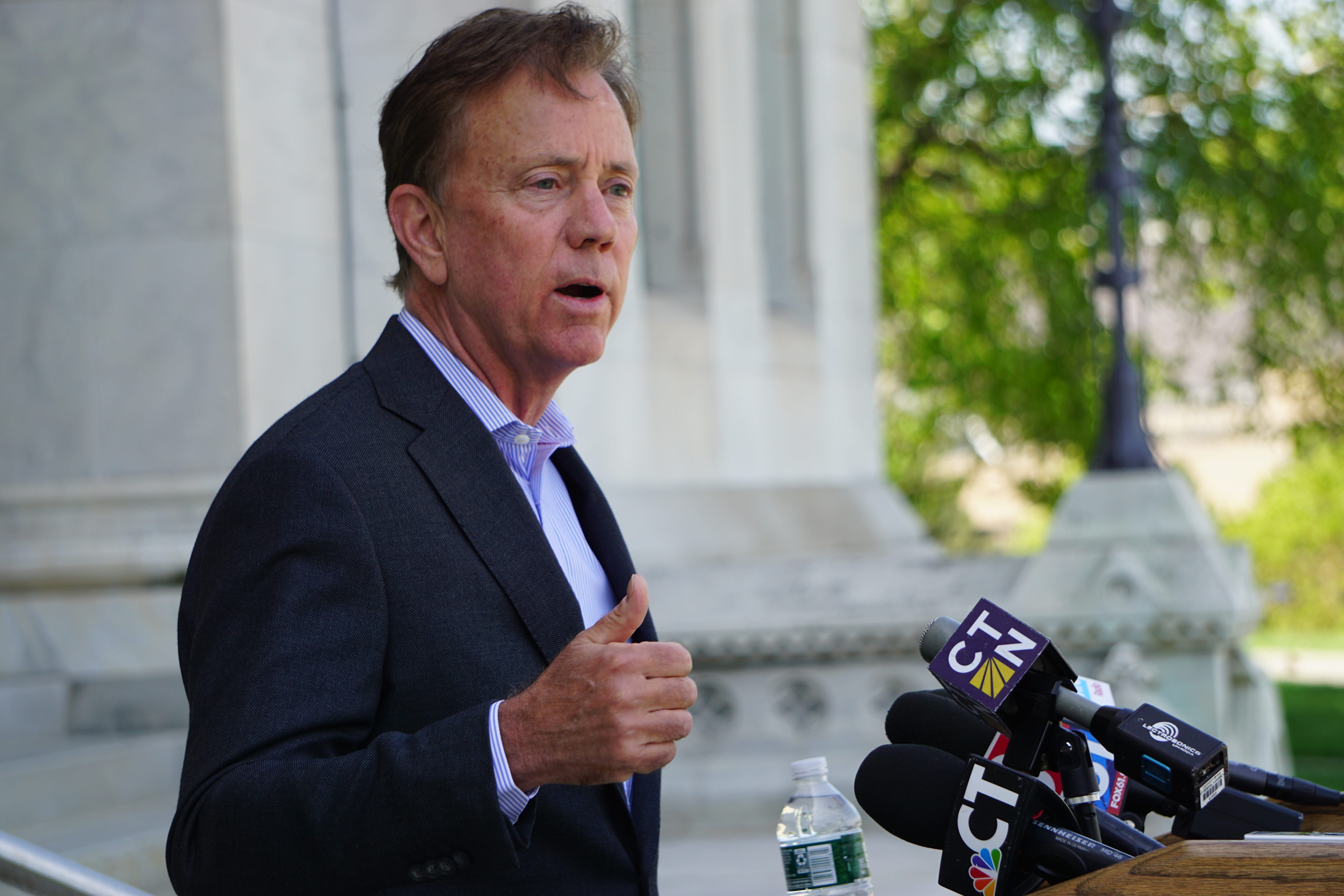 Connecticut’s continuing decline in the number of daily hospitalizations, as well as an uptick in testing capabilities, has both state officials and federal health experts confident that Wednesday’s reopening will be successful.

Dr. Scott Gottlieb, a Westport resident and former commissioner of the U.S. Food and Drug Administration under the Trump Administration, joined the state daily briefing remotely on Tuesday.

“We’re at a point in this state that we can start to contemplate a thoughtful stage of reopening of economic activity, having been successful at flattening the curve and making sure that the health care system didn’t get overwhelmed,” he said. “Now we’re at that moment to try to restart activity in a thoughtful way.”

On the eve of Connecticut’s first phase of reopening, 914 people are currently hospitalized for COVID-19, a drop of six people from Monday.

The state reported that more than 7,800 diagnostic tests were done since Monday, with about 4% testing positive. An additional 23 people have died, bringing the total number of COVID-19-associated deaths to 3,472.

“It is a balance and there is nothing that is risk free,” said Gov. Ned Lamont, “but I think given the metrics put in place with the best scientific team any state has been able to put together, we’ve hit those metrics. We are exceeding those metrics. We can proceed on a basis with these businesses least likely to be dangerous and provide an economic value for the state.”

Gottlieb said even as people resume social activities and interactions, it’ll be important to maintain protective measures in order to reduce transmission of the virus and avoid more outbreaks – wearing masks, limiting gatherings to small groups, keeping up good handwashing and hygiene, and social distancing will be effective.

But there will inevitably be a jump in cases at the beginning of reopening, he said.

“We know that there’s going to be an uptick in cases. We expected that,” Gottlieb said. “We’re going to see more hospitalizations, we’re going to see cases grow and that’s why it’s important to have a staged reopening as this state is doing.”

Summer months could slow the outbreak, but vaccine this year unlikely

Gottlieb said that, according to new research and data, the hot summer months will likely bring down the number of new COVID-19 cases. But states and communities should be prepared for a resurgence in the fall, especially areas of the country like the Northeast where the weather turns cold again and seasonal influenza picks up.

As for a widely-distributed vaccine for COVID-19, Dr. Ezekiel Emanuel, also at Tuesday’s state briefing, is skeptical that one will be available by the end of this year. Emanuel, a bioethicist, is the vice provost for global initiatives and chair of the University of Pennsylvania’s Medical Ethics And Health Policy department. He was a special advisor on health policy to the Obama administration.

“I think the vaccine solves a lot of problems,” he said, “but I don’t think we should be overly optimistic and give people a false sense of, by the end of the year, we’re going to have something.”

Even when a vaccine is approved after large clinical trial testing, Emanuel said there are then challenges with mass producing and distributing vaccines throughout the country. He said that likely won’t happen until next year.

The governor has directed all U.S. and state flags in Connecticut to return to full-staff at sunset today. The flags have been flying at half-staff since early April “in recognition and mourning of all those who have lost their lives and been affected by COVID-19.”

In an April 8 statement, the governor’s office ordered flags to remain lowered throughout the emergency.

Reopening, one zoo at a time

The Beardsley Zoo in Bridgeport has announced that it will reopen on June 1, joining other Connecticut businesses and attractions that are welcoming back customers and visitors.

The non-profit is putting in place new cleaning protocols, social distancing guidelines for guests and other safety measures to comply with the state’s reopening requirements. All guests over the age of 2 years old will be asked to wear masks, and groups will need to keep at least a 6-foot distance from other people.

“The safety of our guests, staff and animals is our number one priority,” Gregg Dancho, zoo director, said in a media release. “We ask for everyone’s patience as we work through our new requirements in an unprecedented environment.”

All buildings will be closed with the exception of restrooms, and guests are encouraged to bring their own strollers or wheelchairs as rentals will not be available.

To allow for no more than 50% capacity at any time, guests can visit either during the morning session or the afternoon one. The zoo will close for an hour in between for cleaning.

The zoo houses 300 animals and is in its 98th year of operation.