This Juneteenth is different 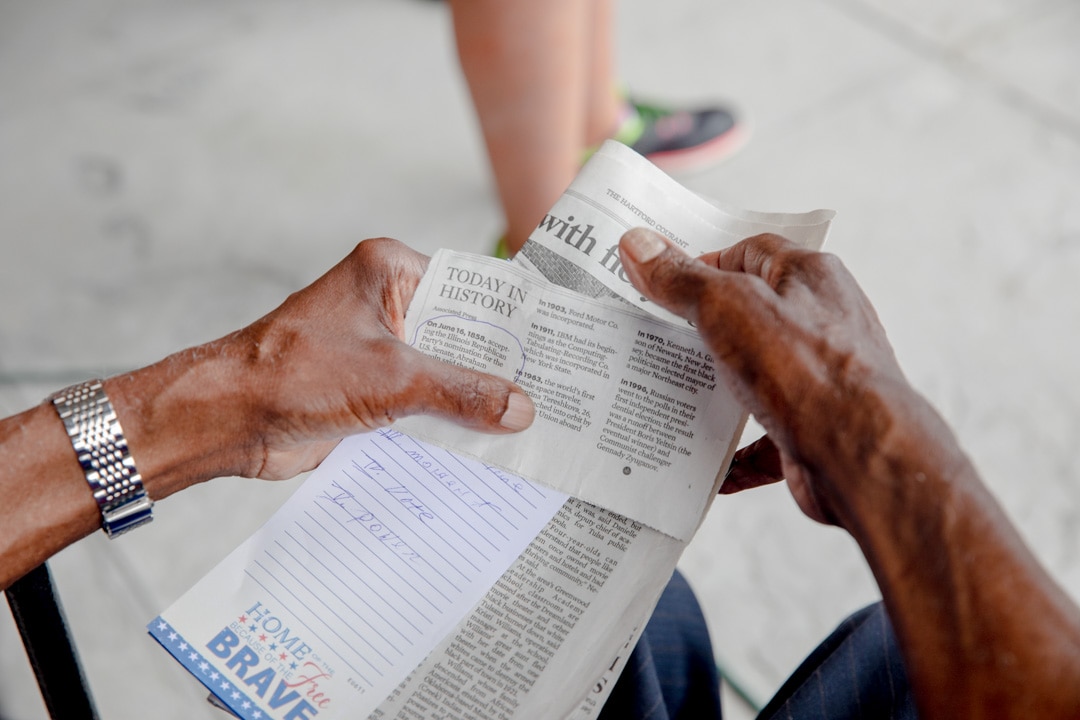 Joseph Ward, 90, looks through his notes, including a clipping about the historic importance of Juneteenth, before giving a speech to protesters on Friday at Bushnell Park. Ward encouraged protesters to vote to make changes in his speech.

Tucked away deep in the bowels of the Connecticut General Statutes is a small paragraph requiring the governor to annually declare a Saturday in June “Juneteenth Independence Day.”

For a lot of Connecticut residents who aren’t African American, it’s likely that in the past they’ve paid little attention to Juneteenth.

This year is different. A holiday celebrating the final end of slavery in the United States has taken on a great deal more significance in the wake George Floyd’s death and the subsequent mass protests calling for a halt to police violence against minorities.

A Juneteenth holiday was an idea that came about because of events at the end of the Civil War. Despite the defeat of the Confederacy, many Texas slaveholders refused to acknowledge the Emancipation Proclamation President Abraham Lincoln had issued more than two years earlier, and continued to keep African Americans in bondage.

June 19, 1865 was the day that Union troops reached Galveston, Texas and issued an order declaring that “all slaves are free” and making it clear that emancipation would be enforced. The 13th amendment to the U.S. Constitution, which formally banned slavery forever in the U.S., was also passed by Congress and ratified in December, 1865. 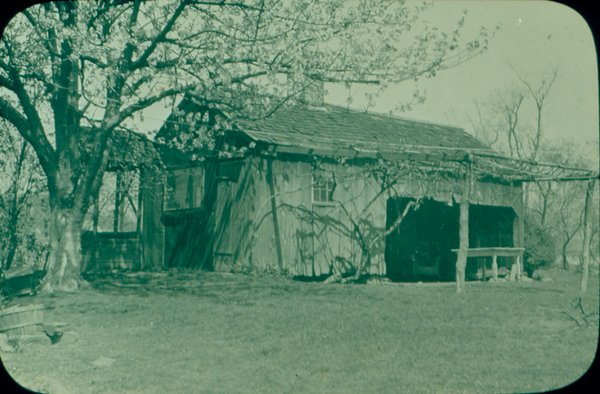 Slave Quarters at Gold Selleck Silliman’s house. Silliman, a military and political leader during the Revolutionary War, was one of the larger slaveowners in Connecticut.

The following year, freed slaves in Texas began celebrating on June 19 as their Independence Day with parades, cookouts, prayer meetings and other events. Many Texas communities eventually conducted local Juneteenth holidays and the practice spread across the U.S. as African Americans migrated out of Texas.

In 1980, Juneteenth became an official state holiday in Texas. Since then, most U.S. states have enacted legislation to mark the date as a holiday or with a special observance.

Connecticut’s turn came in 2003 when the General Assembly voted unanimously to require the governor to “proclaim the Saturday that is closest to June 19th of each year to be Juneteenth Independence Day in recognition of the formal emancipation of enslaved African Americans.”

Former state Rep. Bill Dyson of New Haven, an African American lawmaker who was in the General Assembly when that bill was passed, said he believes the time has come to make Juneteenth a full state holiday.

“It’s an opportunity to enlighten people about things they have failed to recognize for a long, long time,” Dyson said. 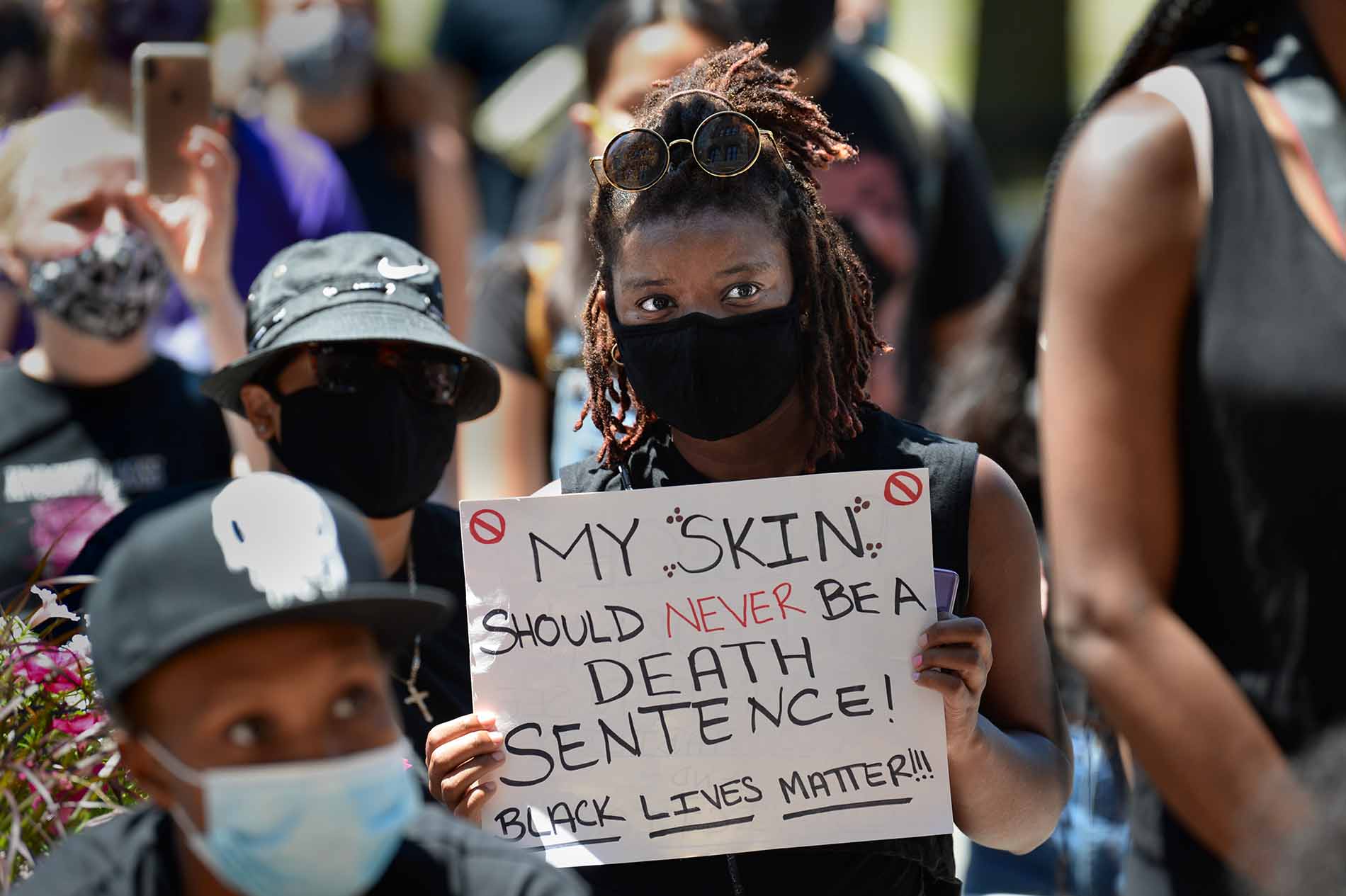 Nelly Marcellus, of West Haven, listens to a speaker during a rally Friday in front of New Haven City Hall, part of a march in commemoration of Juneteenth, a celebration of the emancipation of enslaved people in the United States.

Now there are calls in Congress to make Juneteenth an official federal holiday, and proposals that Connecticut’s General Assembly make the celebration an official state holiday rather than simply marking the day with a proclamation.

Gov. Ned Lamont said earlier this week that he is open to discussing an official Juneteenth holiday with lawmakers. The governor said he will “see what the appetite for that is.”

“Are we losing a day of work? We’ve got Martin Luther King Day,” Lamont said at an event in New Britain. “But really, given George Floyd, we know this is a special time to pay attention to racial justice.”