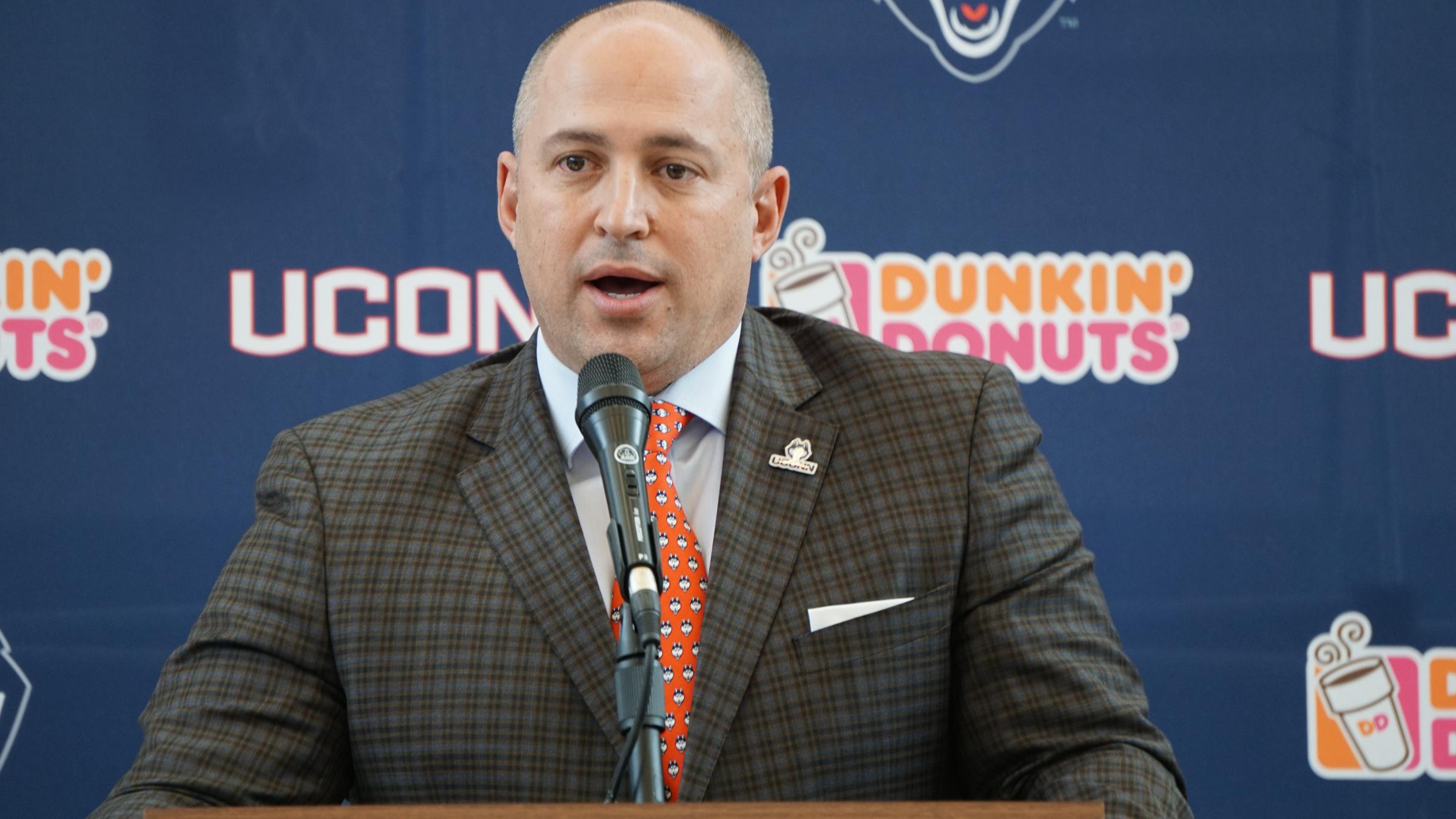 The University of Connecticut is cancelling its football team’s 2020 season because of the risk of COVID-19.

UConn coach Randy Edsall said he couldn’t get his players ready without jeopardizing their health. While he said no one has so far tested positive for COVID-19, his staff has had to isolate some players who’ve exhibited symptoms.

“We had 14 opportunities – as of the end of last week – to have our guys on the field and to work with them,” Edsall said. “We only had 30% of our players participate in those workouts.”

UConn is in a unique position. Other programs affiliated with conferences are only playing games with league rivals. That left UConn, which is independent, with half of its schedule in flux.

David Benedict, the school’s athletic director, said he still could have found opponents to fill out the schedule.

“The number of calls and emails and text messages that I’ve received over the last couple of weeks inquiring about schools wanting to put together games, that would not have been a problem,” Benedict said. “However, it would not have looked the same as our schedule did entering the season.”

Citing player safety, coach Edsall said he’d come to the same conclusion even if the school belonged to one of the major NCAA FBS conferences.

“There are many health concerns and not enough is known about the potential long-term effects of contracting COVID-19,” said Van Demark. “Additionally, we have not had optimal time to train mentally and physically to be properly prepared to compete this season.”

Players like Van Demark will still get to continue their academic careers and they’ll have access to school athletic facilities.

The cancellation happens as the school deals with the economic pains of the pandemic. UConn returned about $30 million to its students in unused room and board when they left campus to complete the spring semester online.

That’s on top of financial woes for the school’s athletic department, which earlier this year reported to the NCAA a deficit of $42.3 million and then cut four sports teams to save $10 million. The school’s struggling football team and its difficulties generating revenue contributes to those woes.

Benedict was asked during Tuesday’s call with reporters if not holding football this year actually saves the athletic department money.

“We didn’t make this decision based on the finances of it,” Benedict said.

There’s also the matter of contracts, according to the athletic director, that need to be worked out without commitments being fulfilled – like game agreements with other schools and a rental accord with the Capital Region Development Authority to use Pratt and Whitney Stadium at Rentschler Field in East Hartford.

As for the fate of other UConn fall sports offerings, Benedict said those athletes aren’t even on campus yet and the earliest they’d play games would be October.

Many of those programs belong to the Big East conference. Members of that league will play only each other this fall in an effort to cut down on travel and thus, mitigate student exposure to COVID-19.