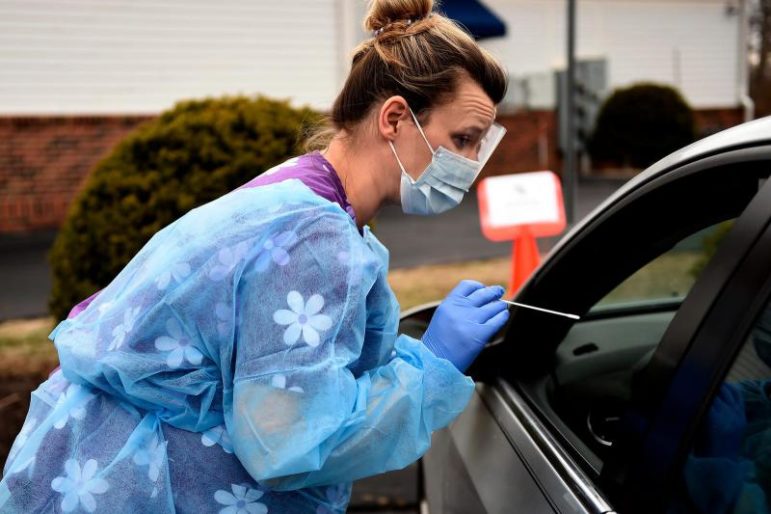 Connecticut public health officials have issued an alert to Danbury residents after what the state is calling a “significant spike” in new coronavirus cases.

The state is urging people in the city to “stay home if possible, avoid unnecessary outings, limit indoor gatherings to only those you live with, [and] refrain from attending large church services or outdoor gatherings.”

In a press release, the state said it issued the alert “after a significant increase in cases in the last two weeks, with much of the outbreak related to recent domestic and international travel.”

The state says Danbury recorded at least 178 new COVID-19 cases between Aug. 2 and Aug. 20; only 40 had been reported the two weeks prior.

“This is a serious outbreak in Danbury and we really need an all hands on deck approach. We need everyone in Danbury to take extreme precaution,” said acting DPH Commissioner Deidre Gifford. “We appreciate the partnership with municipal and health department leadership in Danbury, as well as health care providers that have testing sites available for members of the community. We are urging anyone who thinks they may have been exposed to get tested as soon as possible, stay home until your test results are known and stay at home for 10 days if you test positive.”

“We’re urging anyone who thinks they may have been exposed to get tested ASAP,” he said.

Connecticut has reported 51,519 cases of COVID-19 and 4,460 associated deaths. As of Friday, 54 patients were hospitalized in the state with COVID-19.

This story was first published Aug. 21, 2020, by Connecticut Public Radio.