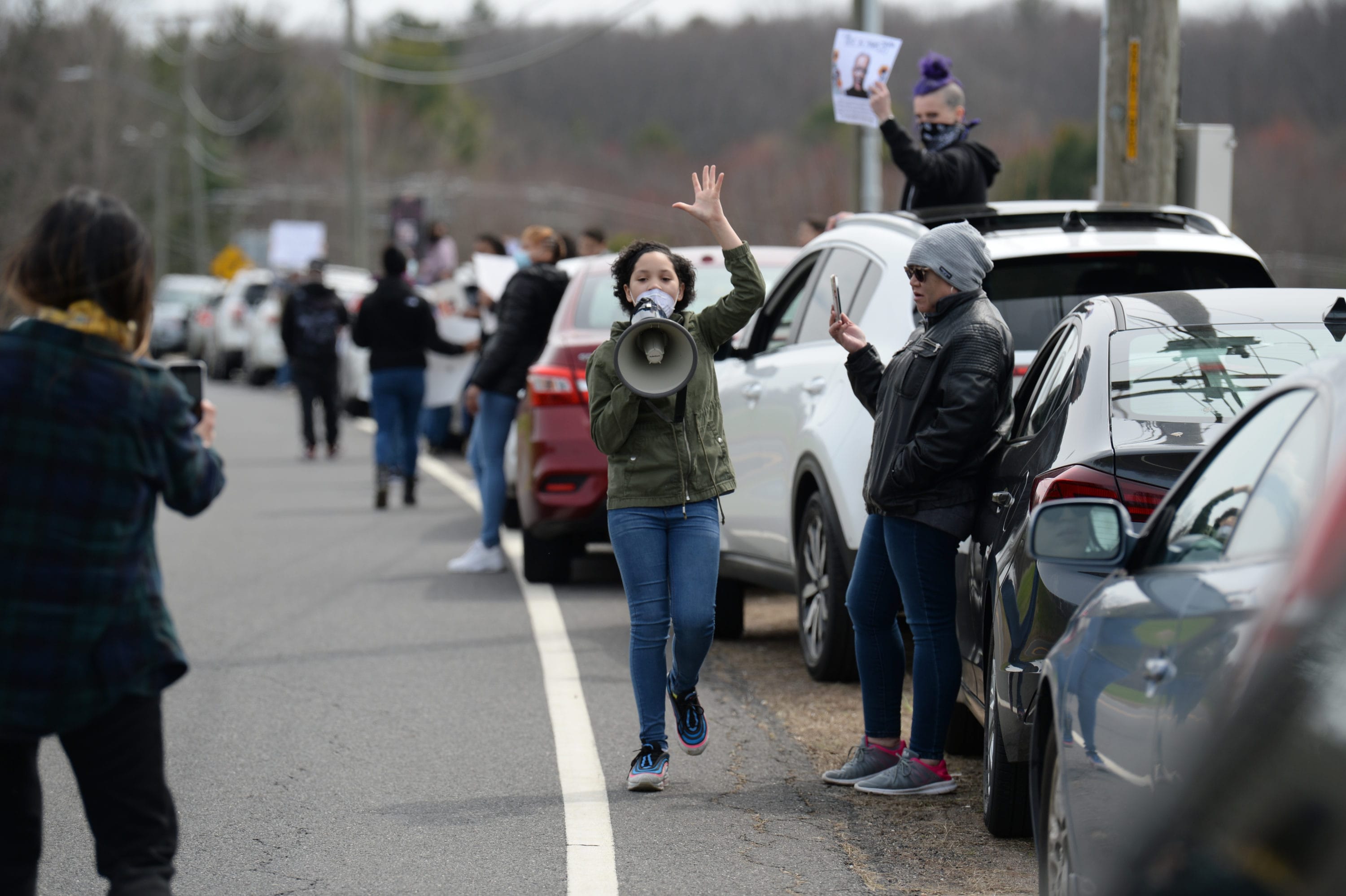 A young girl chants “Free them all!” through a megaphone during a protest in front of Northern Correctional Institution in Somers demanding the release of prisoners at risk of infection from the COVID-19 pandemic.

Very few incarcerated people currently have the virus. Seven people are asymptomatic; no incarcerated person has shown symptoms of COVID-19 since Sept. 2.

There were 9,387 people locked up in Connecticut’s 14 correctional facilities as of Sept. 25.

The agency is in the process of testing all of its staff that directly interact with the incarcerated population. More than 10,000 corrections staff have been tested since mid-July, and 13 had asymptomatic positive results, according to the press release

“I am pleased, but not surprised by the drop in the percentage of offenders whose tests results came back positive,” said Commissioner Designate Angel Quiros. “The correctional and health care staff have done an incredible job throughout the pandemic – I am truly grateful for their commitment to this Agency; I cannot thank them enough. However, this is no time for a victory lap, we must maintain our vigilance to prevent a resurgence of the virus in the future. We will continue to prepare and adjust our response so that we are prepared for whatever comes next.”

The department credited its lower positivity rate to staff thoroughly cleaning the correctional facilities, and to widespread mask-wearing by both inmates and corrections staff.

Advocates maintain, though, that mask compliance among staffers remains low. The ACLU of Connecticut has set up a hotline for the incarcerated and their families to pass along information about conditions inside prisons and jails.

“We have heard reports from incarcerated people inside that corrections staff are not wearing masks inside the facility,” said Melvin Medina, the organization’s public policy and advocacy director.

Abiding by the terms of a settlement agreement from when the ACLU sued the corrections department earlier this year, the DOC just provided the ACLU with data on COVID-19 testing and discretionary releases, which in part have contributed to a decline of more than 3,000 people in state correctional facilities since the onset of the pandemic.

In August, the department reviewed 327 people for discretionary release. Its approval rate was 45%.  These figures do not provide context; there is no racial or ethnic breakdown on those approved or denied for release, how close an inmate was to the end of their sentence or whether COVID-19 was a factor in them getting out of prison or jail.

Medina said the “unnecessarily vague” data set makes it impossible to know whether the DOC is making a concerted effort to release elderly incarcerated people, or to reduce racial disparities among the incarcerated population, which have risen during the course of the pandemic.

“It raises a confidence issue in the data they’re presenting,” Medina said, underscoring the importance of having more insightful data points. “They’re vital to ensuring the DOC — after a lawsuit, a series of protests, cries from families — are actually heeding to the concerns they’re hearing that they must do more to save incarcerated people’s lives.”