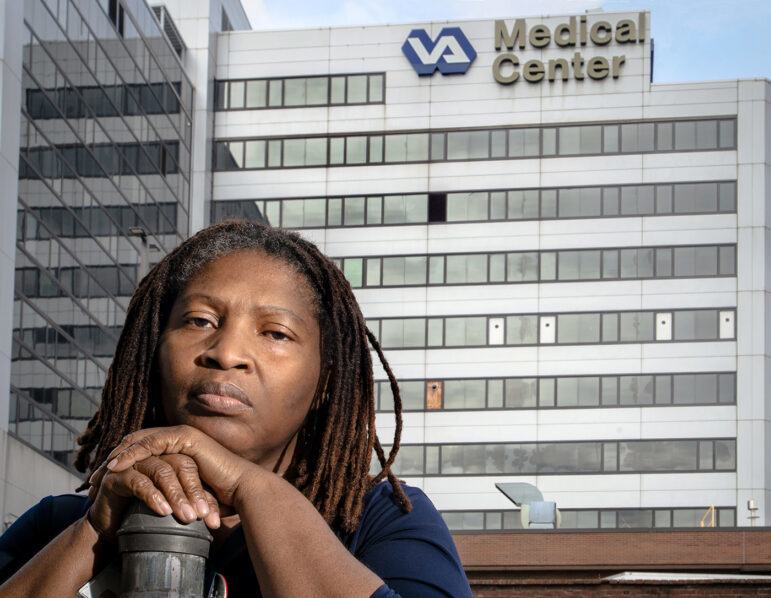 The U.S. Office of Special Counsel is investigating allegations of illegal employment practices at VA Connecticut Healthcare System connected to the hiring of seven employees­­— some in top management positions­— who are all former co-workers of the system’s director.

A separate complaint filed by a whistleblower to the Office of Inspector General of the U.S. Department of Veterans Affairs alleges “gross misconduct” in the hiring of staff from the Manchester (New Hampshire) VA Medical Center. It says that “all management positions were pre-selected.”

“VA Connecticut is in turmoil,” wrote the whistleblower in an anonymous complaint filed in August and obtained by C-HIT.

The complaints have put a spotlight on the management of Alfred A. Montoya Jr., who has been head of the West Haven VA for almost a year. Montoya was brought in from the Manchester (New Hampshire) VA Medical Center after years of upheaval in the delivery of health care at the West Haven VA, where surgeries were outsourced to Yale New Haven Hospital after deficiencies were found in sterile procedures.

The Manchester VA is a low-tier outpatient facility with four offsite clinics. VA Connecticut is a top-tier system, rated a 1A facility that operates a hospital in West Haven, an outpatient center in Newington, and six local clinics.

A request to interview Montoya was denied by VA communications staff for the New England region and in Washington, according to Pamela Redmond, VA Connecticut spokesman.  She issued a statement without having questions from a C-HIT reporter.

It states that “VA Connecticut strives to fill positions with the most qualified candidates while adhering to all federal hiring guidelines.”

“We recognize and respect our talented pool of employees and offer many paths for advancement, including leadership programs, scholarship opportunities and mentorships,” it adds.

“It appears that only those level 3 hospital staff was good enough to work here at VA CT,” Salmon said. The union local represents more than 820 employees, predominantly nurses, as well as physician assistants, social workers, audiologists, psychologists, and biomedical engineers.

“If you love the VA at all, you have to do something,” said Salmon, who is representing the union. “There’s a lot of unfairness at every level,” she said.

The Special Counsel’s office responded to Salmon in an August 17 letter that the complaint “may be allegations of possible prohibited personnel practice” and that a staff member was assigned to the matter.

In April, Montoya hired Bernadette Y. Jao, a doctor of nursing practice, as associate director for nursing and patient care services, the same job she had in Manchester. The senior management position is part of the VA Connecticut five-person leadership team.

A new position of deputy associate director under Jao was created and filled by Susan Trimboli. She is also from the Manchester VA.

Andrea Macomber was brought from Manchester to be case management manager in a direct hire, meaning the job wasn’t posted. She also worked with Montoya when he was director of the White River Junction VA in Vermont.

Montoya hired his former assistant in Manchester, Corey Beem, to be a health system specialist in his office. He hasn’t started yet.

A second traveling veterans coordinator position was added and filled by Edwin Jao, a former Manchester VA employee who is married to the associate director.

A chief nurse for mental health, Sylvia Simeone, was hired from the Northport VA in Long Island, where she previously worked with Bernadette Jao, according to Salmon, the union president.

A union grievance filed by a registered nurse claims that the direct hires of the case management manager and veteran travel coordinator were a “violation of prohibited personnel practice and upward mobility.” The grievance states that direct hire customarily is used in “hard to recruit positions” and only after being posted twice.

“Positions are not posted, and employees are not given the chance to apply and improve their career prospects for the most lucrative positions,” the grievance says.

Meanwhile, the union filed an employment discrimination complaint this month with the U.S. Department of Veterans Affairs on behalf of minority nurses, citing a lack of racial diversity in VA Connecticut management.

VA statistics show 41% of employees are people of color and 22% are Black. There are no Black executives, according to the union’s employment discrimination complaint. There are more than 3,300 VA Connecticut employees.

Most of the hires from the Manchester facility are white, except for Bernadette and Edwin Jao, who are Filipino, and Montoya, who is Latino.

Salmon said the typical six-figure management salaries are incentives for people to remain in their jobs for many years.

“Systemic racism will be entrenched for years to come at VA CT,” she said.

Montoya established a diversity council in July to help “every employee reach their full potential in an environment free of bias,” according to an employee newsletter.

Redmond, the VA spokeswoman, said VA Connecticut continues to work to improve its surgical facilities. She said $17 million has been approved for a sterile processing facility for surgical instruments, which is in the design phase; a new HVAC (heating, ventilation, air conditioning) system for the operating room suite and a still-unfunded addition that would include a new surgery department are planned.

This story was first published Sept. 22, 2020, by the Connecticut Health Investigative Team.

The Shared Work Program lets companies reduce employees' hours rather than laying them off. Workers get partial state unemployment,.

More than half of the troopers surveyed in a recent state audit earned more overtime than base pay.

CT’s jobless rate is on the rise, but is it real?

A new analysis says Connecticut’s unemployment is worsening, but a state labor economist counters that’s due to a statistically oddity.