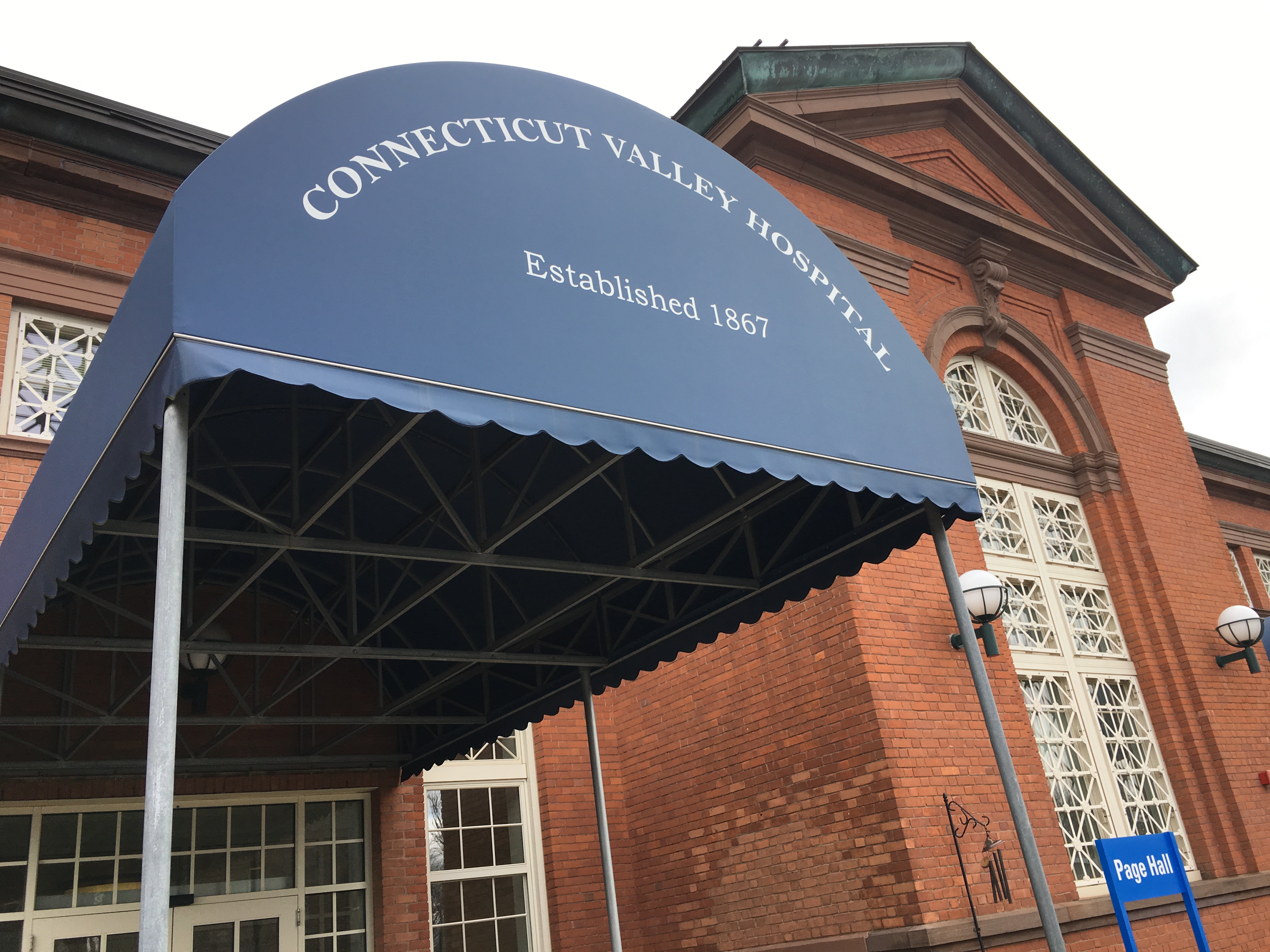 Page Hall on the campus of Connecticut Valley Hospital in Middletown.

A patient at Connecticut Valley Hospital told members of the Whiting Task Force on Tuesday that she’d been assaulted, harassed and discriminated against by her peers and hospital staff. She also said she’d been set on fire four times.

“I don’t feel safe here,” the patient, Doris, said. “I wish I could get out of here as soon as possible.”

Doris was one of six CVH patients who testified to the task force via video teleconference on Tuesday. The task force is holding a number of public input meetings from patients and staff before they give lawmakers a set of recommendations sometime early next year on how to improve patient treatment and working conditions at Connecticut Valley and Whiting Forensic Hospitals, and how to hold hospital staff accountable for misconduct.

Like all her peers, Doris gave only her first name. The patient listening session was the first of two the task force will hold in the coming days; next week, they’ll hear from patients at Whiting Forensic Hospital. The two facilities are the largest state-run mental health hospitals in Connecticut.

Hours after hearing from Doris, the task force discussed the credibility of her testimony. Some of the things she said didn’t add up, like that she had two strokes last night, or that someone had set her on fire four times.

Members of the task force asked Mary Kate Mason, the legislative program manager for the Department of Mental Health and Addiction Services, to see if any reports had been filed that would lend credence to Doris’ claims. Nancy Alisberg, a task force member and patient advocate, said that records do not always reflect the accuracy of what happens to patients, and that the existence of an official paper trail is outside the purview of the task force.

“Our job is not, ‘Oh, let’s look at the records to see if we can discredit her. If there’s no record then she’s not credible,'” Alisberg said. “Our job is to listen to what the patient says. And to give them the credibility that they as human beings with dignity deserve.”

If we as as a group can’t start from the premise that what people are saying to us is their experience – their lived experience – then there’s no point in listening to them in the first place.”— Nancy Alisberg

Alisberg said it would be a “grave disservice” to not believe patients’ allegations, considering that the task force was formed in the wake of the abuse of a patient at Whiting Forensic Hospital, and that one of Doris’ allegations — that hospital staff don’t take her medical concerns seriously — rings true for many hospital patients with mental health conditions.

“I take everything she says as the truth and even if it’s perception, and not specifically what happened – what’s important is this is her perception of her life there,” Alisberg said. “If we as as a group can’t start from the premise that what people are saying to us is their experience – their lived experience – then there’s no point in listening to them in the first place.”

One of the task force’s co-chairs, Linda Schwartz, shot back, “You’re assuming that all of us are of this mindset, and you have no idea. Your generalizations are sometimes very disturbing.”

Lori Hauser, a forensic psychologist at Whiting and member of the task force, said she and her team never rely on a single piece of data when doing an assessment of patients. Considering that the task force has heard from a number of employee and advocate groups, and will hold future listening sessions with other patients and members of the public, Hauser said the task force needed to keep taking in new information before jumping to conclusions on how patient testimony should affect the recommendations they give to lawmakers next year.

“I don’t know that we can get into the specifics of deciding, you know, ‘Who’s credible, who’s not credible,’ as long as, like someone said, we’re kind of giving everyone the respect of taking what they have to say at face value, and then using that with the totality of the information that we have from all sources,” she said.

The remainder of the day’s testimony covered an array of issues regarding patient care, including staffing, access to technology and discharge planning.

Among those who offered testimony was Kevin, who runs the Group for the Editing of Electronic Rules, which advocates for increased technological freedoms for patients. Kevin said he and his peers wanted access to Bluetooth-enabled mp3 players, video game systems and laptops that have access to wireless internet. He proposed that those who abuse the privilege should lose it, so that not all patients have their technology use curtailed under a one-size-fits-all policy that he said limits their access to the internet.

“If we can lift the ban, clients will be able to utilize electronic devices to support their recovery in today’s technological world,” he said. “This may also result in better behavior and less conflict between clients.”

One 78-year-old woman who had been in the hospital for three years proposed giving patients something to look forward to, like attending an apple harvest festival in the fall or a daffodil festival in the spring.

Task force members agreed that such special events are important to mark the passing of time for patients who have been in the hospital for long periods. Those gatherings also offer patients an engaging activity they are lacking in their day-to-day lives in the hospital.

“The holidays are very, very important to people who are not out in the community as much,” Schwartz said. “And I think it’s something that a lot of people are missing, especially during this COVID pandemic.”

Several patients mentioned issues with staffing. One woman, Sarah, said she noticed there are fewer staff at the hospital than when she was admitted three years ago. The vacancies complicate patients’ ability to make appointments, since there are fewer employees to escort them outside the space where they live.

Not all the testimony was negative. Sarah said the unit where she lived was very clean, and she appreciated the cultural representation there, speaking highly of the signs advocating for Black pride.

“The staff are very, very attendant to the clients,” she said.