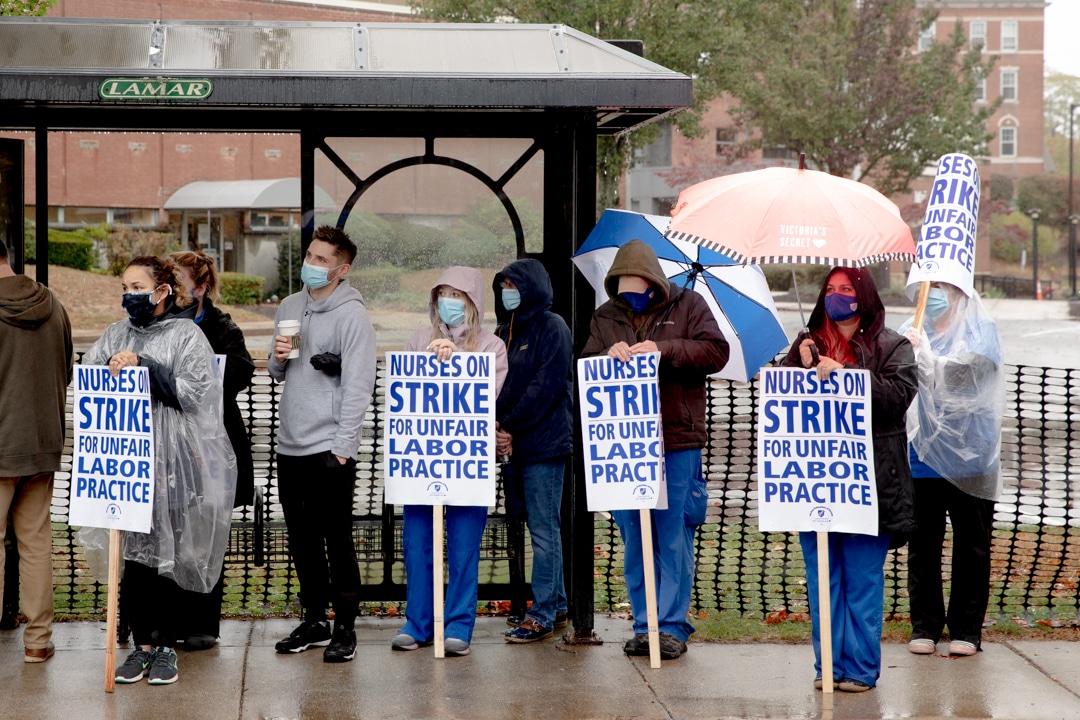 Nurses stand on the picket line on Oct. 13 outside Backus Hospital in Norwich. They have asked the hospital to provide sufficient protective gear and offer fair pay to retain experienced workers.

A union representing more than 400 nurses at Backus Hospital approved by a near-unanimous vote on Wednesday a new, four-year contract that includes pay increases and ends a weeks-long standoff between the hospital and employees that triggered a two-day nurses’ strike.

The Backus Federation of Nurses, part of AFT Connecticut, lined the streets outside of the Norwich hospital for 48 hours, beginning at 7 a.m. on Oct. 13, to demand better wages and other conditions that would help attract and retain workers there. The move was intended to put pressure on hospital leaders, whose talks with the union had dragged on for weeks after the previous contract expired Sept. 1.

By the third year of the contract, nurses will get an average increase of 12% in their pay, she said. During the fourth year, it will be 14%. 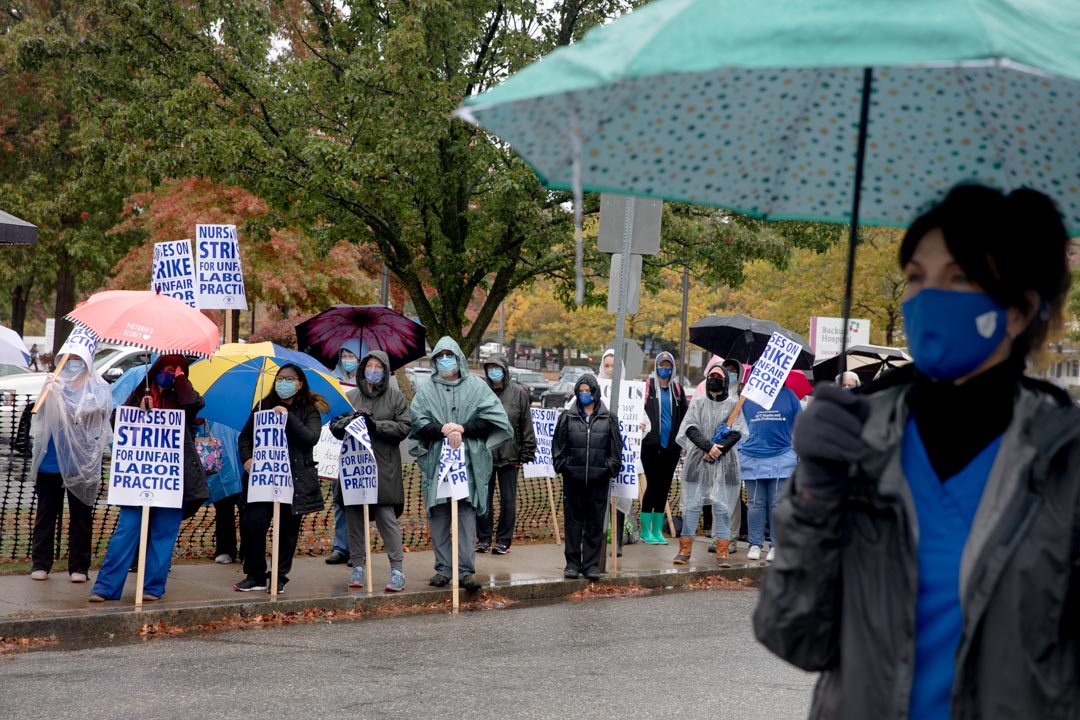 Nurses from Backus Hospital and their supporters join the strike in the rain on Oct. 13.

Wage increases were a sticking point in the negotiations. An earlier proposal by Backus administrators would have left nurses earning an average of 14% less than their counterparts at Windham Hospital and 16% less than nurses at Lawrence + Memorial Hospital – two hospitals that are near Backus, Dayton has said.

Backus has struggled in recent years with frequent employee turnover. Nurses have also complained about having to recycle personal protective gear such as masks during the pandemic.

As part of the new agreement, Hospital leaders have committed to providing one new N95 mask and one new surgical mask for each nurse during every shift, the union said. The N95 masks are used around patients that have tested positive for COVID-19.

“I can tell you there are a lot of happy nurses because of that,” Dayton said. “We no longer have to keep our old masks in brown paper bags. It’s a huge win.”

“We are pleased that our nurses have voted in favor of a new, four-year contract,” she said in a statement Thursday. “Together, we and the nurses’ union reached a fair and reasonable agreement that will allow us to retain and attract the best nurses. We are eager to move ahead, and work together to continue providing safe, quality care for our community.”