Fannie Mae and Freddie Mac perform a significant role in the housing market, controlling nearly half of the $10 trillion U.S. home loan market. The Trump administration has vowed to end the Fannie and Freddie conservatorship relationship, directly causing mortgages to become more expensive and harder to receive. This will destabilize the economy and pause any improvement in the racial wealth gap.

Fannie and Freddie’s primary focus is purchasing home loans made by private lending firms, guaranteeing them against default. These entities then package these loans together and then resell them to investors. Fannie and Freddie are also vital to the private home loan sector by incentivizing lenders to sell safe, strategic, and smart products to borrowers because if they do so, they will likely purchase them.

Both entities were chartered by Congress in 1938 to boost the mortgage market during the Great Depression. This allowed them to be very successful and dominate the secondary housing market. Then in 1968, Fannie Mae became privatized and two years later Congress privatized Freddie Mac to create more competition within this mortgage market. While Fannie and Freddie are private companies, they also enjoy the benefits of government-sponsorship. Personal mortgage loan companies are essentially guaranteed mortgage defaults by the government,  in the event of a financial downfall. 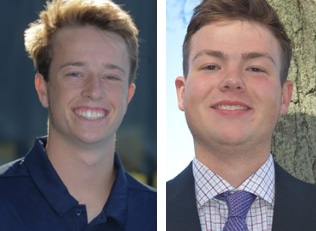 In 2008, the Bush administration engaged in a high level of intervention by placing Fannie Mae and Freddie Mac into government conservatorship, where they remain today. Fannie Mae and Freddie Mac were bailed out at a total cost to taxpayers of $187 billion after making poor business decisions, namely purchasing risky ‘subprime’ mortgages that had a high likelihood of default. Conservatorship was why the government could allocate taxpayer money to these government-sponsored entities and ensure their stability. This is the very reason why conservatives want to limit this large government role in the home mortgage industry.

One overarching question for Connecticut residents is, how would reprivatization affect their financial well-being and ability to live a safe economic lifestyle? Many economists predict that privatization would push mortgages towards higher loan fees and interest rates by one quarter of a percent, at minimum. This would significantly impact the housing market and counter why Congress first created these companies.

Connecticut has had a housing shortage in terms of mobility. During the COVID pandemic, the increase in housing prices and the rise in housing shortages is a recipe for disaster.  Ed Pinto, the director of the American Enterprise Institute’s Housing Center and the former chief credit officer for Fannie Mae, stated that America is running on a shortage. Inflated prices will only hurt middle and lower-class families more, creating a larger socioeconomic divide. Without this safety net in place, lending institutions are naturally going to build luxury condos instead of low-income housing given the less likelihood of default. Government oversight and control are essential to stabilize and protect vulnerable people in the economy. Privatizing Fannie Mae and Freddie Mac would negatively impact many Americans, including Connecticut residents, and a new housing shortage would undoubtedly arise.

In 2017, data suggested that existing racial disparities in the housing market would deepen. 5Half of white households have a FICO credit score above 700, while only 20.6% of Black households have a FICO credit score above 700.  When applied to Connecticut, Hartford County data show that between 2017 and 2018, the homeownership rate rose to 65% which is above the national average of 63.9%. In addition, there has been a 5.1% increase in Black homeownership for an overall combined 8.3% increase across all racial groups. Considering that African Americans account for 36.87% of the population (the plurality) in the City of Hartford, this is a successful progression to diminish the racial homeownership gap.

Any policy that could hurt this positive progression should not be enacted. It only serves to counteract the work done within Connecticut to decrease the racial homeownership gap. When all factors are considered, high-risk borrowers are first-time buyers, who are often locked out of the housing market due to tight inventory, leading to an increase in home prices. Ultimately, people of color will continue to be excluded from opportunities to accumulate wealth and contribute to generational, racialized poverty if privatization occurs.

The private sector often lacks public transparency and government oversight. During the search for a coronavirus vaccine, the lack of transparency with nondisclosure agreements and data collection lead citizens to question if the government has effective oversight. This is similar to the issues with Fannie Mae and Freddie Mac because currently all information is available to the public, and under government regulation. However, a concern with the possible reprivatization is a lack of transparency within the housing market as well as the lack of government regulations. This could lead to  economic problems within the housing market, directly affecting citizens statewide. For example, lending institutions will want to reduce their risk of certain mortgage types. This will cause banks and other lenders to fill the void, limiting the availability of some loan types. If Fannie and Freddie are without government oversight from the Federal Housing Finance Agency (FHFA), borrowing rates will increase to unknown amounts without regulation, making middle-class citizens especially vulnerable.

The private sector has a history of having a negative impact on lower-income housing. In the post-Hurricane Katrina reconstruction, the housing market was destroyed. The solution was a private company building trailers. Many of the temporary buildings were unregulated  resulting in health problems for residents. Those who suffered were the citizens that needed the resources. Allowing an entity that is private to have that much impact on a citizen, especially on necessities like housing, can have drastic effects.

The mortgage market is essential to all Connecticut residents. It could be the difference between thousands of Connecticut families sleeping on the streets, or having a bed to sleep in at night. This is an issue that deserves your attention on election day.