To deliver or not deliver: Facing privatization and long-term impacts on the U.S. Postal Service 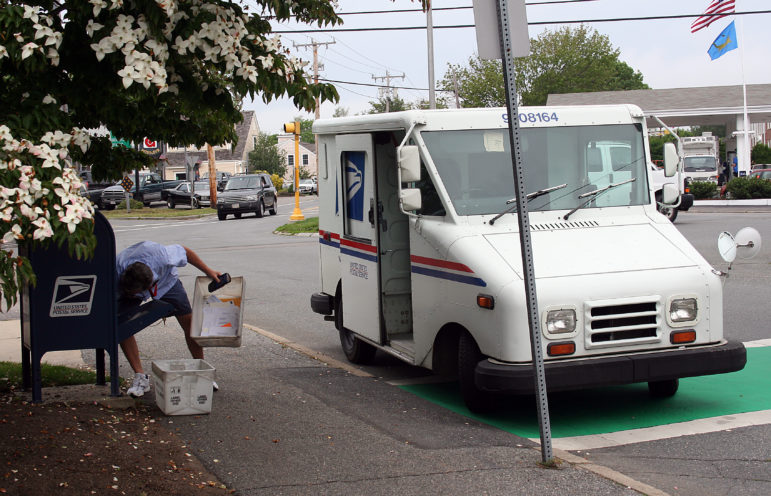 Throughout the global pandemic, many Americans began to understand the magnitude and impact of the United States Postal Service within their daily life. Many Americans experienced drastic mail and package delays during this pandemic. The biggest critiques faced by the USPS concern the agency’s accountability and true efficiency. However, the USPS cannot operate efficiently amid the loss of funding.

Evidence that supports this is the loss of  “$69 billion since 2007. and [how it] will likely continue losing money unless there are major reforms” The United States needs to continue to fund the USPS in order to provide vast benefits to low-income individuals and minorities, including the agency’s own employees.

The USPS has “operated for more than two centuries and is one of the few government agencies named in the United States Constitution.” One of the first government agencies within the United States, USPS was established in 1775 by the Second Continental Congress. For those unfamiliar, the Second Continental Congress was a convention with delegates from all 13 colonies. During the convention, our US postal system had officially become established and Benjamin Franklin was placed as its first postmaster general.

During these early periods of the postal system “there were no post offices in the colonies, so mail was typically left at inns and taverns.” At these set locations, Americans were able to access any correspondence which was primarily mailed from Britain. Franklin transformed our mailing system by “setting up new, more efficient colonial routes and cutting delivery time in half between Philadelphia and New York.” Through Franklin’s work, the USPS transformed into the nation’s biggest employers with the agency now having “over 40,00 post offices and the postal service delivers 212 billion pieces of mail each year to over 144 million homes and businesses.”

The USPS now operates at a national level and handles more mail than any other postal agencies within the country for more than two centuries. Nevertheless, despite its long term operation, the USPS still continues to be scrutinized by many, particularly politically conservative citizens and lawmakers such as President Trump who push for it to be defunded.

The USPS has brought immense employment opportunities across the nation, especially to those who come from low-income backgrounds and minorities. Currently within the agency, employees are “37 percent female, 8 percent Latino and 8 percent Asian; African Americans have made up 21 percent of the force’s employees since the 1960s.” Through potentially privatizing the agency, this will put thousands of jobs at risk and place many in compromised positions. Currently within the agency there has already been reported 120,000 face layoffs which has placed countless minorities at risk.

Through authors Sarah Diem, Michelle D. Young, and Carrie Sampson we begin to understand the effects this can take through a critical policy analysis. Critical policy analysis focuses on the “concern[s] with distribution of power, resources and knowledge….as the creation of policy ‘winners’ and ‘losers.” This perspective allows for scholars to identify the potential drawbacks of policy. In addressing whether to continue funding the USPS, we see those who will be impacted the most if the agency is defunded. Through its high employment of people of color, many Americans who come from marginalized backgrounds would be placed in positions of unemployment, placing them in susceptible positions that allow them to fall into poverty and homelessness.

Defunding the USPS can also cause drastic impacts on mail-in and absentee voting.. With President Trump pushing towards defunding USPS it has drastically impacted delivery speed on a nationwide level, becoming a crucial obstacle with this past election, since there was a huge reliance on mail-in votes and absentee ballots. The USPS accuracy with delivery can truly cause a drastic impact and unfortunately it already has. Just months ago, Connecticut Secretary of the State Denise Merrill announced that “the postal service could not guarantee mail-in ballots for the November general election would be received in time.”   Nevertheless, the delay being faced by the agency is caused by the lack of funding.

Connecticut residents have already come together as many “gathered at post offices in New Haven, Hamden, Bridgeport, Hartford and other communities in Connecticut…[as they] rallied for ‘Save the Post Office Saturday.” This continual advocacy from Connecticut residents will emphasize to legislators that the USPS requires funding to support the millions whom it serves. Defunding and pushing for privatization causes detrimental effects on the USPS. Connecticut residents need to stand up and advocate for their local mailing agencies. Contacting legislators to demand funding, continuing use of the USPS, and supporting rallies that fight for the agency are simple ways in which you can advocate for the continued presence of the USPS.