The Supreme Court will hear oral arguments on the ACA today. What happens in CT if the law is struck down? 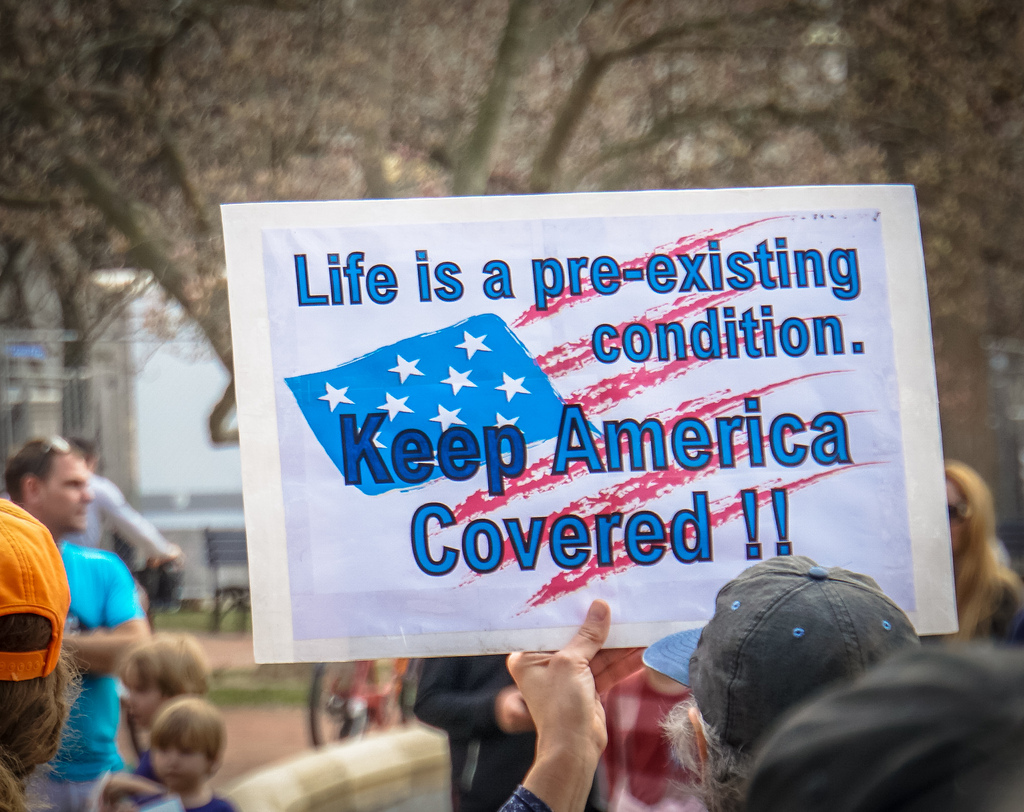 Oral arguments in the Affordable Care Act case before the Supreme Court will be heard on Tuesday.

The U.S. Supreme Court on Tuesday will hear oral arguments in the latest case involving the Affordable Care Act, renewing concerns in Connecticut about the damaging effects on state residents if the law is overturned.

Eighteen attorneys general and two governors from Republican-led states sued the federal government in 2018, seeking to have the entire law dismantled. The Trump administration’s Justice Department has also argued that the ACA should be deemed invalid because the individual mandate – which required that most Americans have health insurance – is no longer constitutional and can’t be severed from the rest of the law. As part of a major tax bill, Congress reduced to zero the penalty for not having health insurance.

Connecticut Attorney General William Tong and attorneys general from 19 other states have appealed. In March, the Supreme Court agreed to hear the case, known as California v. Texas.

The addition of Justice Amy Coney Barrett to the high court has heightened fears that the law could be struck down. Before the death of Justice Ruth Bader Ginsburg, many observers thought the court was unlikely to deem the ACA unconstitutional (Chief Justice John Roberts voted to uphold it during previous challenges in 2012 and 2015).

But now, even if Roberts joined the court’s three remaining liberals, they could be outvoted by the other five conservatives.

Connecticut health officials say that if the ACA falls, the impact could be devastating.

“The effects of this would bleed over to virtually everybody, including those who feel like they’re a little bit above the fray because they get their insurance through an employer,” said Ted Doolitte, the state’s health care advocate.

Here are some of the key things at stake in Connecticut if the federal health law disappears:

Connecticut was the first state to expand Medicaid after the ACA was adopted. The state did a partial expansion in 2010 and a full expansion in 2012, extending coverage to adults ages 19 to 64 who do not have minor children and whose income falls below 138% of the federal poverty level – the equivalent of $17,609 for an individual in 2020.

Currently, about 296,000 people are enrolled through the Medicaid expansion, known as HUSKY D in Connecticut. That’s about 33% percent of all Medicaid enrollees in the state, said Kate McEvoy, director of the health services division at the state Department of Social Services.

“We and other states have demonstrated that the expansion has been a critical source of health care coverage, notably for behavioral health services for people who historically did not qualify,” she said. “It would be a huge loss to them to no longer have that coverage.”

The federal government pays for 90% of that coverage, McEvoy said. The other 10% is supported by the state.

Connecticut officials did not immediately have an estimate for what it would cost the state to maintain the program if the federal funding evaporated, but McEvoy said it would be “a huge, huge additional cost.”

Advocates say HUSKY D has played a critical role in reducing Connecticut’s uninsured rate. A 2018 report by the Connecticut Health Foundation noted that the Medicaid expansion helped reduce the state’s uninsured rate to 4.9% in 2016, down from 9.1% in 2010. The report’s authors also found that most people covered by HUSKY D – just over 80% – used their coverage to get preventive or outpatient care in 2016. The rate of emergency department visits fell by 36% from 2012 to 2016.

Additionally, they said, more than one in three HUSKY D members – 36 percent – used their coverage to get care for a mental health condition or substance use disorder in 2016. Before HUSKY D, individuals with substance use disorders were generally not eligible for Medicaid, creating a substantial barrier to treatment.

Connecticut passed a state law barring insurers from applying pre-existing conditions to individual or group plans, so if the ACA goes down, the state’s mandate would still stand. But that protection applies only to state-regulated policies – about 30% of the plans in Connecticut. Self-insured policies, which represent about 70% of plans, would not receive the protection.

The Kaiser Family Foundation in 2018 estimated that 529,000 non-elderly adults in Connecticut had pre-existing conditions that could disqualify them from purchasing health insurance or force them to pay higher premiums if the ACA vanished. Doolittle said the number may be closer to 1.2 million, or a third of all people in the state.

“A lot of times, things that people wouldn’t think of as being a pre-existing condition are to the insurance companies when they are allowed to underwrite,” he said. “Having been positive for COVID-19 is probably something that would qualify.”

As of Monday, the state had recorded 81,463 cases of coronavirus among residents.

“It’s unfair to say that insurance companies are desperate for the law to be overturned. They’re not, but what all these protections do is create a level playing field,” Doolittle said. “The minute those rules or those standards are taken away, it becomes – because we live in a capitalist society – every company for itself. And even though people might feel badly doing it, they quickly have to go down to the lowest common denominator and start excluding those with pre-existing conditions. It’s a matter of economic competitiveness.” 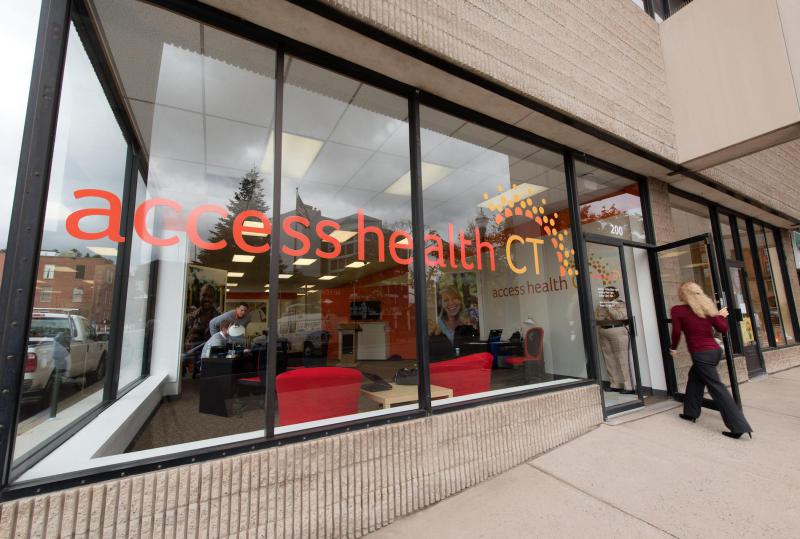 Federal subsidies for plans on the state’s health insurance exchange, Access Health CT, would be at risk if the ACA goes down.

In the fall of 2013, Connecticut held its first open enrollment period for coverage sold through Access Health CT, the state’s health insurance exchange, which was set up in the wake of the ACA’s passage. Two carriers offer individual policies through Access Health – Anthem Health Plans and ConnectiCare Benefits Inc.

As of Monday, 99,547 people were enrolled in qualified health plans through the exchange, officials said. Of those, about 69% receive federal subsidies, such as an advanced premium tax credit, to help them pay for their coverage.

Without the ACA, those subsidies are at risk.

“The people who are right in the gunsights here are folks who buy their insurance from Access Health and get subsidies, which could immediately stop,” Doolittle said. “If you’re barely getting a subsidy – say you’re getting $25 off every month – you’re probably not going to drop your insurance. But if you’re down where you only have to pay $25 or $5 or even zero dollars, you may not be able to find the money in your budget to pay for these plans.”

But similar to Connecticut’s policy for pre-existing conditions, the local protection for young adults only applies to plans that are state regulated, meaning only about a third of the policies would qualify. If the ACA disappears, employers would have to decide if they want to continue offering the coverage.

This protection is one of the ACA’s most popular provisions. Nationally, two million young adults are covered under a parent’s insurance plan, according to a 2016 government estimate. In Connecticut, officials say thousands of young adults are on their parents’ coverage through age 26.

Other protections at stake

There are many other protections woven into the ACA that receive less attention but that would still be upended if the federal health law is dissolved, advocates say.

One of those is the ban on lifetime and annual limits in health insurance plans. In 2017, the Brookings Institution found that 1.2 million people in Connecticut would be subject to lifetime limits on health insurance if the ACA were overturned.

The federal law mandates nutrition labeling and calorie counts on menu items at chain restaurants. And it requires many employers to provide “reasonable break time” and a private space for nursing mothers to pump breast milk, The New York Times reported. Those measures and others would have no legal grounds to continue if the ACA is eliminated.

“It’s not perfect,” Doolittle said of the federal law. “It’s not a wall-to-wall, comprehensive reform. Lots of people are still falling through the cracks. But it’s better than things were before the ACA.”