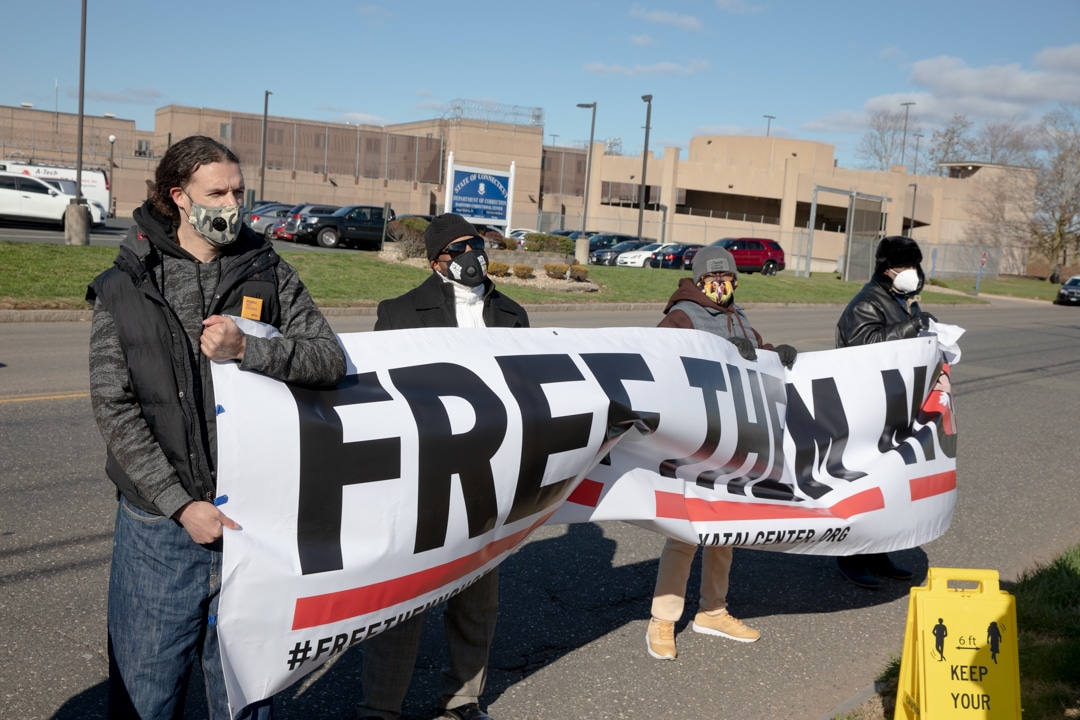 Protestors outside the Hartford Correctional Center on Wednesday are asking the governor to release inmates because of COVID. They called on Gov. Ned Lamont to use his executive authority to develop a plan that saves lives and addresses rising coronavirus cases in prisons and jails.

The Department of Correction announced Wednesday evening that an inmate has passed away due to COVID-19, the eighth person to die while incarcerated since the onset of the pandemic.

The 45-year-old man, whose name was withheld due to medical privacy laws, had been incarcerated for almost two years before he died. He had been held at Osborn Correctional Institution until Oct. 15, when he was transferred to a hospital for treatment.

Seven of the eight inmates who have died from the virus were held at Osborn. Medical staff from the Somers prison protested its employee shortage in June. At that time, one-fifth of the correctional system’s vacant health care positions were at Osborn.

The last inmate death from COVID occurred on May 26.

As of Nov. 6, almost 1,700 people had contracted the virus in state prisons and jails, 345 of whom were at Osborn. Currently, 116 DOC staff are recovering from the virus. Less than two-dozen people in state corrections custody have the virus and are showing symptoms; 20 inmates are asymptomatic.

“This is a sobering reminder that we cannot let our guard down when it comes to the coronavirus. We will continue to take the necessary precautions to limit its spread within our facilities,” said Commissioner Designate Angel Quiros. “My condolences go out to his family and loved ones.”

The announcement came several hours after members of the Katal Center for Equity, Health and Justice met outside Hartford Correctional Center to demand Gov. Ned Lamont issue a comprehensive plan to address COVID-19 in prisons and jails. They called on the governor to protect his incarcerated constituents — more than 70% of whom are Black or Hispanic — by reducing the number of people locked in state correctional facilities. The governor and DOC commissioner have wide latitude to release people from prisons and jails.

“How we treat the most marginalized in our society defines who we are,” said Tiffany Minakhom, a member of Katal. 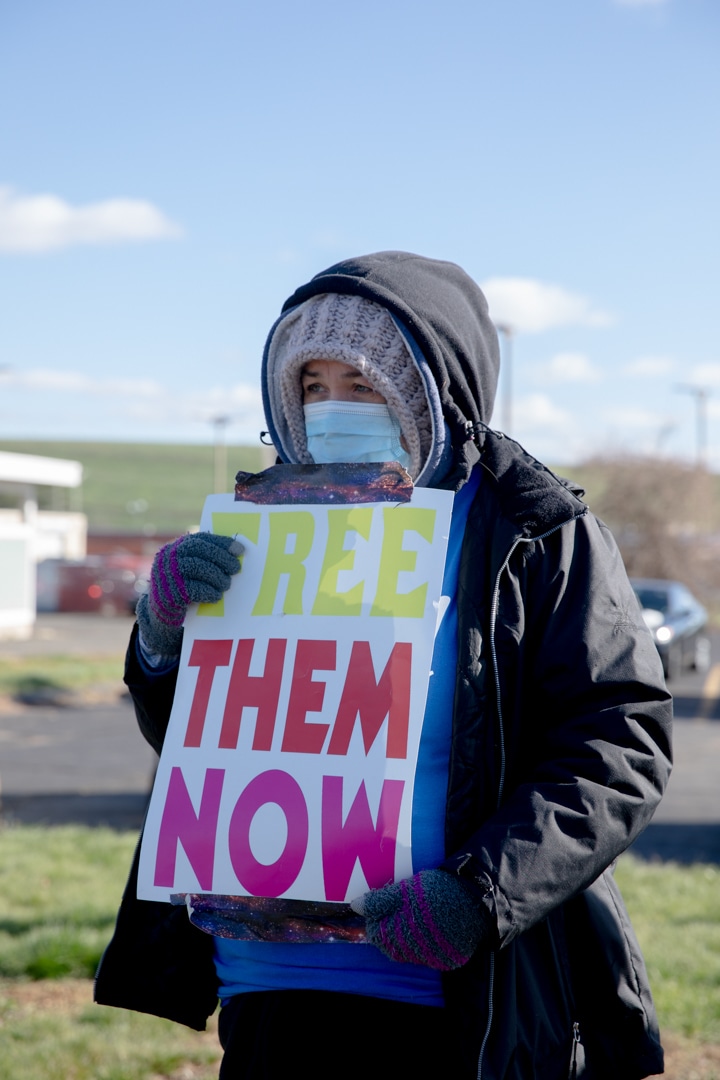 Lynn Ofori, a member of the Katal Center, with a direct message for Gov. Ned Lamont.

Citing the precipitous decline in the prison population since March 1 — there are 3,111 fewer people in correctional facilities today than there were on that date — Max Reiss, Lamont’s spokesperson, praised the Department of Correction’s work to reduce the number of people behind bars through the expanded use of discretionary releases. He said the governor is not considering releasing large numbers of incarcerated people because of COVID-19.

“DOC has done incredible work throughout the pandemic to mitigate the risk of spread within facilities,” Reiss said several hours before the DOC’s announcement. “The release process is going to remain the way it’s been.”

The decline in Connecticut’s prison population is due to a myriad of factors. The DOC increased its use of discretionary releases — meaning people were released on parole or sent to a halfway house before their end of sentence date— near the beginning of the pandemic. In March, the state let 522 people out of prison through discretionary release. In April, 545 were let go. In May, 548.

Primarily, the decline in the prison population is due to the fact that there are fewer people going in the front door of the prison system, not an exodus of individuals released from the back. The criminal courts have been largely shut down since March, allowing the sentenced population to decline by 3,000. The number of people admitted to prison or jail in September was almost 50% lower than the same month in 2019.

As more people are let out and fewer enter correctional facilities, the inmate population continues to decline.

If the governor refuses to act, advocates at Wednesday’s rally vowed to push for change through another branch of government: the legislature.

“Next session is going to be a long one,” said Tiheba Bain, the founder of Women Against Mass Incarceration. “You are going to see our faces every day, if we’re able, at the LOB [Legislative Office Building,] at the Captiol and at the Governor’s Mansion.”