National Guard also spent $122,000 in overtime over the week 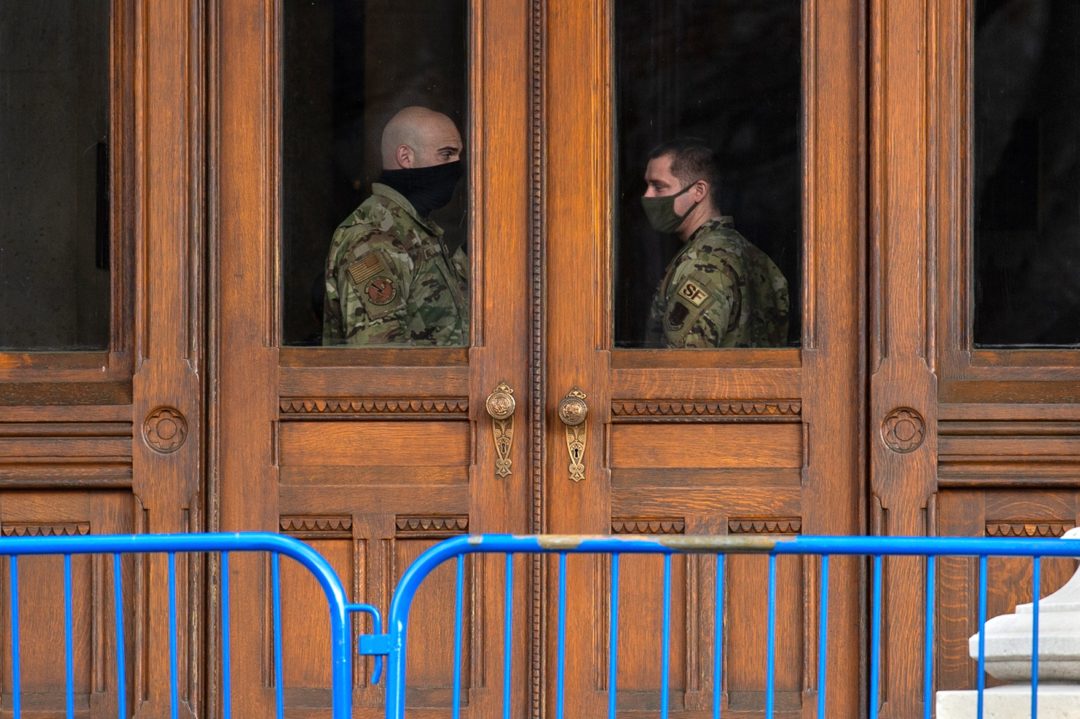 Connecticut National Guardsmen stand inside the state Capitol Sunday, Jan. 17, in preparation for a protest ahead of the inauguration of President Joe Biden. It was one of several protests planned at state capitols across the country. An expected crowd of about 2,000 people never materialized.

The Connecticut State Police spent about $125,000 in overtime to make sure the state Capitol was protected on Jan. 17, when law enforcement gathered for a protest that never happened.

State Police spokesman Brian Foley said that they assigned a tracking code, for payroll purposes, to each trooper throughout all ranks assigned to Capitol security duty.

State police pulled in detectives, special units such as the tactical team and road troopers to provide security. They also flew their helicopter, Trooper One, and spent $198.74 in gas, Foley said.

He added that the fuel was a part of the regular planned budget for Trooper 1.

“We believe what we were doing was appropriate based on the intel we had,” Foley said on the day of the scheduled protests. “That being said, I’d much rather … be talking to you about over-preparation than under-preparation. And the fact that no one showed up is just fine with us.”

In addition to the state police, the Connecticut National Guard provided troops on Jan. 17, surrounding the Capitol and blocking off streets in the area, at a cost of about $20,000 in overtime that day. The Guard also spent the three days after the non-protest guarding the Capitol. Overall, the cost to the National Guard was $122,861, according to spokesman Capt. David Pytlik.

Pytlik said the guard had about 128 soldiers and airmen on duty. 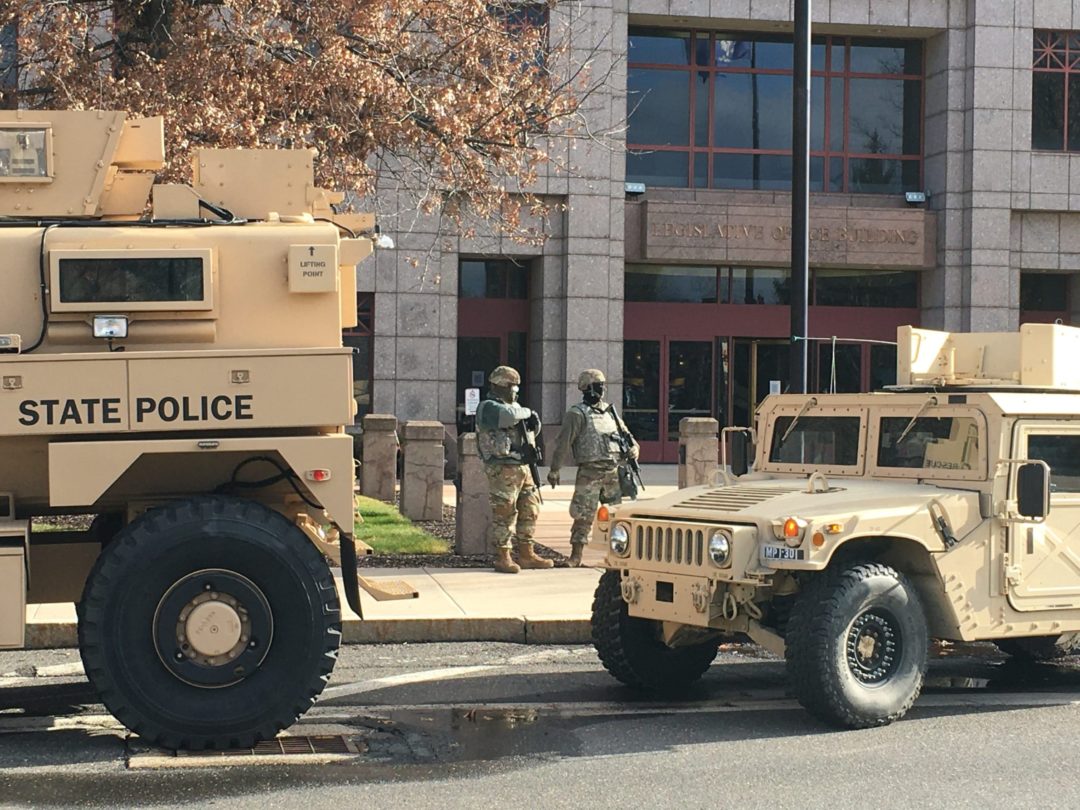 The entire state Capitol complex, which includes the Legislative Office building seen here, was heavily guarded on Sunday in anticipation of the protest.

“It was all hands on deck for Sunday during the day, and then once nothing significant materialized, we moved them to shift work at the Capitol and other sites of concern around the city,” Pytlik said.

Police across the country were anticipating possible protests by supporters of former President Donald Trump over the election results and were determined to avoid a repeat of the storming of the U.S. Capitol on Jan. 6, when five U.S. Capitol police officers died.

Reporters and photographers outnumbered protesters, counter-protesters and onlookers. Police outnumbered them all.

In and around the Capitol complex were 200 police officers, one dog, a National Guard contingent armed with assault rifles, and armored police and military vehicles, some painted in desert tan. One was an MRAP, a mine-resistant assault vehicle.

Foley said that state officials learned on a 50-state conference call Friday that every state capital was using the same template. One challenge for law enforcement was the decision by technology firms to crack down on the uses of social-media platforms by those deemed to be extremists.

It made a source of intelligence go dark, complicating efforts to judge how big a protest to expect.