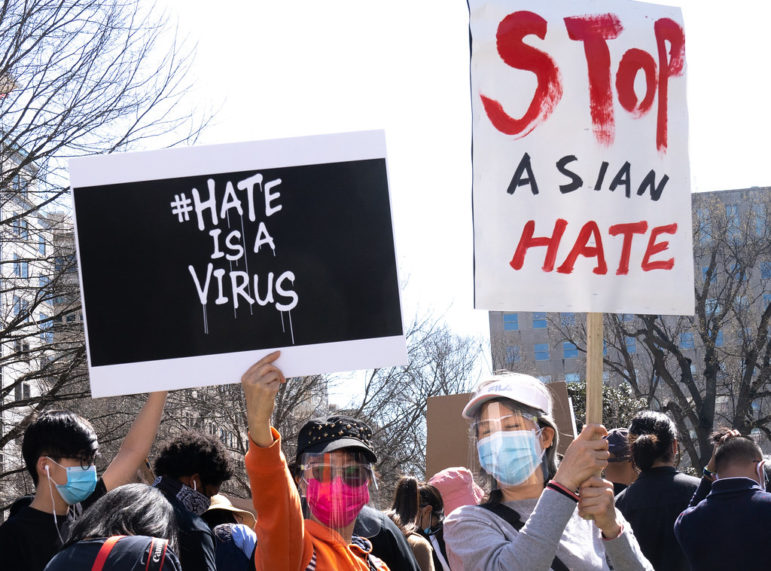 Police have not said whether the killing of eight people in Atlanta, including six Asian women, was a hate crime. Still, the shooting is troubling many Asian Americans and Pacific Islanders. Especially women, who reported nearly 70% of hate incidents against the community since the pandemic, according to researchers at STOP AAPI HATE.

“In a way, I’m grateful that I have a job where I can stay at home most of the time, and not really be at risk of those incidents,” Grace Kao said.

Kao has been working from her home in New Haven  for over a year. She’s a sociology professor at Yale and she studies how the people of Asian descent are shown in the media. She was especially troubled by violent attacks on elderly in San Francisco this year.

Researchers have tracked about 4,000 similar hate incidents against Asian Americans and Pacific Islanders in the last year, a 150% increase from 2019. Most of the cases were in New York and California, where professor Kao grew up and where her mother still lives.

“We’re basically always reminding her not to go outside by herself,” Kao says.

Kao’s fears heightened when news came of the shootings at three Asian-owned spas in and around Atlanta. The suspect told police he did this because of a self-diagnosed sex addiction and he wanted to eliminate “temptation.” Kao said that ties to a long history of harmful racial stereotypes about Asian women and massage parlors. 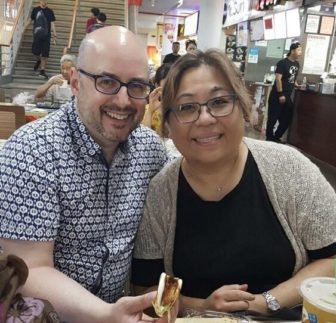 “These businesses, which, I don’t think it’s relevant whether or not it was sexual in nature. But it does cater to a desire by some men to have some kind of contact with an exotic Asian worker,” Kao said.

That idea is far from new. The first immigration law that discriminated against an ethnic group was the Page Act in 1875. Kao said it effectively banned Asian women on the basis they might be “immoral.”

“They were seen as prostitutes,” she explained.

She points to websites for people that only want to date women of Asian descent and genres of pornography. It’s part of the reason some people who attended vigils for the Atlanta victims in cities across the country have carried signs that say “I am not your fetish.”

In Atlanta, Lisa Hagen works as a reporter with public radio station WABE. Hagen said the Gold Massage Spa targeted by the self-proclaimed sex-addict was different from clubs nearby.

“There were other businesses in this area that promote sexuality,” Hagen said. “Certainly naked women and strip clubs that he could have hit up if that was the connection in his head.”

Hagen said victims’ families have not spoken out much. For some, there’s a language barrier, or potential immigration concerns. But there may also be shame around a false narrative that women who may have been involved in a business associated with sex, somehow deserved to be targeted.

“Most of them were single mothers,” Hagen said. “And that, in itself, can be a thing that people might want to keep that kind of work private about. By ‘that kind of work,’ I mean sex work.”

Hagan said one of the effects of shame around sex that’s common in Korean communities is there hasn’t been a lot of public protests from the victims’ families in Georgia. At least, not the way people rallied around families of victims during Black Lives Matter protests this summer.

Jessica Reaves works at the Anti-Defamation League. She said there are more reasons the killing of six women of Asian descent has yet to spark a bigger movement.

“We don’t acknowledge hate or violence against women in the same way that we acknowledge racist hate, or racist violence, or bigoted violence,” Reaves said.

Take the Say Her Name campaign, for example. The lack of attention towards Black women killed by police prompted the African American Policy Forum to launch it in 2014.

A few years later, Reaves wrote a report about the ties between white supremacy and misogyny. She said you can’t address one issue without the other.

“When you’re looking at what happened in Atlanta, it’s literally impossible to separate the threads of misogyny and racism that are intertwined there,” Reaves said. “It means that women are afraid, and it means that Asian American Pacific Islanders are afraid. And people who share both of those characteristics are doubly afraid.”

Back in Connecticut,  Kao agrees.

“There are groups of ‘incels’ that are angry at women overall and there are people that are even angrier at Asian American women. So, it is a problem,” Kao said. “It is a problem.”

Kao said education about racism and sexism is important and she support’s Connecticut’s proposal for a school curriculum that would include the history of AAPI, indigenous and LGBTQ residents.

Reaves also encourages men everywhere to talk to each other about these issues, and to believe people of marginalized genders when they say they face harassment.

This story was first published March 26, 2021 by WSHU Public Radio.