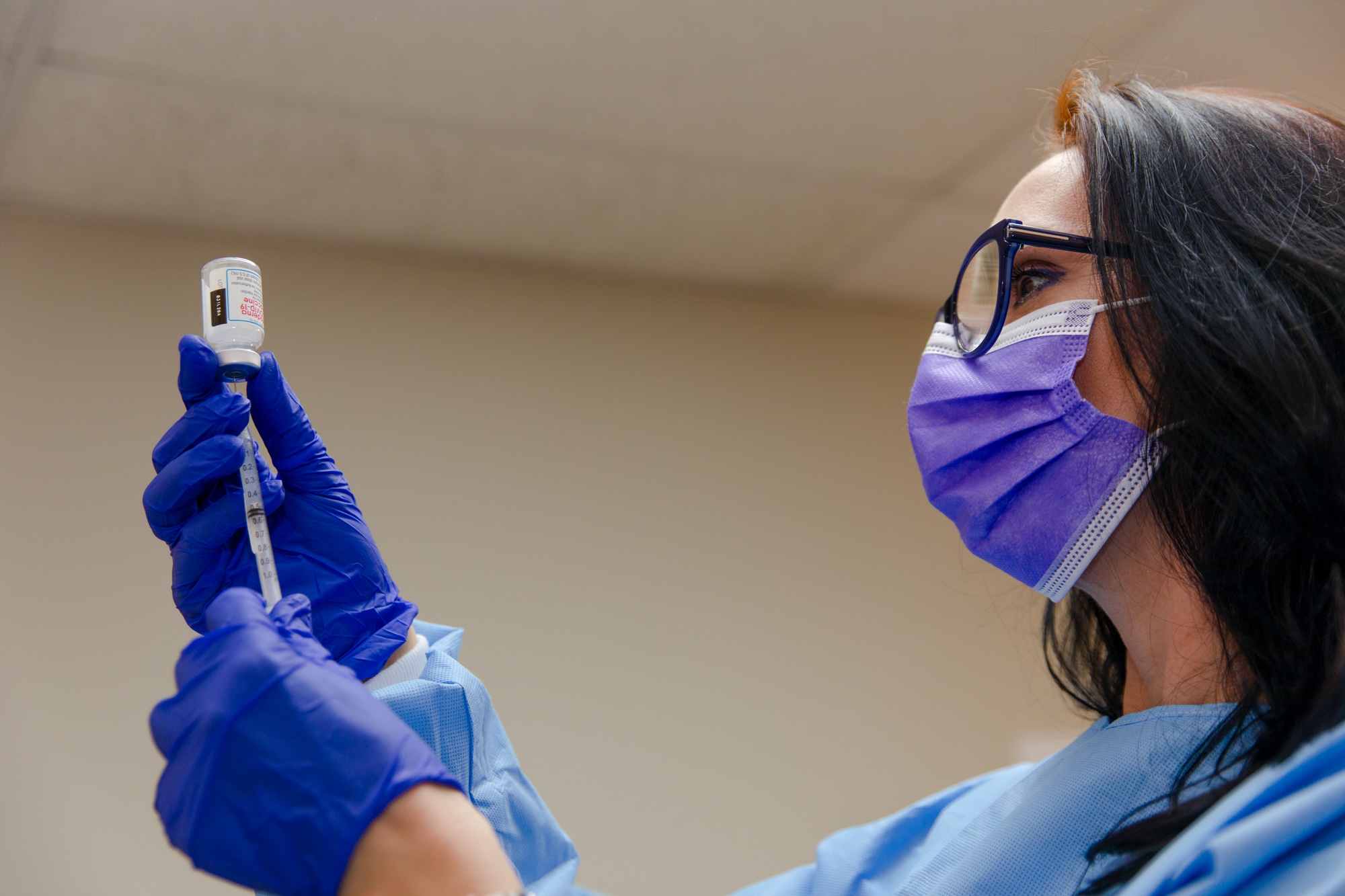 Priority access to the COVID-19 vaccine will be extended, beginning Thursday, to people with sickle cell disease or Down syndrome, those who have received a solid organ transplant or are in the process of being treated for cancer, residents who have end stage renal failure and are on dialysis, and those who are patients of Connecticut Children’s or the Yale New Haven Children’s hospitals, Gov. Ned Lamont’s administration said.

Residents with intellectual and developmental disabilities will also be prioritized for “accelerated” access to the shot. Special clinics will be held to vaccinate those individuals in the coming days and weeks, officials said.

Eligibility for the COVID-19 vaccine will open to all Connecticut residents 16 and older on Thursday. As of Monday, people 45 and older, along with frontline health care workers, child care employees and educational staff, can sign up for a shot.

The state said it is trying to provide speedier access for people with the five medical conditions it outlined as being a priority group. Physicians with the state’s major hospitals and health systems will begin reaching out to those people this week to schedule vaccine appointments. Some will be accommodated through special clinics.

The comorbidities were decided with input from the chief medical officers of many Connecticut hospitals, Lamont said. About 10,000 residents who have those conditions and are aged 16 to 44 will qualify for priority access.

The state’s list of underlying conditions is a departure from the broader qualifications highlighted by the Centers for Disease Control and Prevention. The CDC’s list features cancer and Down syndrome, but it also includes obesity, diabetes (Type 1 and 2), liver disease, smoking and pregnancy, among other comorbidities.

“The CDC had a list; it was a very big list and included probably over a million people in the state of Connecticut,” Lamont said. “It was nothing that we thought we could deal with as a separate category.”

While Connecticut’s underlying health conditions aren’t considered a separate tier for eligibility, the process is designed to provide easier access for people who are medically vulnerable. Anyone with a comorbidity who doesn’t have a relationship with a hospital or health care system is asked to contact their primary care physician about scheduling an appointment.

In addition to the estimated 10,000 residents with underlying conditions, state officials said there are about 9,000 with intellectual or developmental disabilities who qualify for priority access. Starting Friday, about 20 clinics will be organized to help those residents get the shot.

The new schedule calls for special clinics for high school students from April 19 to May 7. The clinics will be held at 33 school districts known as Alliance School Districts, which the state has designated as having the highest percentage of students living in poverty and facing barriers to educational attainment.

Additional clinics are expected to be scheduled in early May for other schools.

“It is anticipated that these may be lower-volume clinics, given that many of these students will have received a vaccine in the community; however, these clinics can offer an opportunity for easy access to Pfizer [vaccine] for students before the start of the summer,” the memo says. “The pace of these clinics will be somewhat limited by overall Pfizer vaccine supply, but it is expected that all high schools should be able to do first dose Pfizer clinics in May.”

The state also plans to distribute the Johnson & Johnson vaccine to colleges and universities across the state in early May. The goal is to vaccinate students before they leave school for the summer.

“All educational institutions should encourage their students to receive vaccines at their earliest convenience and make efforts to offer vaccine prior to the summer holidays to the extent that supply allows,” the memo says.

The health department expects that by early May, supply will begin to exceed demand, and the number of people scheduling first dose appointments is likely to slow down dramatically.

“Our collective efforts to conduct outreach to individuals who have not yet received vaccine – due to hesitancy or lack of access – will become more important than ever,” health officials wrote in the memo. “Self-scheduled mass vaccination clinics will not reach most of the remaining eligible population in May. Mobile clinics and proactive outreach will be more important than ever, and providers are encouraged to be ready to adopt these models and coordinate with local health departments and districts to deploy them locally.”