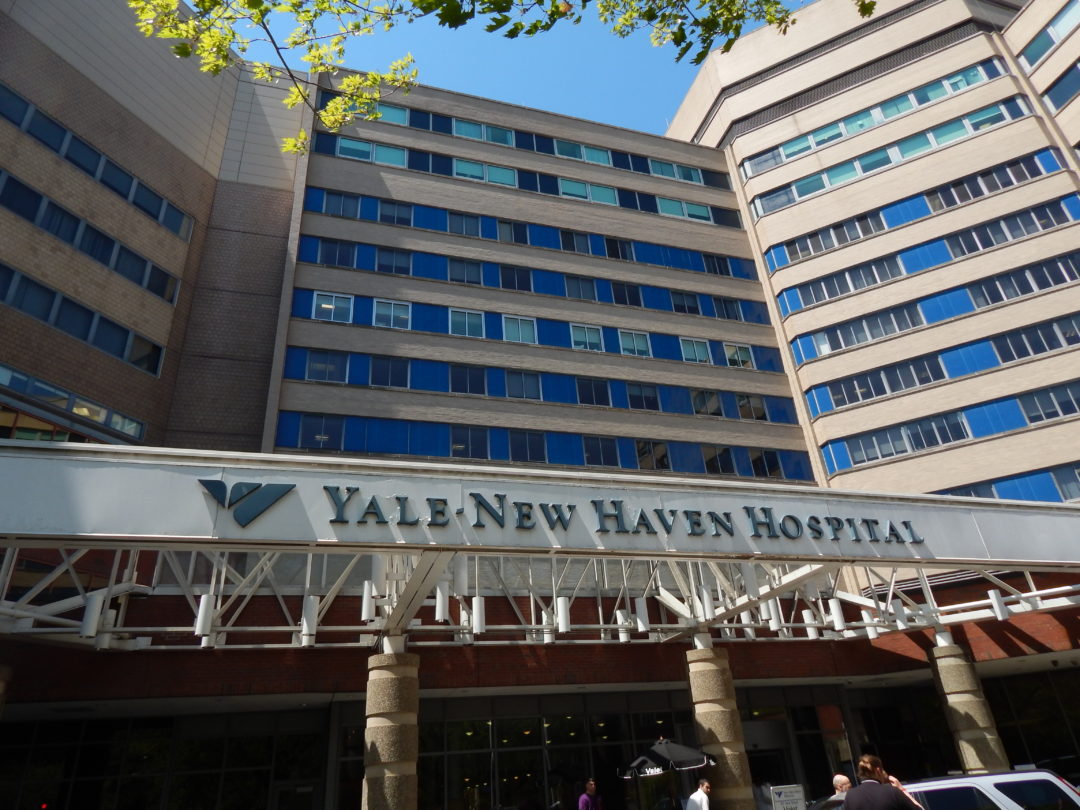 Yale New Haven Hospital has seen a 25% increase in COVID cases in the past two weeks, and its patients are skewing younger — including a 21-year-old who was admitted last week and had to be placed on a ventilator.

“There are now two pediatric patients in our ICU with COVID. I don’t think we have seen that since early April,” said Dr. Thomas Balcezak, the chief clinical officer for Yale New Haven Health. Overall, there are six pediatric COVID patients, he said.

“It’s really hitting a much younger population, much harder than it has in either the first wave or through the wave ending in late December,” Balcezak said Tuesday during a bi-weekly press conference. “I agree with Marna [Borgstrom, CEO of Yale New Haven Health], which is, I think it has to do with the increased transmissibility of this U.K. variant.”

Borgstrom said as of Tuesday morning Yale had 208 COVID-19 patients across its hospital system, an increase of 43 from just two weeks ago. She said that 44 of those patients are under the age of 45.

Yale New Haven Hospital has 138 of those patients. Two weeks ago they had fewer than 100 patients. She said Bridgeport Hospital has 41 patients and Greenwich Hospital has 21, which is also a significant increase.

“We have an under-vaccinated or unvaccinated group with a strain of the SARS-COVID virus that is much more infectious than the original strain, and I think that those two things are contributing to the increase,” Borgstrom said.

The state’s overall numbers also showed another jump Tuesday in the percentage of positive tests to 5.2%, one of the highest rates in weeks. Overall, there are 518 people in the hospital for COVID in Connecticut, an increase of 20 in one day, according to data released by the state Department of Public Health.

At a press conference Tuesday, Gov. Ned Lamont said officials are watching the numbers closely, particularly the spike in fatalities in the region. Connecticut had two additional deaths Tuesday. The Governor didn’t mention hospitalizations, which he normally calls his “key metric.”

“I was particularly struck by some numbers I was looking at today that you’re right, our region is ticking up. And it’s also ticking up in terms of fatalities,” Lamont said. “And there we’ve got to watch very carefully.”

But the spike in cases at Yale-New Haven Hospital hasn’t been seen in one of the state’s other largest chains, Hartford HealthCare.

Dr. Ajay Kumar, Executive Vice President and Chief Clinical Officer for Hartford HealthCare, said as of Tuesday there were 103 COVID-19 patients in its system, of which fewer than 15 were in intensive care and about 8 to 10 were on ventilators.

Kumar said there has been a slight increase in hospitalizations the last few days, after a month of relatively flat numbers. He said Charlotte Hungerford Hospital in Torrington had an increase of eight patients in the past few days.

“I would say hospitalizations have been reasonably flat until the past few days,” Kumar said. “We also have seen individuals are getting better and leaving the hospital quicker as well, because they are younger.”

He said the largest increase in patients for then has been in the 40-59 age group. Like Yale, they have seen a large decrease in the number of patients 75 and above, many of whom came from nursing homes.

“The nursing homes show that vaccinations work, but we are not out of the woods yet, and there are a fair number of people who still need to be vaccinated,” Kumar said. “This is the time to focus on what we know works and continue to be cautious while getting more people vaccinated.”

Nursing home residents and staff were among the first in the state to get vaccinated in December, and the number of cases and deaths in long-term care facilities has trickled to single digits in recent weeks.

The spike in New Haven could coincide with the spread of the B.1.1.7, variant since it was first detected in New Haven County, and the only death state officials have attributed to the variant was a 22-year-old who was attending the University of New Haven.

Balcezak said that COVID-19 testing being done at the Yale New Haven’s labs now shows that “about 40% of the positive tests that we are getting now include the B.1.1.7 variant.”

Officials have said that despite limited genomic testing being done at the Yale School of Public Health and Jackson Laboratories, the B.1.1.7 variant is likely the dominant strain.

Yale officials stopped short of saying that the recent increase is connected to Lamont’s decision to reopen the state to full capacity a couple of weeks ago. They also cautioned that the numbers are nowhere near as bad as they were last spring or even in December and January.

“I think that it would be crazy not to be concerned that we are seeing the numbers move while also recognizing the vaccine hesitancy that we’re seeing among certain groups,” Borgstrom said. “Because we all know that herd immunity, whatever that magical number is to reach herd immunity, is going to be the key to getting us past this pandemic.”