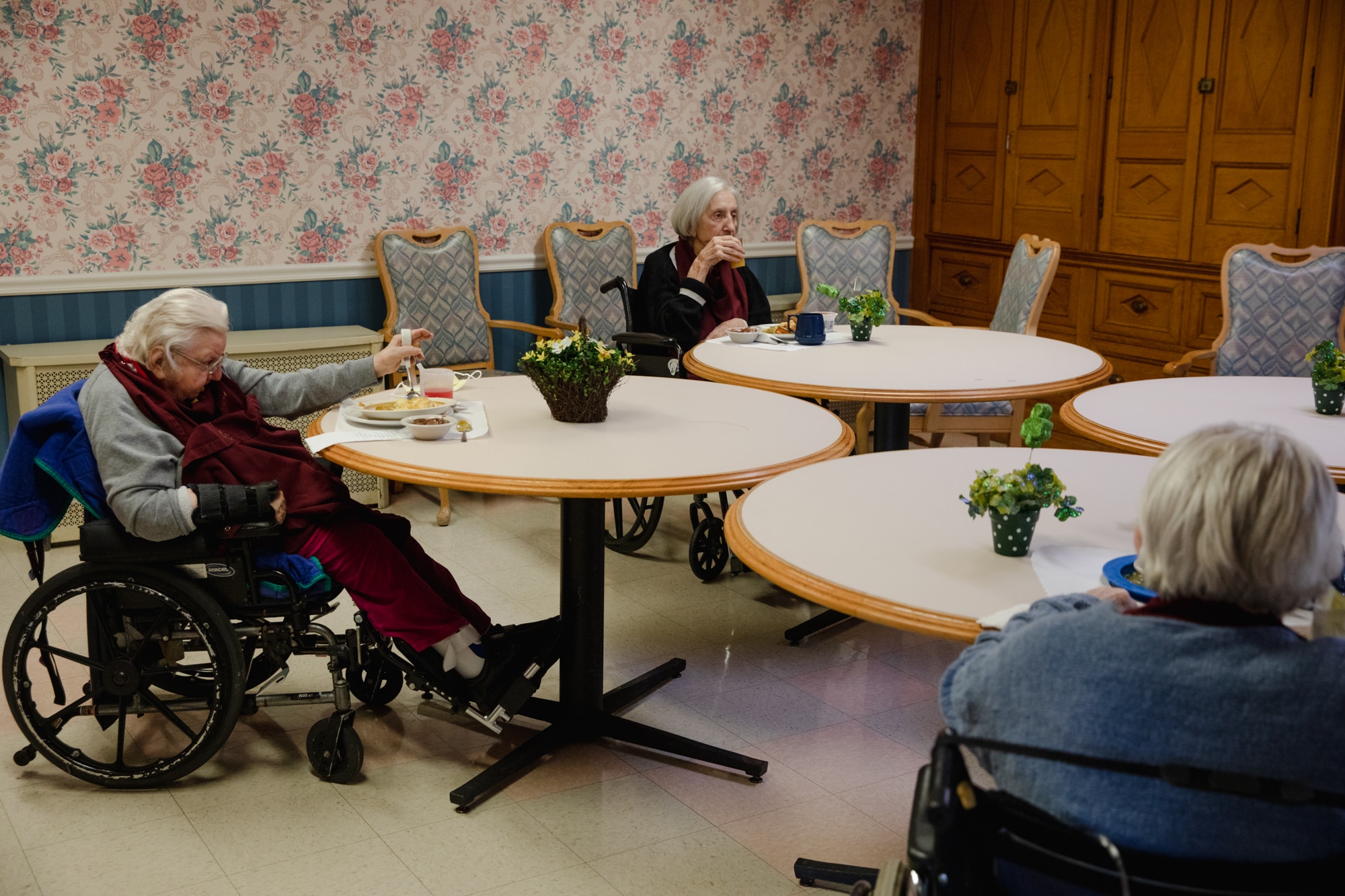 Residents at Beechwood, a nursing home in New London, have lunch together in a dining room while social distancing.

Following calls from advocates, the state Senate on Thursday unanimously passed a bill that would increase the number of direct-care hours for nursing home residents, would require nursing homes to maintain at least a two-month supply of personal protective equipment and would mandate that every nursing home employ a full-time infection prevention specialist.

Recommendations for those reforms were made by a special task force established last fall to study the dire conditions in Connecticut’s nursing facilities and propose legislative fixes. Since the beginning of the pandemic, 3,879 nursing home residents have died and more than 14,000 have been infected with COVID-19.

The measure still must win approval in the House and be signed by Gov. Ned Lamont.

Advocates had asked for a mandatory minimum of 4.1 hours, echoing recommendations by the Centers for Medicare and Medicaid Services. But lawmakers and the state’s Office of Fiscal Analysis said the move would have cost hundreds of millions of dollars, so the number was reduced.

OFA estimated that to bring all nursing homes up to a mandatory minimum of three hours, it would cost $600,000 to $1 million. If the state supported those costs through increased rates, it would result in a state Medicaid cost of $300,000 to $500,000, the office said. The new staffing requirements would take effect on Jan. 1, 2022.

Earlier this week, advocates intensified their calls for reform in nursing homes. With less than two weeks left in the legislative session, only a few bills, including one that permits cameras in nursing homes, had made it through a single chamber.

On Thursday, senators said the staffing and infection control reforms were badly needed. In addition to keeping a two-month supply of protective gear, nursing homes would also be required to carry the equipment in multiple sizes. And along with increased minimum staffing hours, the facilities would have to modify the ratio of social workers per resident. Currently, nursing homes require one social worker for every 120 residents; under the bill, that would change to one social worker for every 60 residents.

“I cannot begin to talk about this bill without remembering the thousands of people – grandparents, mothers, fathers, sisters, brothers, residents of nursing homes and assisted living facilities – who lost their lives due to COVID,” said Sen. Mary Daugherty Abrams, D-Meriden, a key supporter. “And the staff members, who put themselves and their family members at risk to take care of our most vulnerable citizens … These are the sacrifices we must never forget. For me, this legislation is an acknowledgment of that sacrifice. It is the most sincere hope that this bill honors them by acting on our commitment to do better.”