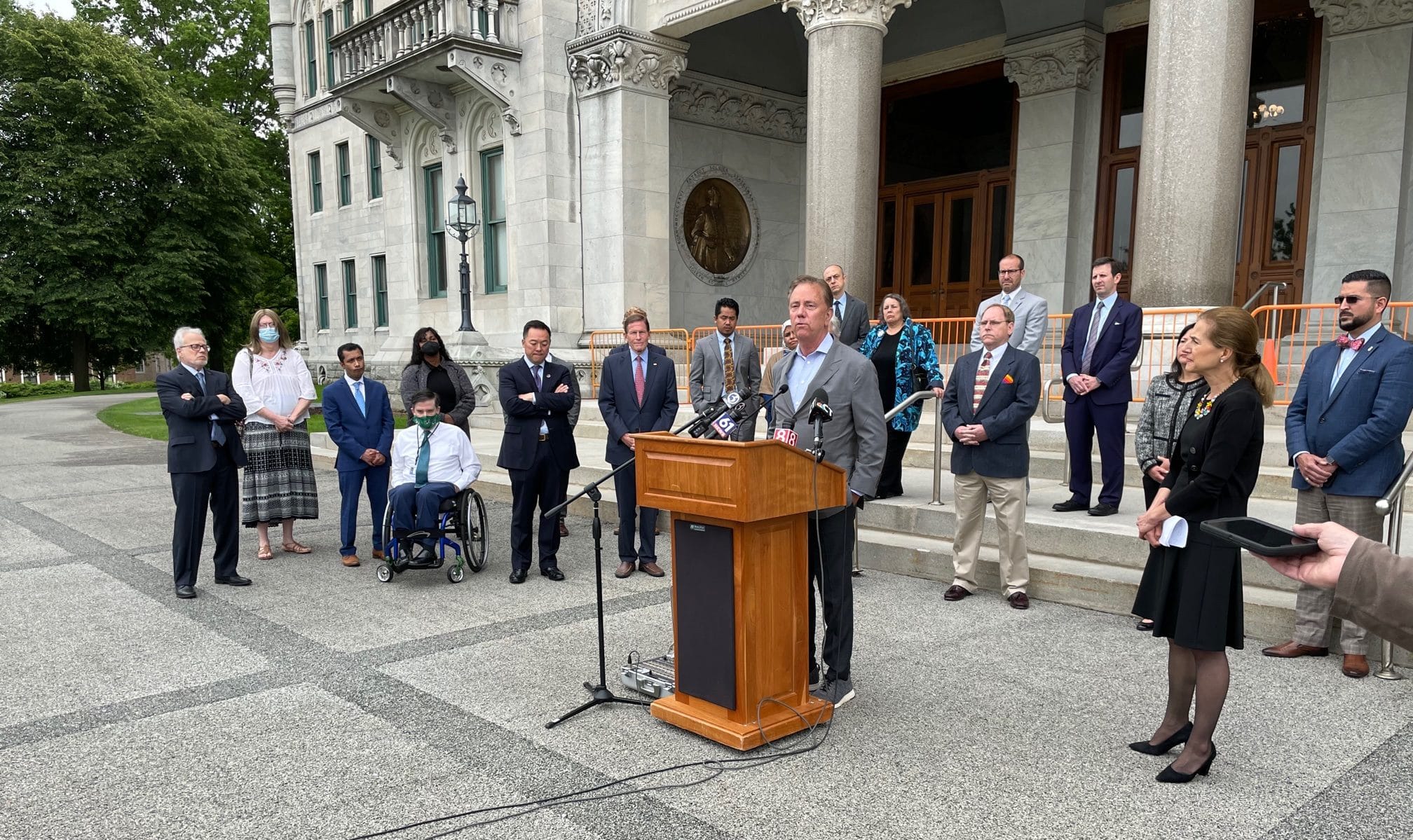 Just days after another noose was discovered at an Amazon construction site in Windsor, Gov. Ned Lamont on Tuesday announced the 25 members of the state’s new hate crimes advisory council.

The Connecticut Hate Crimes Advisory Council will organize programs aimed at raising community awareness and encouraging the reporting of hate crimes and will be tasked with making recommendations for new laws regarding compensation for victims and programs geared toward first-time and juvenile offenders.

The council’s formation is timely, occurring amid a surge of hate crimes across the nation, with scattered incidents in Connecticut.

Attorney General William Tong, who joined Lamont for the announcement at the state Capitol, said he is dismayed to see another surge in these crimes.

“In 2017, there was a spike in hate crimes across our state; in our country, more than a 20% surge. We saw bomb threats called into mosques and synagogues, swastikas painted in Danbury at that time … And now, here we are again,” said Tong. “And in particular, we’re seeing a surge in hate crimes against … Asian Americans, a 150% surge across the country, more than 800% in New York City. And we all know, of course, of the horrific events in Atlanta, the murder of six Asian American women, the shooting death of Sikhs in Indianapolis.”

Recent incidents in Connecticut include a swastika that was painted on a building at UConn on the first day of Passover, for which student Kristopher Pieper, 21, was arrested and charged, and an Amazon construction site in Windsor that was shut down temporarily for the second time in a week on May 27 after a noose was found – the eighth noose discovered within four weeks.

Lamont appointed Judge Trial Referee Douglas S. Lavine and Connecticut Bar Association president Amy Lin Meyerson to serve as co-chairs of the group. The other members come from a variety of higher education, religious and human rights groups, including the Anti-Defamation League, the Connecticut Trans Advocacy Coalition and ACLU Connecticut.

There are nine ex-officio members, including the Chief State’s Attorney; the Chief Public Defender; the commissioner of the Department of Emergency Services and Public Protection; and the president of the Connecticut Bar Association.