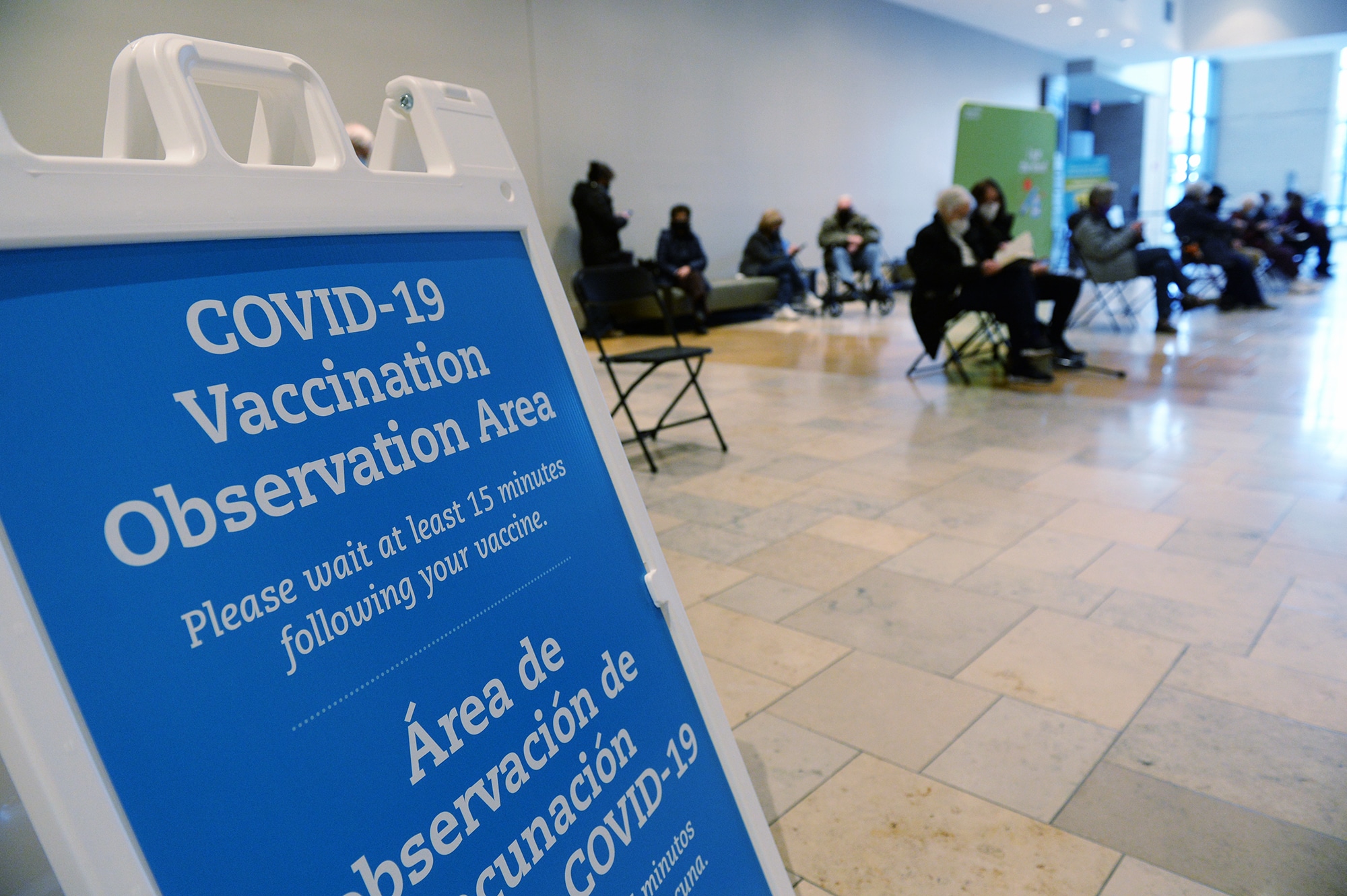 Hartford HealthCare’s mass vaccination center at the Connecticut Convention Center closed this week. Close to 200,000 vaccinations were administered there since it opened on Dec. 29, 2020.

During the height of the pandemic, Hartford HealthCare’s vaccination site at the Connecticut Convention Center was administering 1,600 vaccines a day. On Wednesday — the last day of operation for state’s first mass vaccination center — that number had trickled to a mere 37 shots.

“We knew this day would come when we would not need these large sites to vaccinate folks but that does not mean our work is done,” Hartford HealthCare Chief Clinical Officer James Cardon said. “We have more vaccines to administer and we are migrating to more distributive, smaller sites and we have 17 of them across the area that people will be able to walk into if they desire.”

As vaccination rates have slowed, Connecticut has shifted its focus to targeted mobile and pop up clinics. Mass vaccination clinics at casinos, college campuses, an abandoned air field and even an empty grocery store have shut in recent weeks because there was no longer enough volume to justify staffing them.

More than 4.4 million vaccines have been issued in Connecticut since December. Nearly 77% of the state's eligible population is now vaccinated, putting Connecticut among the leading states in the nation — as it has been for several months. At the same time, the infection rate has rested below one percent for several weeks and as of Wednesday only 31 people were hospitalized with COVID. Overall, 8,278 people have died since the virus was first detected here in March of 2020.

But even without the mass vaccination sites there are still plenty of opportunities to get a shot as the state is still giving vaccine to hundreds of private businesses, such as pharmacies and grocery stories Stop N' Shops and Wal-Mart's across the state.

On Thursday, the Griffin vans will be at Rentschler Field in East Hartford during the women's soccer match between the U.S. and Mexico. As an extra incentive, all fans who receive their vaccine will receive a $15 food voucher redeemable at any concession stand located on the stadium concourse.

The state is focusing its mobile vaccine clinics on reaching young people - there was a recent clinic at the Stafford Motor Speedway - because the vaccine rate for those 34 and under is significantly lower than state officials would like.

"There continues to be a decrease in vaccination rates among younger adults so that’s why there is a perfect fit with events like the WNT Send-Off Series (soccer game)," Acting DPH Commissioner Deidre Gifford said. "It gives those younger adults an added incentive to get vaccine and protect themselves and their loved ones.”

Testing also has slowed down c considerably and on Thursday DPH announced that all 0f the state's mass vaccination sites would be closing effective Thursday..

“In large measure, Connecticut residents have stepped up and gotten vaccinated to protect themselves, their families and their community, which has resulted in low rates of COVID-19 infections, hospitalizations and deaths and lower testing demand.  The State has provided free testing to all Connecticut residents which was the right road to take. As of yesterday, we ended the contracting for testing, and we are grateful to all our health care partners and local health for the support in operating the mass testing sites,” said DPH Deputy Commissioner Heather Aaron in a press release.

Connecticut residents will still be able to get tested at more than 230 locations throughout the state, including many pharmacies, hospitals and urgent care centers. In addition, DPH anticipates that COVID-19 testing will become increasingly available in primary care provider offices.

Cardon said hospital officials are now trying to reach people who may be hesitant to get vaccinated or weren't able to sign up through the myriad of online vaccine scheduling sites. Cardon said anyone who received their first vaccine dose recently at the convention center has already had their second dose scheduled at one of the smaller satellite sites.

“We have been continuing community pop-ups and the FEMA trailer stationed at Edgewood Park in New Haven starting this week for first and second doses,” Dantonio said. “We have started rolling out a limited number of ambulatory vaccination sites (thus far in North Haven and New London) with plans for more.”

Hartford HealthCare's Senior Systems Director Keith Grant said "while the convention center is no longer a primary area to get vaccinated we will find a way to come to you" if you need information or want to be vaccinated.

"The 500,000 individuals that you have vaccinated here have saved countless lives, there is no doubt about that," Grant said. "There have only been 242 breakthrough cases in the state out of more than two million individuals vaccinated."

Grant said the vaccines seem to be effective against the Delta variant, making it even more vital that people get vaccinated if they have not already. Researchers at Yale estimate that somewhere between 10-20% of sequenced cases in Connecticut are the Delta variant.

"We are in a much better place now than last summer and we should be looking forward to a much better Thanksgiving and holiday season," Grant said.