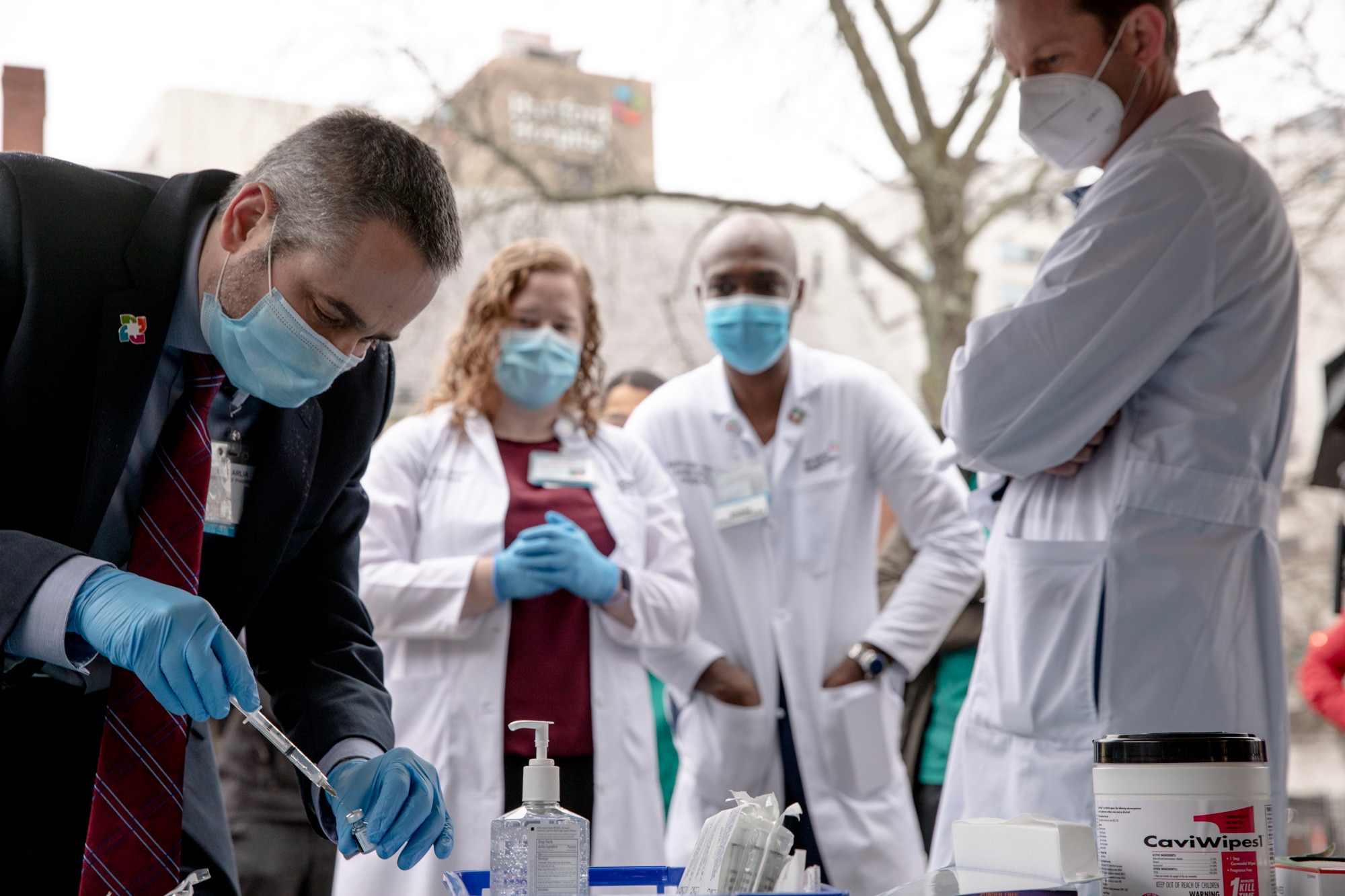 Eric Arlia, director of systems pharmacy at Hartford HealthCare, prepares for the distribution of the covid-19 vaccine for front-line health care workers.

Connecticut’s COVID metrics continue to inch upwards, with 409 new reported cases Monday — representing a 1.53% positivity rate — as the Delta variant’s foothold in the state grows stronger. Connecticut is currently posting a seven-day positivity rate that is comparable with its numbers from early May.

The Delta variant, which was originally identified in India, is now likely dominant in the state, according to sequencing by Nate Grubaugh, epidemiologist at the Yale School of Public Health. In addition to being the dominant strain of the virus, Delta cases are projected to increase in the coming weeks.

“The main take-away is that we will see a rise in cases in Connecticut due to the Delta variant, unless something drastic happens,” Grubaugh said. “My hope is that we have things in control by the time that school starts.”

In other parts of the country where Delta is dominant, hospitalizations have surged and deaths are on the rise.

It’s unlikely that Connecticut will see the same magnitude of increases in hospitalizations and deaths given that the state has one of the highest vaccination rates in the country, with particularly high coverage among 65+ adults.

Keith Grant, senior system director for infection prevention at Hartford HealthCare, expects to see an increase in hospitalizations as cases in the state increase, although the scale of that increase is not expected to be as high as it has been in the past.

“We went from .3% to 1.2% … and now we’re 1.5%. So that’s a good rate of change,” he said. “Although there’s no mask mandate … if you have a sniffle, wear your mask. If you believe you’re going to be amongst a group of people where you have no idea what their vaccine status is, everyone in those parties should be wearing a mask. Unless there’s absolute certainty that everyone’s vaccinated, and we know that’s not happening.

“Although there is no mandate in place for a number of these areas, we just need to be very, very mindful.”

The Delta variant has been shown to be considerably more transmissible than the original virus. The jury is still out on whether it is more lethal, said Saad Omer, the director of the Yale Institute of Global Health.

Preliminary data suggest that all three vaccines authorized for use in the United States provide protection against the Delta variant. Some studies have shown that two Pfizer doses are far more protective than one. While that’s good news, the vaccines do not confer complete immunity; rather, they reduce the relative risk of infection.

“Our vaccines work the best when we give them less work to do. And we’re heading toward the direction in which we’re going to be giving our vaccines a lot of work to do,” Grubaugh said.

Connecticut has been making a concerted push to increase vaccinations, particularly among younger age groups, by offering incentives such as free drinks and concert tickets.

Grant has a stark warning for individuals who are not yet vaccinated: “They’re dealing with a different virus. It’s a completely different beast from what we have seen before. That to me is my biggest concern.”