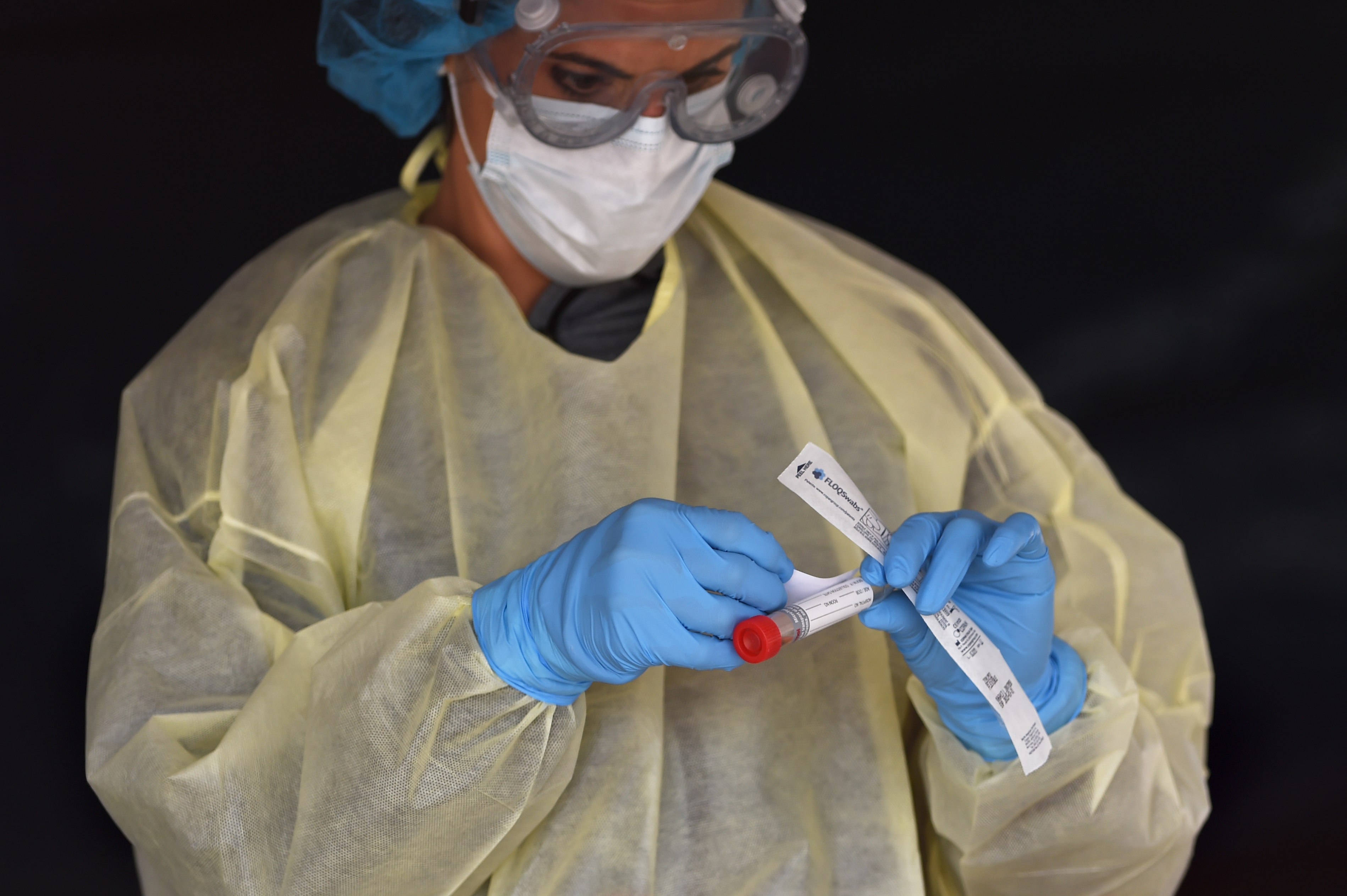 Many towns and cities throughout Connecticut are reimplementing mask mandates for municipal buildings and restarting virtual public meetings as coronavirus cases tick up slightly again in Connecticut. File photo.

Right in the middle of the home page of the town of Colchester’s website is a news item: “All Board and Commission Meetings to be held by Zoom.”

The link, posted Tuesday morning, reads: “Effective immediately, all Town related, indoor meetings, are moving back to Zoom ONLY format. We will update the calendar and agendas today with the links for signing into the meetings.”

Colchester’s not alone. With new cases of delta-variant coronavirus ticking up in Connecticut, a number of the state’s 169 towns and cities are reverting to virtual public meetings and reimplementing mask mandates in government buildings.

The leaders of the state’s municipalities, however, are showing less interest in more forceful measures that are being taken in other parts of the country in order to limit the spread of COVID-19 and the new variants of the virus that are taking hold.

In the past two weeks, Connecticut has seen its case numbers and hospitalizations from coronavirus jump to levels not seen since May, and all eight counties in the state are now considered to have “substantial transmission” of the virus.

New Haven Mayor Justin Elicker made headlines this week when he told news reporters during a press conference that he was “exploring” whether to require the city’s roughly 6,000 public employees to be vaccinated or face more frequent COVID testing.

“Our numbers are good,” Elicker said of New Haven’s coronavirus numbers. “However, we still have a lot more work to do. I think it’s important for people to do their part.”

States like New York and California and major cities like Denver already took the step of requiring vaccines among their workers in recent days, joining other entities like hospitals, universities and a number of major U.S. corporations. Connecticut Gov. Ned Lamont has also made it clear he is considering similar policies for Connecticut state employees.

Even so, it’s unlikely that a large number of towns and cities in the state will be mandating that their firefighters, police officers and office employees get vaccinated, at least in the short term, according to Joe DeLong, the executive director of the Connecticut Conference of Municipalities.

“I think that’s one of those things that people are in a fact-finding mission on,” he said, adding that he expects many government employees in Connecticut are already vaccinated. More than 63% of the state’s eligible population is fully vaccinated, one of the highest rates in the country.

DeLong met this week with the board members of the Conference of Municipalities for a retreat, where he had conversations about how local leaders are reacting to the slight resurgence of the virus in Connecticut.

Many of the people DeLong spoke with, he said, were considering whether to enforce mask mandates in public buildings following the U.S. Centers for Disease Control and Prevention’s recommendation that even fully vaccinated individuals use face coverings while in crowded indoor settings.

But for the most part, DeLong said, local officials are not willing to step out on their own and get ahead of the state or the recommendations coming out of the CDC.

Betsy Gara, the executive director of the Connecticut Council of Small Towns, said she is hearing similar sentiments from the leaders of the 142 smaller municipalities that make up her group. Returning to virtual meetings may be hard enough for some of the smaller towns in the state, Gara said.

Over 100 municipalities in Connecticut, she said, often require individual citizens and property owners to cast votes during town meetings on things like budgets and referendums. That process was made more difficult during the pandemic, since town officials needed to verify that a citizen or property owner was actually eligible to vote on those issues.

Even with those logistical problems, Gara said, most towns are willing to return to virtual meetings and take other steps to protect the health of their citizens and employees.

Colchester is one such town. Mary Bylone, the town’s First Selectman, said she notified city employees and visitors to public buildings that they would need to start wearing masks again.

Colchester, Bylone said, doesn’t have many reported cases of coronavirus currently, but with cases popping up in neighboring municipalities in New London County, she wanted to make sure the town did its part to keep its employees and residents safe.

As a retired nurse, Bylone said she continues to encourage people in her town to seek out a vaccine. But she is not comfortable mandating town employees to get vaccinated. That will continue to be their choice, she said.

Mandating vaccines for government workers in Connecticut, she added, is likely too politically explosive for most towns and cities to even consider.

The town of Mansfield, where the University of Connecticut is located, also reinstituted its mask mandate for government buildings this week.

Mayor Toni Moran said that decision was prompted by the continued spread of the delta variant in Connecticut and the recent CDC research that suggested fully vaccinated individuals can also transmit that variant.

Moran said town leaders didn’t want vaccinated people coming into contact with the delta variant in Mansfield’s public buildings and carrying the virus home to unvaccinated family members, including children under the age of 12 who are not eligible for a vaccine yet.

“Everyone is disappointed that that pandemic hasn’t been completely conquered yet,” Moran said. “But everyone knows the variants and the original disease can have unpredictable results.”

There is a small minority of residents in Mansfield who are opposed to masks and mandatory vaccinations, but Moran said most people recognize the need for the public health protections.

Mansfield leaders did not plan on debating a vaccination requirement for its employees at this point, Moran added, but she said the town would consider it if they found it necessary.

Andrew Brown joined CT Mirror as an investigative reporter in July 2021. Prior to moving to Connecticut, Andrew was a reporter at newspapers in North Dakota, West Virginia and most recently South Carolina. He’s covered business, utilities, environmental issues, the opioid crisis, local government and two state legislatures. Do you have a story tip? Reach Andrew at 843-592-9958