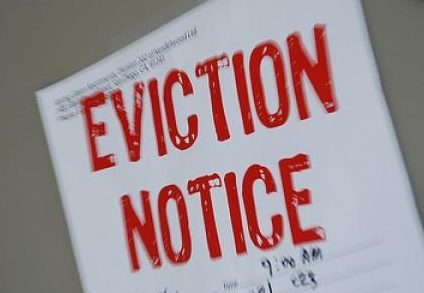 Connecticut got a preview earlier this week just how many renters face eviction when the federal moratorium was lifted for two days.

Before the federal order was reinstated Wednesday, judges in Connecticut signed a surge of orders that allow state marshals to remove tenants and their belongings from their homes.

Yoni Zamir is a legal aid attorney who represents two of the 154 families that judges approved to be evicted while the federal moratorium was lifted Monday and Tuesday.

The 154 families that judges gave the nod to be evicted Monday and Tuesday is double the number of evictions that were being granted in recent weeks. It also mirrors pre-pandemic eviction levels.

But the pandemic hasn’t fully subsided, and fair housing attorneys point out that those who are facing eviction tend to live in ZIP codes with the lowest vaccination rates, which tend to be low-income communities of color.

Because evictions often lead to people cramming into a friend’s or family’s place — or homelessness — it makes it incredibly difficult to follow public health experts’ pleas to physically distance and quarantine if exposed or infected.

In Connecticut, Latino residents are three times as likely to face eviction as white residents, according to a CT Mirror analysis from April. And while evictions are happening in nearly every community, residents living in the state’s lowest-income communities are facing eviction much more frequently. For example, Bridgeport renters are being evicted at almost twice the rate as renters in Fairfield and Westport, an analysis by CT Public found.

Erin Kemple, the executive director of the Connecticut Fair Housing Center, said that nearly all of the evictions granted during the two-day lift were in high-poverty communities of color.

“It reinforces what we’ve known all along, which is the pandemic is hitting people of color harder than white communities.”

But many landlords are frustrated with the restrictions around who they can evict.

President of Connecticut Property Owners Alliance Bob De Cosmo told CT Public on the day the federal moratorium was lifted that there wouldn’t be a huge influx of evictions and people are gaming the system.

“There’s people that sort of, and I hate to use this terminology, but they kind of make their living by not paying your bills,” he said. “I’m going on record saying there will be no tsunami of evictions.”

Reacting to the latest numbers, De Cosmo said an increase is inevitable because there’s a significant backlog of cases.

“I think that the best option here is to let the system work,” he said.

The federal moratorium is now set to expire Oct. 3, or potentially earlier if the spread of the virus slows drastically. Advocates hope that will give the state enough time to distribute the remaining $373 million it received for rental assistance, but has been slow to roll out.

For the dozens who the courts evicted when the ban was lifted, attorneys have asked the Judicial Branch to recall the removal orders since the moratorium is again in place.

This story was originally published Aug. 5, 2021, by Connecticut Public.