COVID-19 testing rates have dropped in CT. Do we have a handle on the spread of the delta variant? 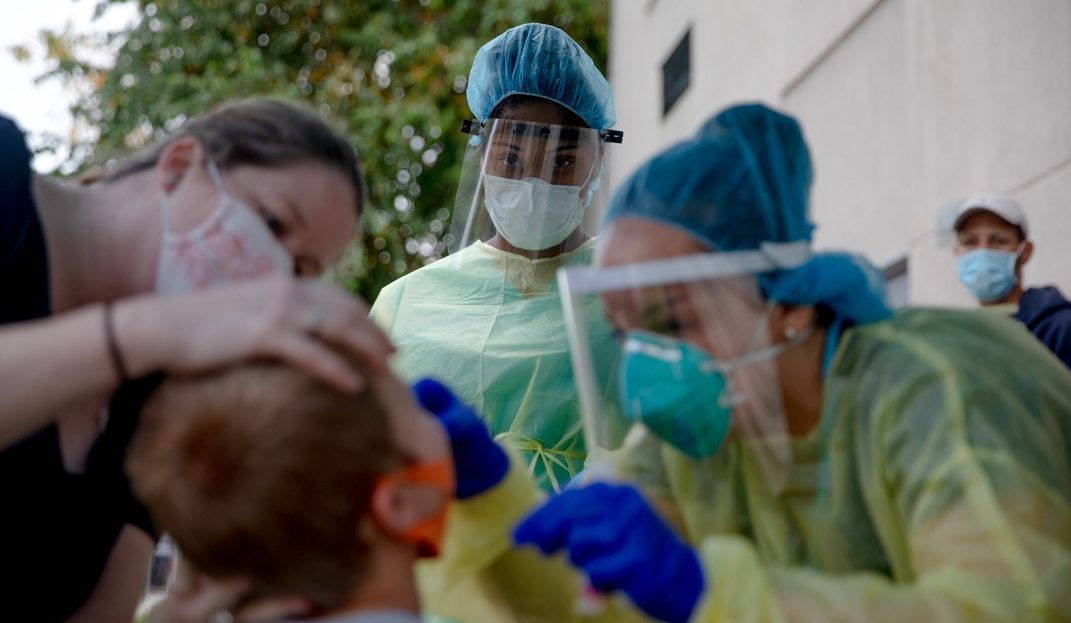 The last time Connecticut’s daily COVID-19 positivity rate was consistently over 3%, it was in the middle of April — and the state was reporting almost twice as many tests then as it is now, raising the questions: Does Connecticut have good visibility into the spread of COVID in the state, and how important is testing in disease surveillance now that 74% of the eligible population in the state has been vaccinated?

At the beginning of the pandemic, COVID-19 tests were scarce and testing volume was low as the state, like the rest of the country, struggled to scale up its testing program. Lower testing numbers today, though, are a product of a shift in strategy in disease surveillance as more U.S. residents get vaccinated — though public health experts agree that the strategy may need to evolve for the country to get a more accurate picture of the spread of the delta variant.

Testing tends to stall in the summer as schools and universities have fewer students to test, but this year’s decline in testing is a natural consequence of the state’s high vaccination rate. The CDC recommended that only fully vaccinated individuals with symptoms get tested in June, a recommendation it later changed in July.

The number of reported tests has steadily increased in the past few weeks. Covidestim.org, a disease monitoring tool developed by Yale School of Public Health epidemiologist Ted Cohen, estimates the true number of infections in the state at any given point in time from reported cases.

Cohen is working on improving the model’s accounting of vaccination in countering infection spread, and the state Department of Public Health's decision to release death data weekly instead of daily complicates matters. But with those caveats, Covidestim puts the number of infections in the state "two to two and half times" the reported number of cases in the state at present. 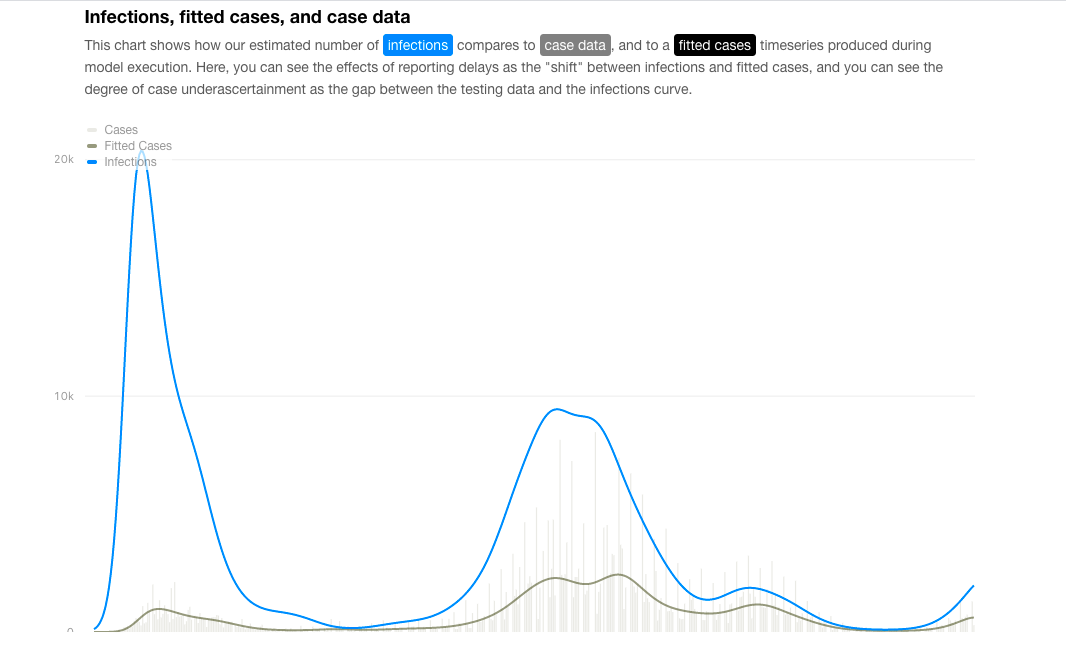 “As vaccines have been rolled out, the importance of testing has been downplayed,” Cohen said. “That's a mistake.”

Regardless of vaccination status, “it is most important that persons who are sick with symptoms consistent with COVID-19 or are well and have had known exposures be tested for COVID-19,” DPH officials wrote. “We work with local health departments and testing partners to make testing available, accessible, and without out-of-pocket costs for all individuals that should get tested.”

Where can you still get tested?

"As it stands right now, Hartford HealthCare is providing, it seems to be, sufficient infrastructure to facilitate testing," said Keith Grant, senior system director of Infection Prevention, this week.

Hartford Health Department Director Liany Arroyo sends out canvassers into the community to answer questions about inoculations, but they’ve also been fielding questions about testing, she said.

“Since a lot of the big testing sites have shut down, we decided that we wanted to move into the mobile testing to provide that,” she said.

Existing guidance on testing requirements is based on data on the spread of variants of the virus that are no longer dominant, said Nathan Grubaugh, associate professor at the Yale School of Public Health. “We need to be re-evaluating all of our testing strategies right now to make sure that it matches [the] delta” variant.

Deidre Gifford, the acting commissioner of the Department of Public Health, is expected to announce weekly testing requirements for unvaccinated nursing home staff in the coming few days.

“As the epidemiology of COVID-19 changes and as we gather more scientific data on how it spreads, the testing strategies may evolve to help identify spread,” a DPH statement said.

Testing is one of many tools at the state’s disposal to track the spread of COVID-19 in the state.

When overall testing is low, wastewater monitoring can serve as an important canary in the coal mine as cases increase, Grubaugh said.

“Wastewater was, I think, the most helpful at the beginning of the pandemic, when we didn't have as much testing,” he said. “You're looking at that concern of ... do we have enough testing to really figure out what's going on here, from a population level? Wastewater is a backup plan.”

In Connecticut, wastewater monitoring is reported daily by researchers at the Yale’s Environmental Engineering Program and covers over “1 million residents in the Stamford, Danbury, Bridgeport, New Haven, Hartford, New London, and Norwich regions,” according to the researchers' website.

Hospitalizations and deaths also provide insight into the spread of the disease and the real-world efficacy of the vaccines in use. In Connecticut, the CDC, DPH and the Yale School of Public Health conduct “active surveillance” of hospitalizations to determine how many hospitalized people with a positive COVID test have been fully vaccinated, said Kimberly Yousey-Hindes, epidemiologist at the Yale School of Public Health.

As global vaccination rates stall and cases rise in the United States and across the world, more variants will emerge, and some may be more effective at breaching the protection offered by vaccines. Genomic sequencing, which allows for the identification of new variants of the virus, is a key part of COVID-19 surveillance as the virus mutates.

“It's a tremendously important tool that we're just beginning to learn how to use in practice,” Cohen said.

The "vast majority" of sequenced cases in Connecticut are sequenced by Grubaugh’s’ lab.

There’s no clear threshold for how much sequencing is considered adequate for surveillance purposes, Grubaugh said. As a rule of thumb, sequencing 5% to 10% of cases can pick up the emergence of variants in the state. Grubaugh’s lab was able to detect the delta variant’s presence in the state in April, he said.

Grubaugh’s lab also sequences all breakthrough cases — defined as cases of infection among fully vaccinated individuals — that are identified in the Yale New Haven Hospital system "provided there's enough virus there to sequence," he said.

Around 10% of cases in the state in June were sequenced, according to the DPH.

“CT DPH is actively working to increase the number of specimens sequenced as cases increase,” a DPH release stated.

Overall, Grubaugh is optimistic about the state’s ability to keep tabs on COVID spread in the state going forward.