Pfizer CEO to public: Just trust us on the COVID booster 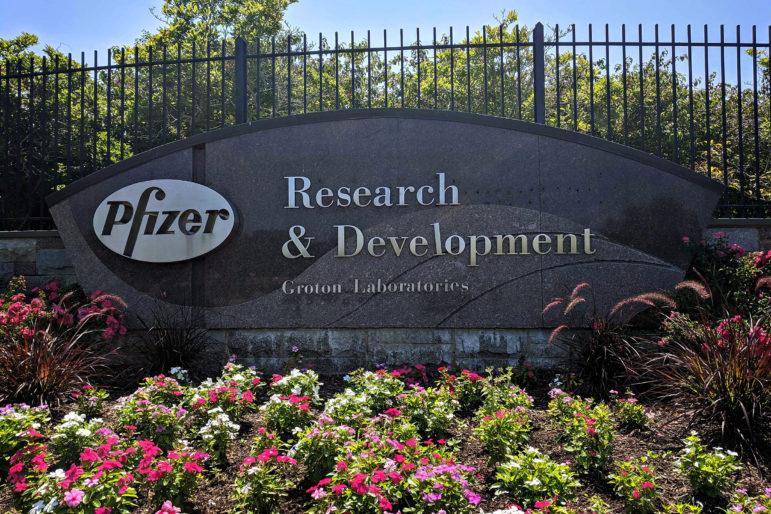 Pfizer campus in Groton on July 22. The pharmaceutical giant announced that early trials of a coronavirus vaccine are 90% effective.

Pfizer CEO Albert Bourla was confident in June about the ability of his company’s vaccine to protect against the highly contagious delta variant as it marched across the globe and filled U.S. hospitals with patients.

“I feel quite comfortable that we cover it,” Bourla said.

Just weeks later, Pfizer said it would seek authorization for a booster shot, after early trial results showed a third dose potentially increased protection. At the end of July, Pfizer and BioNTech announced findings that four to six months after a second dose, their vaccine’s efficacy dropped to about 84%.

Bourla was quick to promote a third dose after the discouraging news, saying he was “very, very confident” that a booster would increase immunity levels in the vaccinated.

There’s one hitch: Pfizer has not yet delivered conclusive proof to back up that confidence. The company lacks late-stage clinical trial results to confirm a booster will work against COVID variants including delta, which now accounts for 93% of new infections across the U.S.

Pfizer announced its global phase 3 trial on a third dose in mid-July. That trial’s completion date is in 2022. Phase 3 results generally are required before regulatory approval.

“We are confident in this vaccine and the third dose, but you have to remember the vaccine efficacy study is still going on, so we need all the evidence to back up that,” Jerica Pitts, Pfizer’s director of global media relations, said Monday. The financial stakes are enormous: Pfizer announced in July that it expects $33.5 billion in COVID-19 vaccine revenue this year.

Meanwhile, Pfizer recently said that if a third dose couldn’t combat the delta or other variants, the drug maker is poised to come up with a “tailor-made” vaccine within 100 days.

All of this has sown a sense of confusion about what exactly will work, and when. The pharmaceutical industry’s rush to recommend boosters for the public is “a little frustrating,” said Dr. Paul Offit, director of the Vaccine Education Center at Children’s Hospital of Philadelphia and an adviser to the National Institutes of Health and Food and Drug Administration. Even if a booster is found to be safe, he said, the U.S. effort should focus on “vaccinating people who are unvaccinated.”

In any case, decisions about boosters do not rest with vaccine makers, he said.

“Pharmaceutical companies aren’t public health agencies, it’s really not theirs to determine when or whether there should be booster dosing,” Offit said. “That is the purview of the CDC.”

Indeed, the Centers for Disease Control and Prevention and the FDA ― the federal agencies overseeing the authorization of COVID vaccines ― said in July that fully vaccinated Americans do not need a booster shot. Currently authorized vaccines ― from Pfizer, Moderna and Johnson & Johnson ― are working as they should: All three lower the risk of COVID severe enough to hospitalize or kill a person.

If hospitalization and death rates increase among the vaccinated, then it would be time to talk about boosters, Offit said, but “we’re not there yet.”

The White House has added to the mixed messaging: Spokesperson Jan Psaki confirmed that the U.S. will buy an additional 200 million doses of the Pfizer-BioNTech vaccine for inoculating children under 12 and for possible boosters.

Natalie Dean, a biostatistician at Emory University in Atlanta, said the confusion is not necessarily the fault of any one institution but rather “there is genuine scientific uncertainty about how well [existing] vaccines work against the new variant.”

Scientists are piecing together information from observational studies, outbreak investigations and analyses of antibody responses.

For many Americans ― especially those who struggled six months ago to find any dose, frantically hiring vaccine hunters and driving hours-long distances for their first jab ― the confusion has set off a feverish search for an illicit third dose just in case it’s necessary.

“I snuck in a dose of Pfizer last week,” Angie Melton, a 50-year-old mother of four, shared on Facebook. Melton received the one-dose Johnson & Johnson shot at a mass vaccination site in April and feared the highly contagious delta variant could infect her and, then, her unvaccinated 10-year-old son, who has asthma. 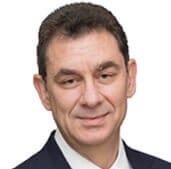 After consulting friends and doctors and seeing reports about mix-and-match approaches in Europe, Melton signed onto a local pharmacy site and made an appointment to get a Pfizer shot. She’s scheduled for a second shot as well.

The CDC advisory panel was set to meet Friday to consider updates on whether additional vaccine doses are necessary for immunocompromised people. A presentation about boosters is also on the agenda.

Immunocompromised patients like Sarah Keitt, who has multiple sclerosis and Crohn’s disease, expressed relief that federal regulators planned to recommend a third dose. Keitt, a disability rights activist who lives in Connecticut, said her neurologist told her to get a booster even after she had received two doses of Moderna. On Thursday, she said she was eager to get another dose but still frustrated about a lack of confidence in how much protection it would offer.

“If someone could definitely say there is a 95% chance you are protected” by a booster, Keitt said, “I would love it.”

Despite widespread media reports of “breakthrough cases,” a recent data analysis by KFF found that hospitalizations and deaths are extremely rare among the fully vaccinated ― well below 1%.

Offit points to a recent outbreak in Provincetown, Mass., in which only four of the 346 fully vaccinated people infected with COVID were hospitalized, two of whom had underlying medical conditions. And no one died. “This vaccine still does an excellent job in the face of the delta variant at protecting people against severe, critical disease,” he said.

Yet the effectiveness of the Pfizer vaccine against variants is still under debate. This month a new preprint study by the Mayo Clinic found that the product’s effectiveness against infection dropped to 42% from January to July ― as the delta variant’s prevalence markedly increased.

Pfizer and partner BioNTech announced they are developing an updated version of their vaccine in Germany to target the genomic features of the delta variant.

However, the idea that a new formulation could work better is “mostly hypothetical at this point,” said Vaughn Cooper, a professor of microbiology and molecular genetics at the University of Pittsburgh.

Dr. Vincent Rajkumar, a hematologist at the Mayo Clinic who closely studies his patients’ immune responses and antibody levels, said trying both strategies of using the current vaccine and testing a new version sounds reasonable.

There is one hypothesis that if “breakthrough” infections are due to a drop in antibody levels, boosting those levels will be enough, Rajkumar said. But the more worrisome hypothesis is that the delta variant, or any other variant, might respond considerably differently ― and be less threatened ― by the antibodies the current vaccine generates.

“So unless you boost [antibodies] with a vaccine that is specific to delta, it won’t work,” Rajkumar said. Rajkumar said testing both hypotheses is the “right thing to do in the interest of time.”

At the same time, though, the push for giving booster shots to healthy populations is premature, said Dr. Sadiya Khan, an epidemiologist and cardiologist at Northwestern University Feinberg School of Medicine. That’s because even if those already fully vaccinated do get a third dose or booster, the virus is still circulating among millions of unvaccinated people.

“The overwhelming majority of infections and hospitalizations and deaths are occurring among those who are unvaccinated,” Khan said.

“Giving up on that greater strategy of vaccinating the population is going to lead to continued surges,” she said. “The potential for harm is quite large.”

This story was originally published August 13, 2021, by Kaiser Health News.