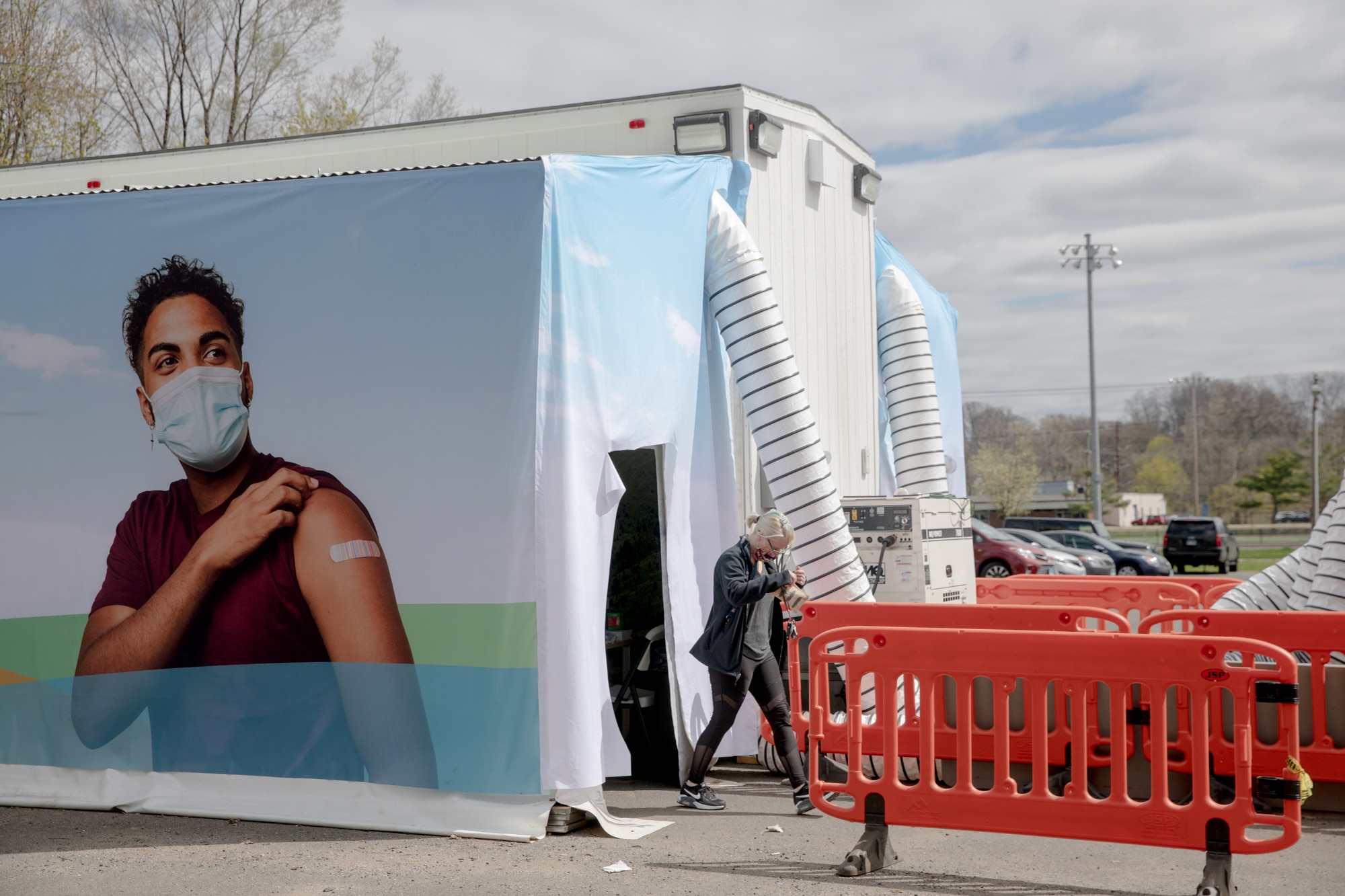 A visitor heads to the observation area at the FEMA Mobile Vaccination Unit in New Britain.

Local hospitals and health districts are gearing up to administer booster shots of COVID-19 vaccines after federal authorities announced Wednesday that booster shots for the broader population should begin in late September.

The latest data indicate the Pfizer and Moderna vaccines are already losing their efficacy as the delta variant spreads, according to the Centers for Disease Control and Prevention.

Dr. James Cardon, Hartford HealthCare’s chief clinical integration officer, said the hospital has already started giving booster shots to immunocompromised patients. Since the group was isolated for vaccinations during the first go-round, the hospital was able to contact those patients and schedule vaccines.

“We have sent out messages to all of the folks who we saw as appropriate candidates that we had records for, sort of trying to proactively engage them and bring them in,” Cardon said. “We are administering vaccines — we’ve not seen a huge volume in any of our vaccine centers yet, but we anticipate that volume is going to grow as it goes forward.”

As with the initial vaccine rollout last December, first responders, hospital employees and long-term care residents will get their booster shots first, as early as Sept. 20.

Everyone else will be asked to schedule an appointment eight months after they got their second shot of either the Pfizer or Moderna vaccine. People who got the one-shot Johnson & Johnson vaccine will be asked to wait until more data is available on whether they will need a booster. The J&J vaccine wasn’t administered until March.

West Hartford/Bloomfield Health District Director Aimee Krauss said the district will be doing vaccines for the immunocompromised at its weekly clinics and also scheduling appointments for people to come into the office.

“We have been contacted by people for their third dose, and if someone reaches out to us, as long as they meet the criteria, we are scheduling vaccines,” Krauss said.

She said health directors are awaiting direction on how to proceed with booster shots for the general public. At a press conference Tuesday, Gov. Ned Lamont said that state officials would have a plan by next week.

Krauss said she has noticed a recent uptick in nursing home cases in her area, particularly among staff. She also noted that Bloomfield on Wednesday announced a town-wide mask mandate because it has reached the 15% infection level.

Cardon said it is too early to decide if Hartford HealthCare will need to open mass vaccination centers again to administer third doses. Cardon said this time around there’s plenty of capacity and plenty of vaccine available.

“We’re in a much better place,” he said. Clinicians “should be able to actually vaccinate you in their office, just like a flu shot,” Cardon said. “We are exploring whether we need some centralized locations to just handle the volume that could come through. I don’t think it will be anywhere near as big (as before), but there may be some value in terms of vaccinations to have some of the sites we’ve had in the past.”

Grant said that, despite the increase in breakthrough cases, it’s clear the vaccines are still working, because far fewer elderly patients are dying than in previous waves.

“How do we measure efficacy for this vaccine?” Grand said. “For me, measuring efficacy is not the breakthrough cases, it is whether or not these patients are getting critically ill … If I get a phone call a year ago that one of these patients has COVID-19, the expected mortality is significantly high … That’s the difference. We’ve changed the conversation completely.”

The decision to offer booster shots to everyone comes as the delta variant continues to spread in many areas of the country.

CDC Director Rochelle Walensky said that some recent studies have led health officials to conclude three things: The vaccine-induced protection against COVID-19 begins to decrease over time, vaccine effectiveness is generally decreased against the delta variant, and the vaccine effectiveness against severe disease, hospitalization and death remains relatively high.

While health officials have maintained the variant has mostly impacted the unvaccinated, particularly when it comes to hospitalizations and deaths, new data do show that the efficacy of the Pfizer and Moderna vaccines is waning.

From May 3 through July 25, New York examined COVID-19 tests and linked them to individuals’ vaccination status to study vaccine effectiveness over time.

The third study was from the CDC’s National Healthcare Safety Network, a nursing home cohort that analyzes more than 85,000 weekly reports from more than 14,900 facilities. The data show that vaccine effectiveness declined over time from 75% percent in March to 53% as recently as Aug. 1.

“This represents a substantial decline in vaccine effectiveness against infection among those who are most vulnerable, including during months when delta was the predominant circulating barrier,” Walensky said.