And it can be accomplished without vast expense 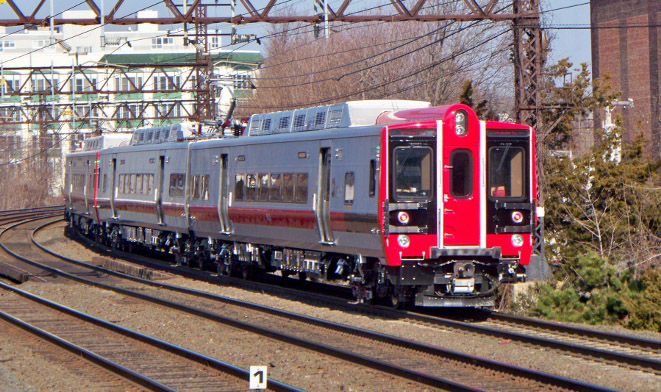 With the collapse of yet another high-speed-rail megaproject, this time in California, and with pension and debt obligations in Connecticut stretching to the horizon, no one could blame the public or state legislators for doubting Gov. Ned Lamont’s announced goal, dubbed 30-30-30, of 30-minute travel times by rail between paired cities: Hartford and New Haven, New Haven and Stamford, Stamford and New York City.

But if we are to believe a concise new study by Alon Levy, a well-regarded transportation writer and analyst, the usual planning bugbears of insufficient budgets and so-called NIMBY (Not In My Back Yard) won’t be to blame if implementation of the governor’s idea -– there isn’t yet enough available detail to call it a plan -– falls short this time.  Levy’s work, sponsored by the preservation-minded nonprofit SECoast, is the second of two collaborations on issues of transportation in Connecticut.

By Levy’s calculations, 30-minute travel times can be accomplished for hundreds of millions, not billions, of dollars above the programmed cost of planned upgrades to moveable bridges along the Northeast Corridor; without the vast expense and inevitable public outcry of constructing new rail corridors; without straightening curves or constructing tunnels or aerial structures. It’s a goal that can be accomplished -– give or take a minute or two -– while still relying on M8 Metro-North railcars introduced in 2011.

30-30-30 is not a high-speed rail megaproject in the making. In fact, unlike true high-speed rail, which rarely stops and typically averages speeds of 150 mph, Lamont’s goal would demand speeds of less than half that, around 70 mph, with service to communities along the corridor at an average speed comparable to Amtrak’s Acela between New York and Boston.  Once completed, it’s an idea which would actually reduce the nuisance of the existing corridor, by requiring safer crossings and quiet zones for towns north of New Haven. 30-30-30 is a plan that builds communities, and enhances property values, rather than destroying them.

To meet the goal of 30-minute travel times, Levy encourages a series of targeted small solutions: maintaining tracks straight enough to allow speeds of 100 mph, which today are maintained only to allow for 75 mph. Nighttime maintenance to reduce daytime disruption. Light track work and increased cant to allow for 22 percent faster travel speeds through existing curves. High platforms to improve accessibility and to ease boarding and exiting railcars. Electrification between New Haven and Hartford.

Simply put, is 30-30-30 feasible?  The answer is yes, if we are to believe Levy. “All three segments can be done in the specified amount of time. North of New Haven, there are generous margins, but 30-minute travel times will rely on electrifying the Shuttle and running high-quality electric trains. South of New Haven, each segment has just seconds to spare to achieve the governor’s goal, and no big-ticket capital investment would be needed, but the plan will require a complete overhaul in Metro-North operations.”

Rather than pour money into a bottomless pit of untargeted “State of Good Repair” programs, or vanity megaprojects with countless opportunity costs, Levy argues rather that we target investments toward increased reliability. “Most of all,” Levy writes, “reliability must improve enough that is possible to remove the extensive schedule padding in the timetable today. Metro-North is in a perpetual maintenance cycle. At any time there is a slow zone somewhere on the tracks, with generous schedule padding on top of it.”

Obviously, if the answers were that easy, we’d have accomplished them years ago. So, I asked Levy, isn’t it a problem that Connecticut’s plan for improved commuter rail requires funding and cooperation from New York? To which Levy replied, “maintenance standards on the New Haven Line are higher in New York, where the maximum speed today is 90 mph, than in Connecticut, where it is 75 mph, so the bulk of work needs to be done east of the state line …. the big time saving coming from New York, the Grand Central throat, would benefit all Metro-North trains, including ones on the Hudson and Harlem Lines. The work there is more about signal improvements than about more expensive civil infrastructure, so it should be affordable while cutting 5 minutes from every Metro-North trip to Midtown.”

Picturing a scene in the Connecticut General Assembly of skeptical lawmakers, tight budgets, facing competitive elections in two and four years, and a plan that would require still considerable funding, I asked Levy how we would set priorities. “As a first step,” Levy replied, “I’d recommend the legislators demand Metro-North study train reliability and work to eliminate sources of delays, in order to reduce schedule padding to an acceptable level. In addition, permitting trains to take curves at higher speed can be done immediately, at practically no cost – FRA regulatory changes from the beginning of the decade require some tests at its Pueblo facility but if these tests pass, as they should, then many curve-induced speed limits can be lifted. Finally, improving maintenance standards within the state to permit trains to run at 100 mph rather than 75 is an ongoing expense, measured in the very low tens of millions annually or even less.”

As for continued investments in a State of Good Repair, a tempting alternative for more cautious legislators, Levy breaks with conventional wisdom, arguing instead that “30-30-30 is closer to what a true program for [State of Good Repair] is meant to be. With tracks properly maintained, and with speeds on curves in line with current railroading practices in other developed countries, express trains would take exactly half an hour to travel between Grand Central and Stamford and between Stamford and New Haven.”

With a new Connecticut Department of Transportation Commissioner experienced with Metro-North operations there won’t be a better opportunity to network Connecticut’s small cities, and to improve transit times to and from New York City by rail. I encourage you to read Levy’s more detailed remarks, to weigh the costs and benefits, and to get started.

Gregory Stroud is Executive Director of SECoast, a nonprofit dedicated to issues of development, preservation and the environment in Connecticut and Rhode Island.