The ignorance of calling the electoral college racist 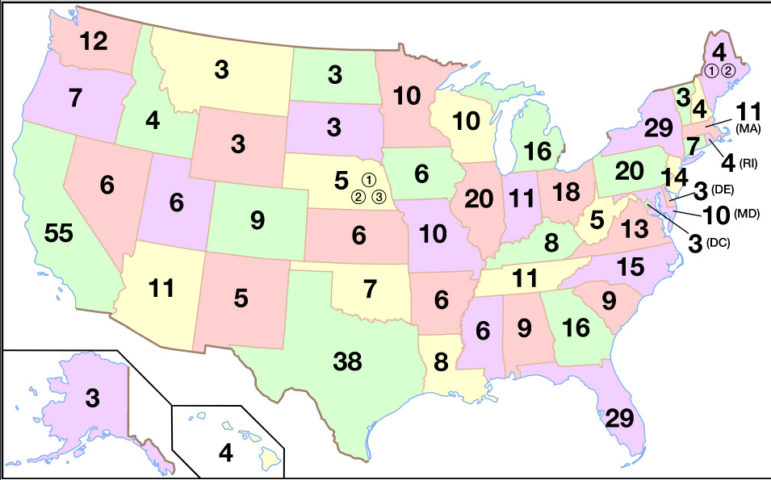 In his Aug. 23 Hartford Courant op-ed, Ed Marcus, the former Connecticut Democratic Party Chairman, attempts to convince us that the Electoral College is “a last vestige of racism.” He bases this claim on the 3/5th count given to slaves to determine state representation in half of the new federal legislature (the House of Representatives) when the Constitution was ratified.

Marcus, who holds a consistent and prominent placement on the Courant’s editorial page, claims that this 3/5th count not only did but “still can affect the outcome of presidential elections.” He spends the rest of his op-ed lambasting the South for their racism and linking them to the preservation of the Electoral College.

The crafters of our nation’s Constitution created a U.S. legislative body that contained two houses to prevent the small population states from being overpowered by the larger ones. According to the first census in 1790, the largest colony at the time was nine times as large as the smallest – including a count of women and slaves. Without women, slaves, white male youth, and others who then were not allowed to vote, the population discrepancy was about the same. Why would a small state give up its independence to join a federation where federal representation was based strictly on population?

Therefore, the enticement for small states to come on board was to establish two separate government houses: one based on population (the House) and one based on an equal number of legislative representatives for each state (the Senate). This ensured that small states could not routinely be overpowered by the larger ones.

The number of electors in the Electoral College is equal to the number of representatives that a state has, so in Connecticut’s case we get seven because we have two senators and five house members. The same exists for all other states (except that Washington D.C. is not a state and has no congressional representation but is allotted three electors). The Electoral College is simply a reflection of this system. Our country’s founders like Alexander Hamilton thought it safer to have electors that were specifically separate from the actual representatives to avoid any sense of permanency or illegitimate influence since they existed for that time only and that purpose only (to cast their states votes for president).

Granted, the 3/5 apportionment for slaves to decide the number of elected representatives in the House was, by definition, racist. There is no debate there. But that fact has no relevance to the incendiary claim that the Presidential popular vote or the Electoral College is by nature based on racism.

Marcus also refers to a 1969-70 attempt by Congress to eliminate the Electoral College and blames the inability to succeed on the racist South.  While it is true that both parties from southern states opposed the plan, other smaller states did as well.

Further, at no time during the 1969-70 debate (or since) was the Senate proposed to be abolished — which would have provided our federal government with true population representation. If one strongly opposes the Electoral College system of presidential election, then one should also oppose the actual existence of the Senate — where conservative Wyoming (population: 579,000; Ranked #50) and liberal Vermont (population: 624,000, ranked #49) each get the same two senators (and power) that liberal California (population: 39.5 million; Ranked #1) and conservative Texas (population: 29 million; Ranked #2) do.

So, based on Marcus’s reasoning, the existence/function of the U.S. Senate should in itself be racist. Perhaps that will be the topic of his next editorial? Of course, it won’t. Neither political party will ever willingly give up the power it enjoys by having a larger piece of the government. Given the anger and discontent surrounding race/police/etc. these days, it is irresponsible to stoke racial flames even further based on ignorance. Perhaps Marcus as an influential member of the Democratic party has something to gain from spreading this falsehood?

The bottom line here is that while there may be plenty of valid arguments against utilizing an Electoral College-based Presidential election process, ascribing the creation of the Electoral College itself to racism certainly is not one of them.

Taking this one step further, absurd arguments like this one from Marcus, and many others from those who represent today’s political parties, are exactly what is making the general electorate more and more disgusted with both Republicans and Democrats.  Stooping to the level of pulling out the race card when matters aren’t going your way politically, however, is particularly egregious and should be considered reprehensible by all.

Alan Calandro is the former director of the state’s nonpartisan legislative Office of Fiscal Analysis.