This week, we continue our conversation with Doug Suisman, the architect and urban planner, who is leading an ambitious planning project for the Greater Hartford region, called Hartford 400.  Last time, we talked about the plan’s vision to re-route highways that cut off, and in many cases, destroyed neighborhoods.

Today, we talk about the three major “places” that the project would create: a linear park called The Hartline, that’s based on successful walk/bike paths like Atlanta’s BeltLine; 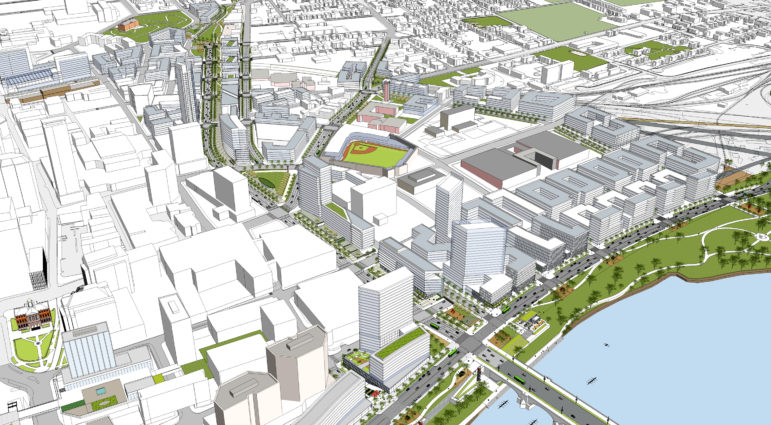 An aerial rendering of the “Hartline,” a proposed linear park connecting Bloomfield with East Hartford with biking, walking and transit.

a brand-new urban district in East Hartford, called Midtown, created from the removal of the “mixmaster” of highway overpasses that clog the city; 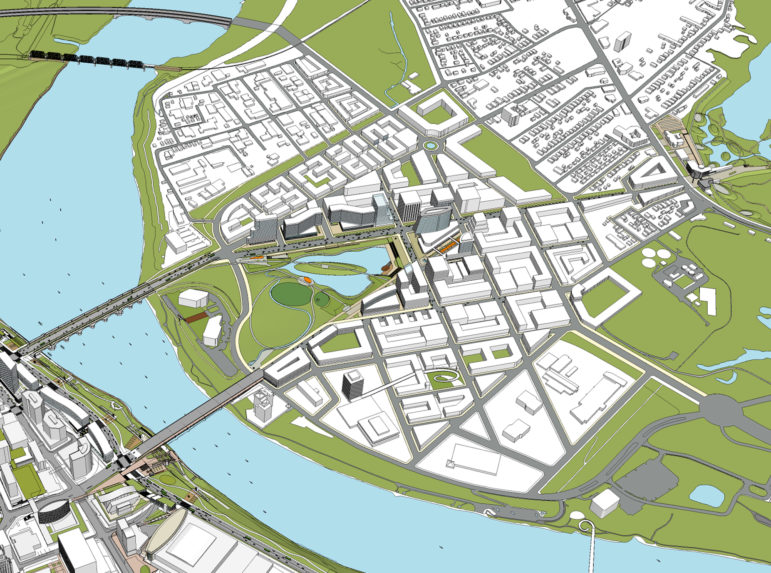 “Midtown” is the name given to a reclaimed area in East Hartford that is now a tangle of highway overpasses.

and River Road, the main thoroughfare that reconnects Hartford to the Connecticut River, built over an underground section of I-91. We also discuss the possibility of Hartford becoming a hub of high-speed rail.

“River Road” is a new local road and park system built over I-91 in the Hartford 400 plan. It connects the city to the Connecticut River.

Suisman says these plans work as a unit, but don’t rely on each other to achieve success, making a more manageable transformation than the $17 billion price tag might suggest. And, he tells me, it imagines a Connecticut economy built on creating a place people want to live.

Everyone has had their lives upended by the pandemic. But the problem has been felt most acutely by..