A Connecticut teen, a new UConn union, and money talk$ 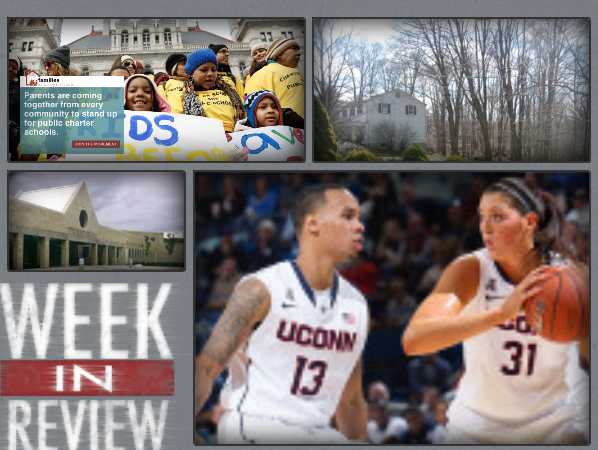 The story of “Jane Doe,” the transgender teenager who has never been charged with a crime being sent to the Connecticut adult women’s prison, burned a path through the week of more predictable legislative and political news.

It’s being covered by news organizations across the country, sparking sentiment not just against the girl’s placement at York Correctional Institution, but vehemently, passionately against it.

In The Mirror this week, education/children’s issues reporter Jacqueline Rabe Thomas quoted the teen’s words from a court document, “I can feel myself growing more and more isolated, frustrated, and feeling alone in my current isolation.”

“The nation is shocked that Connecticut’s Department of Children and Families has sent an abused girl in its care – a girl facing no criminal charges – to an adult prison. I wish that I could be shocked, too. However, this move is another egregious example of a clear pattern of bad decisions regarding girls in state care.”

An editorial in the New Haven Register ends by saying, “In the meantime, this child — our child, because she is in the care of the state — needs help, not isolation in a prison cell.”

Meanwhile, a Courant story published Friday reports, “With criticism mounting each day a transgender girl stays in adult prison with no criminal charges, advocates and officials with the Department of Children and Families are starting to talk privately about getting the 16-year-old out of prison and crafting a suitable treatment program.”

Land of Milk and Money

You can’t see the issues for the political dough, flying left, right and center.

Other stories in a busy week:

Could the ‘Shared Solar’ movement work in shady Connecticut?

Have a good weekend, and happy holidays to all.