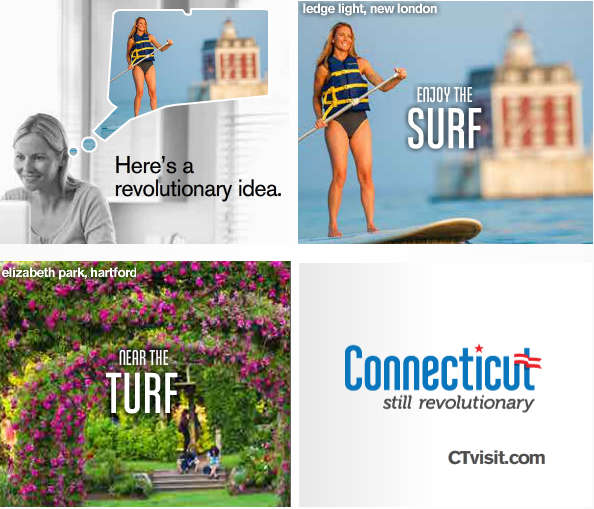 The state will spend $3.4 million to promote Connecticut tourism ahead of the summer travel season within the state and to audiences in New York, Rhode Island and western Massachusetts, Gov. Dannel P. Malloy said Thursday.

“Increasing our tourism industry remains a key component of our effort to expand economic growth in Connecticut, and this new campaign will be an important factor in continuing that progress and showcasing what makes Connecticut the best place to get away this travel season,” Malloy said in a prepared announcement.

The new campaign will run through August, relying on television, online and other advertising to promote a wide range of attractions, including Mystic Seaport, the New England Air Museum, Mystic Aquarium, the two tribal casinos, Lime Rock Park and the Thimble Islands.

The primary target is the college-educated “active leisure traveler,” ages 25 to 54, with household incomes greater than $100,000. The goal is reach 86 percent of the target audience at least once during the campaign, which began Thursday and will run through Aug 17.

A separate campaign promoting economic development will launch next month.

The tourism effort continues a “still revolutionary” theme first used two years ago, when the Malloy administration began a two-year, $27 million marketing campaign. The state had reduced its marketing budget to just $1.

Malloy made clear during the 2010 campaign for governor that he saw the state’s elimination of tourism marketing as shortsighted, and he repeatedly complained that Connecticut undersold its place in history.

Not wearing a mask when its required will expose you to a $100 fine.