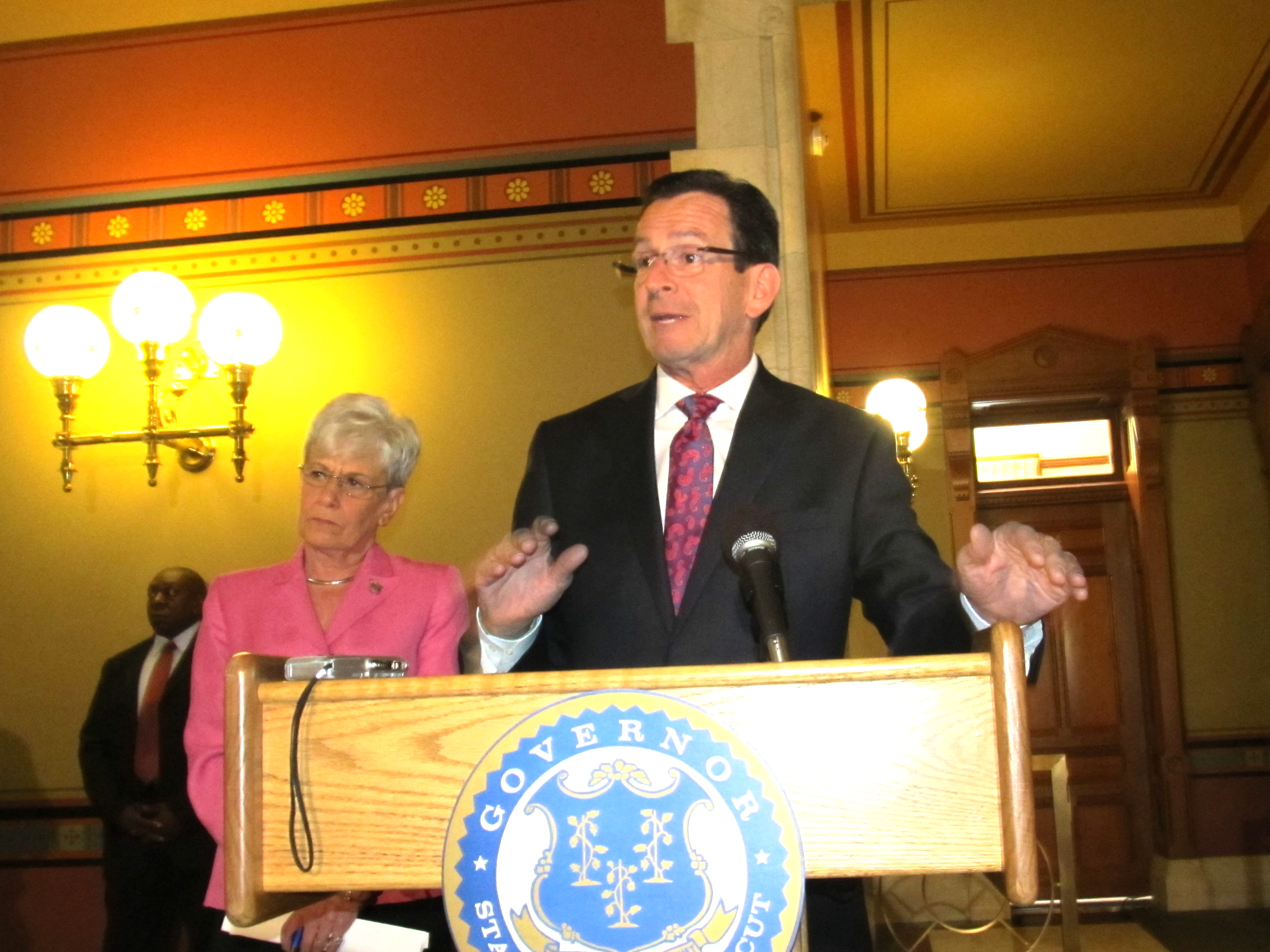 Gov. Dannel P. Malloy tried Thursday to stay upbeat about a legislative session that began with the promise of tax cuts, but ended with this relief being postponed in the face of a looming budget deficit.

And those counting on $220 million in tax cuts next year – retired teachers, businesses and advocates for the working poor – are wary about ever seeing this relief.

“Looking ahead to the deficits facing us in the next two budget years, this promise of tax cuts does not seem real or genuine,” said Tom Singleton, president of the Connecticut Association of Retired Teachers.

Singleton stood with Malloy Jan. 31 when the governor proposed exempting 25 percent of retired teachers’ pensions from the state income tax starting this year, and 50 percent next year.

The proposal from the Democratic governor, who has clashed with teachers in recent years over tenure, evaluations and curriculum issues, quickly spurred Republican charges of election-year pandering.

But after state revenues plummeted in April, Malloy and legislators watered down the teachers’ tax break significantly:

Unfortunately for retired teachers, that’s also when the state faces a $1.33 billion budget deficit, equal to 8 percent of annual operating costs, according to nonpartisan analysts.

Tim Phelan, president of the Connecticut Retail Merchants Association, is watching two sales tax exemptions — for nonprescription drugs and clothing under $50 — set to be restored in April and July 2015.

These exemptions, suspended after the last recession, are popular with consumers and legislators. This is cause for some hope, he said, they will survive next year.

But Phelan added he is warning retailers to brace for fiscal and political reality. 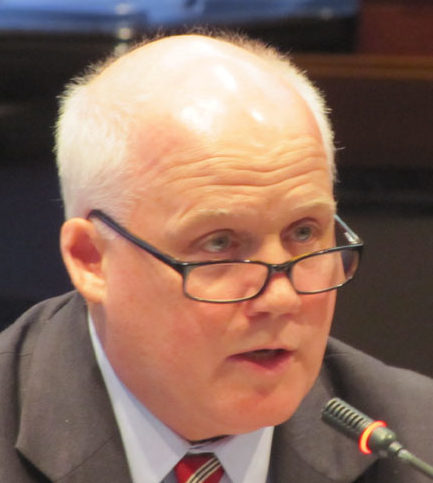 “All of this stuff will be on the table” when state officials try to close the deficit next year, Phelan said.

The state’s chief business lobby, the Connecticut Business & Industry Association, was disappointed last year when a 20 percent surcharge on the corporation tax – set to expire in 2013 – was extended for two more years.

And CBIA Senior Vice President Joseph F. Brennan said closing an 8 percent budget deficit “obviously is going to be very difficult to do.”

Brennan added that businesses are very aware of the surcharge sunset date, and “we keep hearing from our members that tax predictability is crucial” if companies are to feel confident enough to increase hiring.

Advocates for the working poor remember that the state lowered its Earned Income Tax Credit last year from 30 percent to 25 percent of the federal EITC.

Connecticut still boasts one of the most generous state credits in the nation. Still, this move — part of Malloy’s efforts to avoid a tax increase on the middle class — cost low-income families more than $20 million on their income tax returns this spring.

Half of that tax hike on the poor was reversed in the new state budget adopted this week. The other half is supposed to go away a year from now.

“We are definitely keeping a close eye on what happens with the state budget, and we are concerned with the direction the numbers are going in,” said James Horan, executive director of the Connecticut Association for Human Services.

Horan added that the EITC is “a statewide economic stimulus” plan, since the families that receive the average credit of $500 typically spend all of it on basic living expenses. “That money gets pumped right back out into the community,” he said.

So will all of these tax cuts survive?

Malloy, who is seeking re-election this year and already has said he won’t raise taxes next year, said Thursday he’s confident the delayed tax relief won’t be postponed again. If past Connecticut history is any guide, delaying tax relief is the first step taken by governors and legislatures faced with a deficit.

But the governor’s Republican critics were skeptical.

Senate Minority Leader John P. McKinney of Fairfield, who is seeking the GOP gubernatorial nomination, and House Minority Leader Lawrence F. Cafero of Norwalk, both predicted Thursday that Malloy would cancel tax breaks and raise new taxes as well – if re-elected – to close the deficit.

“The (fiscal) house that’s been built by the Democrats is a house that is shaky, that is collapsing, that is crumbling,” Cafero said.

“The governor and the Democrats have no one to blame but themselves,” McKinney said.

But if retaining a modest package of tax cuts in the face of the post-election deficit seems daunting, McKinney and other Republican gubernatorial contenders have talked about cutting far more in taxes, as much as $1.5 billion, if they win.

“That’s the most absurd kind of math anyone has ever seen,” Roy Occhiogrosso, a political consultant who ran Malloy’s 2010 gubernatorial campaign, said. “They would have to completely gut funding for education or health care, and lay off thousands and thousands of state employees to even come close” to keeping those campaign promises.

Occhiogrosso said he thinks the tax relief Malloy has signed is achievable because it’s been kept to modest levels, and because the current administration has averaged less than 3 percent spending growth per year in the operating budget.