Obamacare got them insurance, but patients still face barriers to care 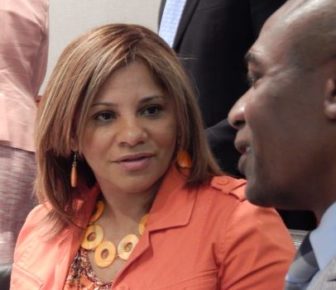 Jacqueline Ortiz-Miller, a community health worker in Hartford, and Venton B. Forbes, executive director of FaithCare.

The law known as Obamacare helped thousands of Connecticut residents get health care coverage. But for many, getting coverage eliminated just one of many barriers to getting health care.

That’s something Dr. Luis Diez-Morales knows from the calls his Hartford office gets.

There was the newly insured man looking for a primary care doctor, who’d already found that other physicians aren’t taking new patients or don’t have an opening for several months. A patient called after going to the pharmacy to say she couldn’t afford her insulin and wondered if there was anything else she could take. Another woman wanted an appointment for her mother, who needs a doctor who speaks Spanish.

A 60-year-old man with heart disease called to cancel his next visit because he realized he couldn’t afford the copayments. And a woman who works in a convenience store and doesn’t get paid if she doesn’t work called asking for a Saturday appointment — a rarity in medicine.

Diez-Morales, a physician at St. Francis Hospital and Medical Center and medical director of the St. Francis Center for Health Equity, spoke as part of a roundtable discussion Wednesday on the barriers the newly insured face in getting health care. It was sponsored by the Connecticut Center for Patient Safety.

Panelists cited a wide range of potential pitfalls that face the newly insured. Among them:

One of the major challenges, panelists said, is consumers’ lack of understanding of how insurance plans work.

That’s of particular concern because experts believe that people are increasingly going to be responsible for more of their own health care costs. Many health plans already have high deductibles. And increasingly, experts believe, companies are likely to shift from offering their own health plans to giving workers a set amount of money to buy their own coverage on public or private health insurance exchanges.

Steve Glick, president of the Chamber Insurance Trust, which helps businesses with insurance, is among those forecasting the shift. And he said people need far more education about insurance than they have now.

Research suggests that the vast majority of people don’t know how to define copayments, coinsurance, deductibles and out-of-pocket costs, he said.

Instead, people often buy insurance based solely on the premiums — the up-front cost they must pay each month — without realizing how much they might have to pay when they get care.

As a result, Glick said, people who shopped on the exchanges created as part of the federal health law are realizing that the plans they bought don’t cover a drug they need. Or they didn’t realize they’d have to pay more than $6,000 toward a deductible before the plan would begin paying for a service.

“I’ve never seen such confusion,” said Glick, who has worked in the industry for 35 years.

A sample summary of benefits and coverage.

The federal health law requires that health plans provide a description of benefits in a standardized format, known as a summary of benefits and coverage. They’re intended to allow people to compare plans. But Glick said even those summaries are too difficult for most people to understand.

Prescription drugs are a particular challenge, Glick said, because there have been significant changes to cost-sharing requirements. He cited the case of one client, a single mother who works as a paralegal and needs infusions that cost $10,000 per month. In her old plan, they were covered with a $40 copay. But her new plan required her to pay $500 per month for the drug.

“Major drugs are not covered the way they used to be, and that’s going to affect many people,” he said.

But figuring out those changes can be tough, said Doris Peter, director of the Consumer Reports Health Ratings Center.

In trying to find the list of covered drugs for one of the plans sold by Connecticut’s health insurance exchange, Peter had to navigate through multiple websites.

“It took me about 11 clicks, and I knew what I was looking for,” she said. “This is just outrageous, I think, for people to be able to manage.”

Often, understanding a health plan’s drug coverage comes down to experiments, Peter said: People get a prescription, go to the pharmacy, and end up with a bill.

The families Jacqueline Ortiz-Miller works with face even more barriers. Many are below the poverty level. Some are not in the country legally. Often, they have several generations living in a small apartment or are homeless. 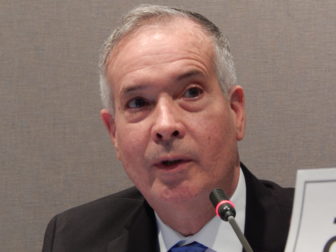 Many of the families she works with don’t have cars or the money for public transportation, so they walk to appointments. When a primary care center moved out of walking distance, many patients were left to figure out how to get there, she said.

In the Hispanic and African-American communities, Ortiz-Miller said, she often sees a psychological barrier: a fear of diagnosis. “For many of my families, because of that fear, they won’t see a doctor,” she said. She believes it contributes to the high rates of diabetes, heart disease and obesity in their communities.

And among those who go to the doctor, the experience isn’t always positive, she said. Because of changes in insurance, many have been told they can’t see the primary care doctor they’ve developed a relationship with, Ortiz-Miller said.

Others complain that their appointments are rushed and feel “like a fast-food drive through type of service.” Sometimes, doctors tell them at the start that there’s a 10 or 15 minute limit to the appointment.

Many doctors now use electronic medical records, and Ortiz-Miller said patients perceive their doctors spending more time entering information into the computers and making sure they can bill for services than making eye contact and talking to the patient.

Venton B. Forbes, executive director of FaithCare, which aims to integrate faith and medicine and helps connect people to free care, said he hears similar complaints from patients who say their doctors spend more time on computers or trying to ensure they get reimbursed than they do learning about their patients.

Patients who don’t speak English face particular challenges. Because qualified interpreters are overbooked, medical offices often revert to having staff interpret, even if they’re not qualified to translate medical terminology, Ortiz-Miller said. There is a language line that people can call for translation, but she said patients often find it cumbersome and uncomfortable to share personal medical information with someone over the phone.

Diez-Morales is the only provider fluent in Spanish in his office, and said that every day, another provider asks him to help with a patient. “I wish I could clone myself 20 times,” he said.

Ortiz-Miller said one solution is to have community health workers play a larger role in the health care system because they can bridge gaps between medical professionals and patients by providing simplified information that’s easy to apply to people’s lives. If patients needs to eat a diabetic-healthy diet, for example, community health workers could help them adapt recipes from their culture and shop in local stores.

Diez-Morales said he believes the health care system will need to adapt to the needs of patients. Among the changes: offering appointments at night and on weekends.