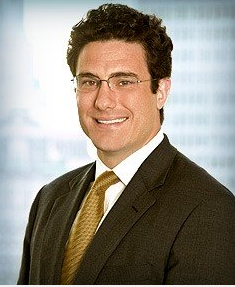 The Republican gubernatorial campaign of Tom Foley denies any involvement, but a lawyer for his 2010 campaign is demanding to examine the ballot-qualifying petitions of a competitor before they are certified, prompting the rival to complain of an effort to “bully.”

“This was done neither at our request or on our behalf,” said Chris Cooper, a spokesman for Foley, the convention-endorsed Republican candidate for governor.

Foley faces a challenge for the GOP nomination from at least two candidates who qualified at the convention for a primary: Boughton, the mayor of Danbury; and Senate Minority Leader John P. McKinney of Fairfield. A fourth gubernatorial candidate, Joe Visconti of West Hartford, is trying to qualify by petition.

Lauretti is trying to qualify for the primary for lieutenant governor by collecting 8,190 signatures of GOP voters by 4 p.m. June 10. The petitions are public information and subject to inspection, but only after local registrars of voters examine and validate each signature.

In a letter sent to the Republican registrar in Danbury and other communities with a significant number of GOP voters, Martin is asking he be contacted and allowed to examine each petition page as they are filed.

“I request that you immediately contact me and permit me or my designee(s) the opportunity to inspect each such primary petition page prior to your office signing, certifying and filing each page with the Secretary of State in accordance with Conn. Gen. Stat. §9-404c(a),” he wrote.

Martin did not immediately respond to telephoned and emailed requests for comment. He is a partner in the Hartford office of Hinckley Allen and the Republican town chairman in West Hartford, the home of Foley’s campaign manager, Justin Clark.

Heath Fahle, the campaign manager for Boughton, said the demand to examine the petitions before they are public documents is intrusive and potentially intimidating.

“We think there should be a fair process that does not have any undue influence from any outside forces,” Fahle said. “If other campaigns don’t like it, it doesn’t mean they can bully registrars.”

The petition process is cumbersome. Signatures must be segregated by the hometowns of each voter — one petition sheet for every municipality.  Then the petitions must be submitted to the local GOP registrars for the validation of the signatures.

The petition drive to qualify Lauretti for the primary is crucial to Boughton’s campaign. Once Lauretti gains ballot access, he and Boughton can work together to qualify for public financing. Without Lauretti’s help, it is unclear if Boughton can qualify.

To obtain public financing for governor, a candidate must earn a place on the ballot and collect $250,000 in contributions of no more than $100 each. The public grant for a gubernatorial primary is $1.35 million.

Under a controversial ruling by the State Elections Enforcement Commission in 2010, gubernatorial candidate Michael C. Fedele and his running mate, Boughton, were allowed to pool their qualifying contributions.

Martin represented the Foley campaign’s unsuccessful challenge of the ruling.