The neighborhood was still in shock contemplating the  murder-suicide that had just taken place in the Bristol home of Kyla and Alexander Ryng.

“I’m sick about the kids, what they saw,” said one neighbor, Nancy Gagne.

The couple’s three young children were the latest to witness terrible domestic violence  — and only the most recent victims inspiring a panel of community leaders to meet late last week.

Following child-witnessed homicides in Bristol and Oxford in less than two months, representatives of domestic abuse service agencies from across Connecticut met to discuss ways to improve services for children in violent households.

The experts agree that children who witness domestic violence suffer a variety of problems, ranging from emotional and mental health issues to difficulty getting access to state support services.

Last week’s meeting was organized by the Connecticut Coalition Against Domestic Violence and Connecticut’s Office of the Child Advocate in the wake of domestic homicides that made headlines around the world.

One was that of Kyla Ryng, 27, who was killed by her husband in an apparent murder-suicide June 4. According to published reports, the couple’s two older children, aged 3 and 4, ran next door and alerted their grandmother of the incident, saying “Daddy shooted mommy.”

The other homicide was that of Lori Gellatly, 32, killed on May 7 in Oxford. Police say Gellatly, her mother and the family dog were shot by her ex-husband while their 18-month-old twins slept upstairs. Gellatly was the only fatality. 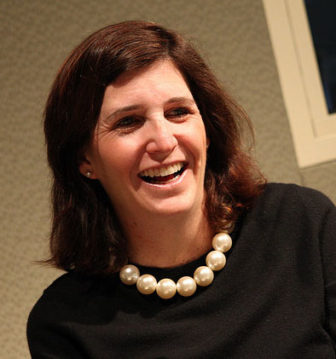 “Children often see, hear, and remember far more than adults give them credit for,” said Karen Jarmoc, executive director of the coalition. “They witness the devastating implications of household violence.”

Jarmoc said that children aren’t necessarily the focus of many domestic abuse programs. “It’s our responsibility to be a voice,” she said.

As the Bristol neighbor understood, children do not have to be the direct victim to be harmed by domestic violence. Mary Painter, program director of the Substance Abuse and Domestic Violence division of the Connecticut Department of Children and Families, said that even just as witnesses to domestic violence, children are put under emotional strain.

“When you get to the core feeling of what these kids are experiencing,” Painter said, “They really do have this intense feeling of loss and shame and guilt, thinking they’ve somehow caused this, and also this intense fear that they’ll lose one of their caregivers — either the victim to injury or death, or the offender to jail or loss of custody.” 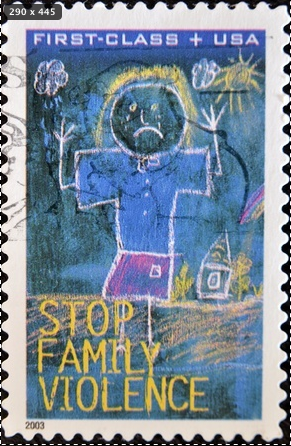 Those feelings can develop into serious problems as the child matures.

The problem for agencies lies in effectively reaching children who need help. “We have a lot of strong and emerging support and protection agencies to work with families struggling with violence,” Eagan said.  “Helping young children is about helping their family unit, helping their caregivers.”

The last issue is perhaps one of the biggest. Rules regarding confidentiality, while they are meant to protect people, can make communication between agencies about troubled families very difficult. As a result, a family may go to several agencies seeking help, and another agency that better suits their needs may be completely unaware of them.

Matthew Reed, South Windsor chief of police, discussed the frustration of being unable to refer a family to an agency for help because the case file is confidential.

“What I’d like to see in the statues at some point is something allowing case information to be shared with other agencies which are needed to help a person,” Reed said.

Eagan said sometimes there are clear red flags which are left unpursued, because the information is revealed in a nonconventional way. 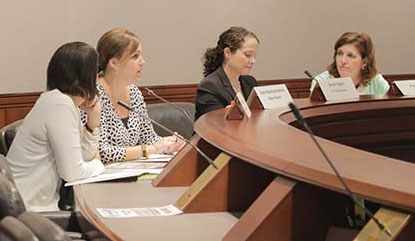 “I think it’s very important that we try to develop a system that makes sure that everyone gets the same response, no matter their point of access, be it the hotline or the clerk behind the desk explaining how to file a restraining order.”

There are fears that increased collaboration could cause problems, however. Victims of domestic violence could view it as a threat to their confidentiality. “We don’t want a victim not to call for fear that there will be a mandated report,” Jarmoc said.

Ilaria Filippi, program manager of specialized services at the Clifford Beers Clinic, said that those fears are a definite obstacle to reaching families effectively.

“I know that making that call, families are afraid, and that is one of the biggest barriers to them contacting help,” Filippi said. “We need to change the image that when services get involved it causes the fragmentation of the family.”

Jarmoc said that the CCADV has been considering ways to improve inter-agency collaboration without frightening families who need help.

One option is to make access easier. Eagan suggested that the Family Justice Center in San Diego as a possible model. The center houses many family assistance services under one roof, allowing families to conveniently find the agency best suiting their needs.

“Is there an opportunity to bring some of these organizations under the same roof, even for part of the month? To give these families access,” Eagan asked. She said officials are hoping to see progress towards answering these questions soon.

“We’re all going to partner to create a strategic plan to improve our state and local response for children and families experiencing intimate family violence,” Eagan said. “I think that’s a really important takeaway for today, that we are committed to holding ourselves accountable and responsible for developing and implementing next steps.”

Those ‘next steps’ should be clarified within the next few months.

“This was a preliminary discussion to launch an inter-agency working group… to pull together some of the recommendations that we were talking about today, and to make formal recommendations within the next several months,” Eagan said.