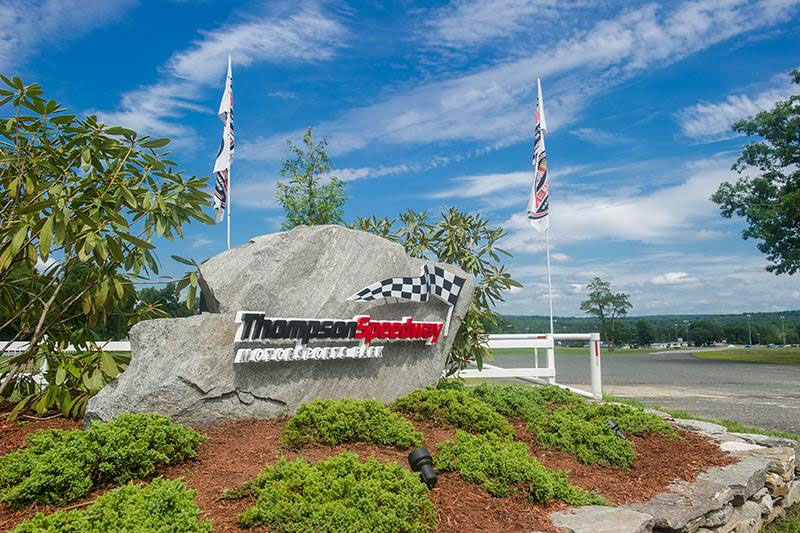 Washington – When you think of NASCAR, Connecticut does not immediately come to mind. But the state has three small NASCAR racetracks that benefit from a tax provision that disappeared – with about 50 others – because Congress did not extend them last year.

The so called “NASCAR tax break”  — much catchier than the official “tax treatment of motorsports facilities” — has been in place since 2004. It allows those who build a racetrack – or make any type of improvement to a racecourse – to receive a small tax benefit through accelerated depreciation. That means the costs of building of a new grandstand, the repaving of a new track or any other capital improvement can be depreciated over seven years instead of the 20 or 30 the tax code mandates for most other businesses.

Supporters say the provision is needed so NASCAR can compete on a level playing field with other theme parks that enjoy a similar break.

The Stafford Motor Speedway is no Talladega or Daytona racetrack. It differs not only in size — the Stafford track is ½ mile long while Talladega and Daytona have tracks that are about 2 ½ miles long – but also in the number of races and the touring divisions that compete there.

The big tracks host NASCAR divisions that are comparable to the Yankees or Red Sox, while Stafford Motor Speedway, and the two other small motor sports tracks in Connecticut, would be considered stadiums that host Triple-A minor league teams, Arute said.

Still, the NASCAR tax break benefits her business as well as Connecticut’s other NASCAR tracks, Waterford Speedbowl and Thompson Speedway Motorsports Park, in the same way it benefits the nation’s biggest speedways.

“It would be a hardship for the industry,” Arute said, if Congress did not extend the provision.

Husband Mark Arute said Stafford Speedway has used the tax break in the past and will likely use it again, if it still exists.

“We’d be very happy to see it stay in place,” he said.

The Arute’s echo the arguments made by larger race track owners who say the tax provision helps create construction jobs and promote local tourism and the revenues to local economies tourism brings.

The NASCAR provision is one of 55 temporary tax breaks that expired at the end of last year.

Because they are not a permanent part of the federal tax code, they are known as “extenders” because their temporary nature requires them to be periodically renewed by Congress to survive.

The full array of extenders includes tax relief for homeowners whose mortgages are “upside down,” a credit for wind farms that generate electricity, the ability to donate money from an IRA tax-free and a deduction for commuters who take the bus to work.

One of the most popular extenders, renewed time after time by Congress for decades, allows homeowners to deduct the interest paid on mortgages on annual tax filing forms.

Extending all these tax breaks costs money, at least $50 billion per year, according to estimates by the Center on Budget and Policy Priorities. They would bloat the deficit unless they’re offset with tax hikes or spending cuts elsewhere.

There’s a bill in the Senate that would renew all 50-plus extenders for two years –without offsetting the cost of doing so.

But the bill is opposed by some Senate Republicans and Senate Majority Leader Harry Reid, D-Nev., has not been able to muster the 60 votes he needs to overcome a GOP filibuster of the legislation. Reid said he will wait to bring up the bill until after November’s mid-term elections when Congress convenes in a lame duck session.

Meanwhile, House Republicans are taking a pick-and-choose approach to the extenders.

Last week, NASCAR track owners were in Washington lobbying House Republicans to include the race track provision in the GOP list of tax breaks to extend.

They argued there are more than 1,200 racetracks in the United States, many of which don’t run NASCAR races. They also argued the industry is a job creator.

But House Republicans have ignored their pleas, at least up to now.

The House has approved bills that would make a research and development credit permanent, and extend bonus depreciation, giving corporations faster tax write-offs.

This week the House will vote on a handful of charity-related provisions including one offering a tax break to those tapping individual retirement funds to make contributions.

Rep. John Larson, D-1st District, a member Ways and Means Committee that has authority over taxation, said “we cannot let the perfect be the enemy of the good” and Congress should swiftly renew all the extenders.

“Manufacturers, teachers, alternative fuel producers and more in Connecticut and across the nation deserve the certainty of these tax extenders to help them grow and create jobs,” Larson said. “It’s been seven months since many of these extenders have lapsed and I continue to believe we should vote on [the Senate’s] comprehensive bill.”