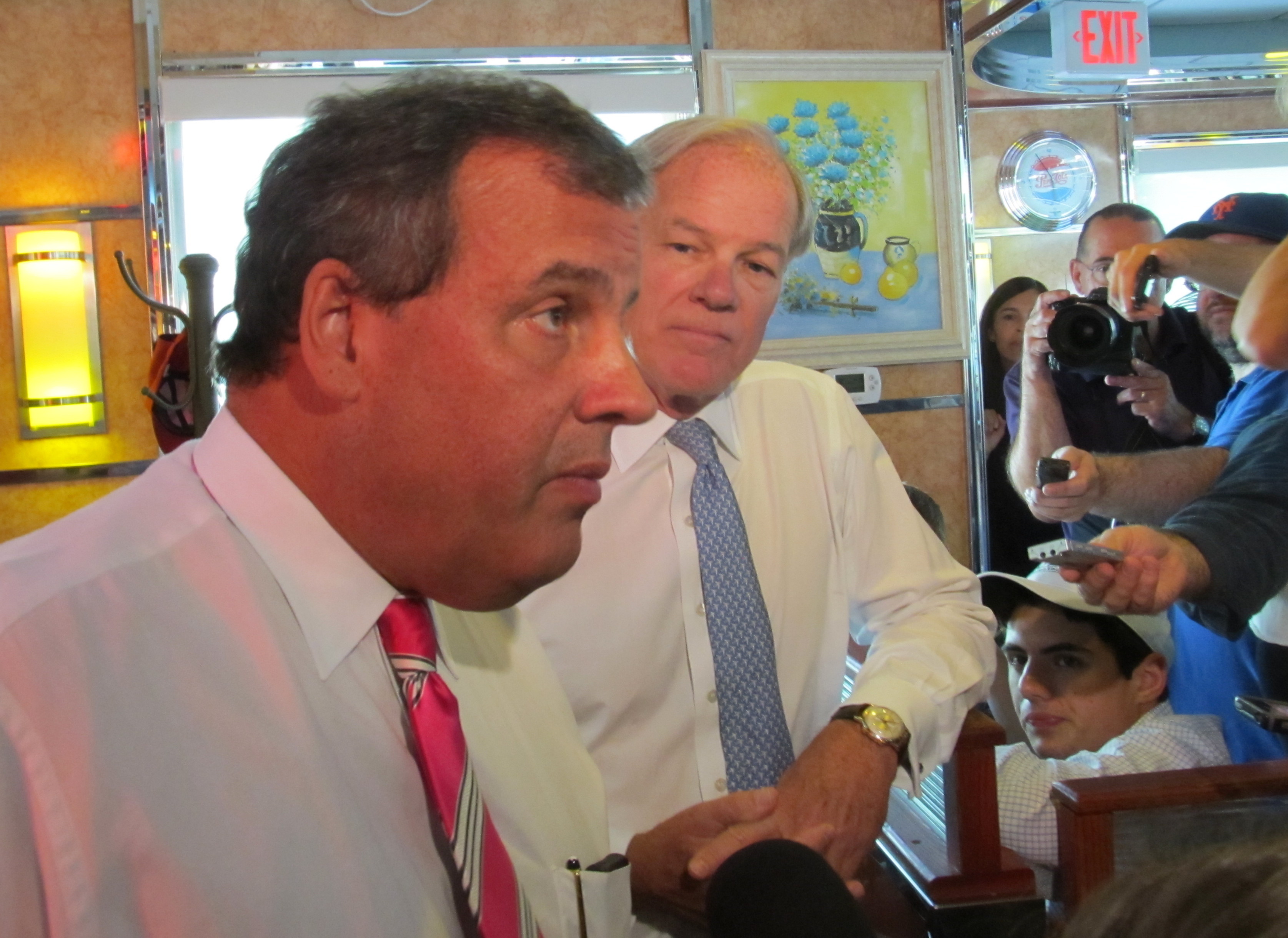 The visit and endorsement by Christie, a presidential contender serving a well-timed term as head of the Republican Governors Association, may have erased whatever doubts remained that Foley, the 2010 nominee now running as a political outsider, is the candidate of the GOP establishment.

“We’ll be here a lot between now and Nov. 4,” Christie told reporters at the Glory Days Diner here in Foley’s hometown, a brief stop on the way to a fundraiser to benefit the state GOP. “I’m looking forward toward working with Tom over the next 100 days or so. I think we’re going to have a win.”

Christie, a major fundraiser as head of the RGA, a group that spent $1.6 million in 2010 in support of Foley, acknowledged the delicacy of making an endorsement on behalf of the RGA in a GOP primary, especially one not involving an incumbent.

“It’s never an easy decision to make, but remember, too, that the state party has endorsed him through the convention process, and I felt it was the right thing to do,” Christie said. “I wanted voters to know I feel strongly about it.”

Foley, 62, a businessman who was the ambassador to Ireland under George W. Bush, was endorsed by the GOP convention in May, but he must beat McKinney in an Aug. 12 primary for the right to a rematch in November with Malloy, the Democrat who narrowly won in 2010.

Christie was on message during a brief press availability, saying nothing to add fuel to the controversy over his recent refusal to meet with parents of children killed in the Newtown school shooting to discuss his veto of a gun-control bill that would have limited ammunition magazines to no more than 10 rounds. The governor, who can be sharp with the press, kept his voice even as he called the matter “an honest disagreement.”

“I didn’t feel it was necessary to meet with them again, especially since I had made a decision,” Christie said. “I have nothing but sympathy for those folks who went through what they went through at Sandy Hook.”

Gun-control supporters staged a demonstration outside the fund raiser.

Foley, who has refused to say if he supports or opposes Connecticut’s 10-round limit on magazines adopted after Newtown, declined to comment on Christie’s veto.

“Frankly, most of the people in Connecticut are concerned about jobs,” Foley said.

Christie was playful answering a question about his relationship with Malloy. The two governors often exchange barbs during their frequent appearances as guests on MSNBC’s “Morning Joe.”

“Listen, I know Gov. Malloy is thrilled I’m here today, and I know that he’ll be thrilled when I come here again and again and again to do the best I can to make sure that Connecticut has a governor that will bring growth to the state and jobs in its economy. Dan Malloy’s had four years to do that. He hasn’t done it,” Christie said.

“He can say whatever he wants about me,” Christie said. “I happen to like Dan personally. I think he’s a decent guy. I just don’t think he’s a good governor. He tends to say a lot of inflammatory things about me, and I’m just not going to return fire on a personal level. It’s a policy difference.”

Under Christie, the RGA has flourished, out-raising the Democratic Governors Association, $24 million to $13.8 in the three-month period ending June 30, and $46 million to $25 million for the first six months of 2014.

Still, Christie was guarded when asked how much the RGA might spend in Connecticut. He said the RGA’s resources will go to competitive races, and right now the Connecticut race is widely rated a toss up — unlike in neighboring New York.

“We don’t pay for landslides, and we don’t invest in lost causes,” Christie said.

Jerry Labriola Jr., the state Republican chairman, accompanied Foley and Christie on Monday, but he said he personally remains neutral in the primary, even as Foley is taking a strong role in fundraising for the state party.

“Our party made a very strong endorsement of Tom Foley at our convention in May. Tom has been instrumental in arranging this fundraiser, which will benefit the state party,” Labriola said.

He said he has encouraged both Foley and McKinney, each of whom are participating in the state’s voluntary public financing program, to help bring resources to the state party.

Tom has stepped forward with this event,” Labriola said.

Christie and Foley went table to table greeting diners, at least some of whom were screened. The Democratic “tracker,” who records Foley and McKinney at campaign events, was denied entrance at the door.