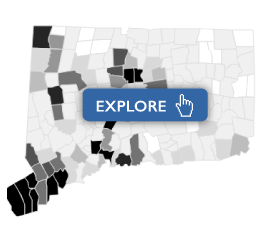 Washington – Of Connecticut’s members to the House of Representatives, Rep. Jim Himes has raised the most money in this election cycle and Rep. Rosa DeLauro the least.

Meanwhile, challengers are suffering from a typical fund-raising gap in the political money chase.

Republicans Mark Greenberg and Lori Hopkins-Cavanagh, who are running against Esty and Courtney respectively, had to tap their own pockets to fund their campaigns. Greenberg has loaned his campaign $556,400 and Hopkins- Cavanagh $51,000.

Dan Debicella, a Republican who is challenging Himes, has had more success raising money from individuals and political action committees — nearly $779,000.

Gabriela Schneider, spokeswoman for the Sunlight Foundation, said name recognition is a big reason incumbents usually win the money race – and are hardly ever ousted by their opponents.

“A challenger has to make a name for himself,” she said.

There’s also a darker reason people give to those already in power.

Vance said donors want to avoid alienating incumbents by giving to their rivals, especially since they can give to certain political action committees that share their concerns but keep donations secret.

The amount of money raised by a House candidate in his or her district varies. Sometimes a campaign raises a lot more money out of the district and out of state.

The Connecticut Mirror analysis shows members of the congressional delegation tapped the wealth in Fairfield County to help fund their re-election efforts. Greenwich was the top location for fundraising. But Washington D.C. and New York City were the No. 2 and No. 3 fundraising locations.

The analysis also found that when they raised money in their districts, certain towns favored the incumbent and others the Republican challengers.

For instance, Esty raised the most money in Washington, Conn., $40,583. Greenberg raised only $250 from that town. Salisbury was another place Esty raised more than $40,000. But Greenberg has yet to receive a donation from Salisbury.

Greenberg’s fundraising strength is where Esty is weak, in Torrington and Harwinton. Meanwhile Esty has a slight edge over Greenberg in the Republican’s home town of Litchfield. She raised $16,850 there while Greenberg raised $15,000, and nearly half of those donations came from the candidate’s wife.

While Esty has made it a legislative priority to promote gun control legislation, residents of Newtown donated $6,676 to her campaign – and none to Greenberg’s.

Hot races like the Esty-Greenberg fight are likely to attract a lot of out-of-state donors, said Michael J. Malbin, executive director of the Campaign Finance Institute.

“In general, competitive races pull more from out of the state,” he said.