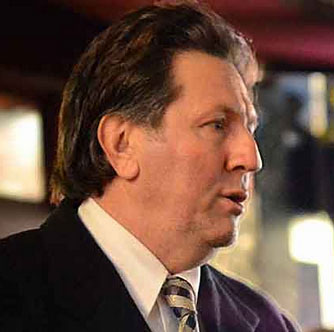 Joe Visconti, a Republican who has campaigned as a Tea Party activist and Second Amendment defender, qualified Wednesday as a petitioning candidate for governor, ensuring at least a three-way race.

Visconti, 57, a former one-term councilman in West Hartford, will be competing with Republican Tom Foley for the votes of gun owners dissatisfied with Democratic Gov. Dannel P. Malloy’s support of the sweeping gun control passed last year in reaction to the mass shooting in Newtown.

He declined to predict how badly he might hurt Foley among defenders of the Second Amendment.

“That’ll depend on what Tom says and does in the next 80 days, if he continues to be vague on it,” Visconti said. “It will be interesting to see how Tom does, but I’m running on my own, not necessarily against Tom.”

Visconti, who supports either repealing or significantly revising the law, has contrasted his position with Foley, who has appealed to gun owners without stating specific reservations or promising to seek changes.

Jonathan Pelto, a former Democratic legislator who has built a campaign around his criticism of Malloy on education issues, also is trying to qualify by gathering 7,500 signatures.

The strength of Visconti’s petition-gathering organization was evident in the speed with which the secretary of the state’s office validated his petitions. The office tallied 7,500 valid signatures at midday, hours before the deadline for town clerks to finish forwarding his petitions.

Under state law, local officials are responsible for validating the signatures of voters from their towns, then they send in the validated petitions to the secretary of the state for tallying.

Visconti began the year as a candidate for the Republican nomination, but he ended his effort to qualify for the GOP primary in June and began a petition drive for the November ballot with a running mate, Chester Frank Harris.

Visconti and Harris are not seeking public financing. As petitioning candidates, they would have to gather 111,000 signatures to qualify for a partial grant. Foley and Malloy each qualified for a general-election grant of $6.5 million.

Visconti said his campaign will be broader than the gun issue. He said intends to make a detailed budget proposal.

Visconti said the Norwich Bulletin has told him he will not be invited to the newspaper’s debate on Aug. 27, the first since the GOP primary. He said he did not object, since the event was arranged before he qualified for the ballot.

“I think it would be nice to see Tom and the governor debate by themselves, anyway,” Visconti said. “I have no qualms about that at all. I’ll be eating popcorn and watching that, too.”