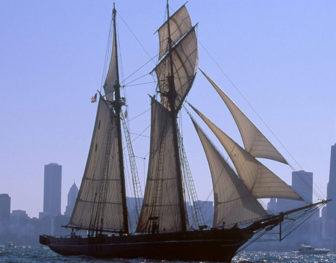 A state judge appointed a receiver Thursday to assume management of Amistad America Inc., the educational nonprofit that oversees the historic schooner based in New Haven harbor.

The receivership approved in Hartford Superior Court had been sought by Attorney General George C. Jepsen following reports that as much in $8 million in state economic development funds had been misappropriated.

“The Amistad is an important piece of Connecticut’s history and cultural heritage,” Jepsen said. “We will seek to continue this receivership until the public can be assured that its money is being properly used and accounted for, and that a plan exists for the organization to responsibly carry out its mission into the future.”

The Day newspaper in New London disclosed earlier this summer that Amistad America’s tax-exempt status had been revoked and that the nonprofit had accumulated significant debts.

Based in Maine, Amistad America has been running educational programs for nearly two decades centered on the ship that was the focal point of a slave uprising in 1839.

“It is a shame that years of lax oversight by this administration has put such an important educational and cultural asset at risk and possibly resulted in the squandering of taxpayer dollars,” Fasano said. “It is essential that we protect and preserve the Amistad for future generations. I am grateful to the attorney general for his thorough review and action on this matter.  By appointing an independent receiver, we can ensure the survival of the Amistad and verify that taxpayer dollars are spent efficiently and put to best use.”

Amistad America did not object to the appointment of a receiver and its board of trustees adopted a resolution pledging to support the receiver’s efforts.