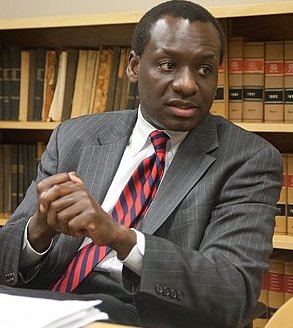 Washington – Saying he is an “activist” who would not interpret the law without bias, a key Republican lawmaker led GOP opposition Thursday to the nomination of New Haven Corporation Counsel Victor Allen Bolden as a U.S. District court judge for Connecticut.

Nonetheless, Bolden’s nomination was reported out of the Senate Judiciary Committee, which has a Democratic majority, on a party-line 10-8 vote. Every Republican rejected his candidacy.

Sen. Charles Grassley of Iowa, the top Republican on the panel, said he objected to a 24-year-old law review article by Bolden. Grassley said Bolden wrote, “Judges should tip the scale on behalf of demographic groups” instead of following the law without prejudice.

“I remain troubled by some general tendencies,” Grassley said.

The Iowa Republican also said he was “troubled” by public comments Bolden made on the Supreme Court decision in Shelby County v Holder. In its decision on that case, the Supreme Court struck down two provisions of the 1965 Voting Rights Act.

Bolden, who was nominated to the District Court by President Obama in June, has served as a staff attorney for the American Civil Liberties Union Foundation and a lawyer for the NAACP Legal Defense and Education Fund.

Republican opposition to the nomination could have spelled trouble for Bolden before Senate Majority Leader Harry Reid, D-Nev., changed the Senate’s filibuster rules so that they no longer apply to nominations. Because of the change, Bolden is likely to be confirmed on a party-line vote in the Senate.

Even so, the nomination is likely to be the subject of a strenuous debate when it is considered in a lame-duck session of Congress after the Nov. 4 elections.

“I agree with Senator Grassley that he is a very passionate and fierce advocate,” Blumenthal said. “But he has told the committee that he will be a neutral arbiter.”

Blumenthal said Bolden had “represented passionately the City of New Haven” in a reverse discrimination suit brought by a group of white firefighters that reached the Supreme Court.

The Supreme Court ruled the city was wrong in throwing out the results of a firefighter exam after no black firefighters scored high enough to be promoted. Blumenthal said that Bolden “with equal passion” implemented that ruling.

As far as the law review article, Blumenthal dismissed it as the work of a very young and inexperienced lawyer.

“He was fresh out of law school,” Blumenthal said.

He also assured the panel Bolden’s “dedication to public service has been lifelong.”