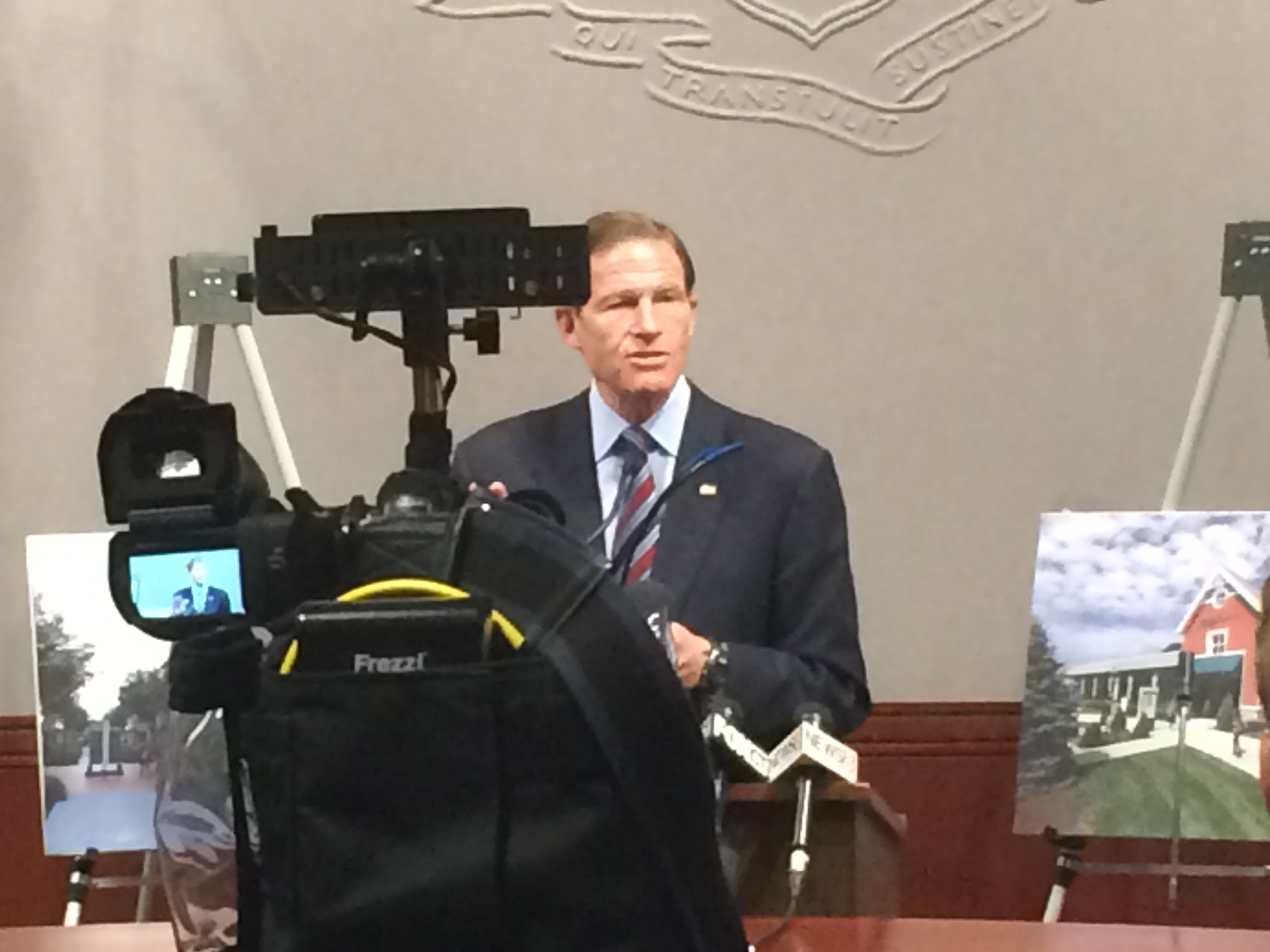 On a day when every newscast was certain to report on Black Friday shopping, U.S. Sen. Richard Blumenthal attracted every network affiliate to a news conference with a bit of media catnip — a fresh gloss on an old warning to consumers about the sales and advertising practices at outlet malls.

Blumenthal, one of four members of Congress who asked the Federal Trade Commission in January to investigate whether outlet malls mislead consumers about the quality and value of their merchandise, reiterated his call for an investigation.

“That’s the message on this Black Friday I would give to folks: Not that they shouldn’t go to outlet malls and possibly get good bargains, but the unbeatable bargains may come at a price of lesser quality and deceptive marketing,” Blumenthal said.

One of Blumenthal’s major thrusts is acknowledged by many in the retail industry: Most of the merchandise at the outlets is cheaper goods manufactured especially for the off-price stores, not out-of-season or excess inventory that once sold for full price at a department store or boutique.

The question he wants the FTC to explore is whether the comparison prices some outlets use are fictitious and, therefore, deceptive. After a two-week trial, Overstock.com was ordered in February to pay $6.8 million in fines for its use of deceptive comparison prices.

“They ought to be warned,” Blumenthal said of consumers, “and the FTC ought to investigate.”

Blumenthal, a Democrat up for re-election in 2016, spoke at press conference at the Legislative Office Building in Hartford, convenient to three of the four news stations in the Hartford-New Haven television market. He stood between two easels holding poster-sized pictures of Clinton Crossing Premium Outlets.

For good measure, he then drove the 39 miles from the State Capitol complex to Clinton Crossing, all to provide photographers an opportunity for better footage.

“I haven’t been to Clinton Crossing in a while,” said Blumenthal, who lives in Greenwich. Then he smiled broadly and made a joking reference about his view of politics as an unending campaign: “You know, I will go anywhere there’s a crowd of more than three people.”

Over more than a quarter-century as an elected official, the 68-year-old Blumenthal has demonstrated an instinctive sense of the rhythms of the news business, primarily by speaking out on consumer issues during his 20 years as Connecticut’s attorney general.

A joke that Blumenthal would attend a garage-door opening, a line that once seemed to annoy him, is now repeated by the senator at his own expense.

On Friday, the only expression of annoyance came from the Simon Property Group, the national real-estate company that owns Clinton Crossing. It said in a statement:

“We have the utmost respect for Senator Blumenthal but his claims on this matter are inaccurate and disappointing. Our leases require discounting from retailers at our shopping centers. The Senator has never spoken with us before today, and as big contributors to the tax rolls and a major source of employment, we are dismayed by this approach. ”

Blumenthal said the pricing issue, something he might have considered fodder for a lawsuit as attorney general, is appropriate for him as a U.S. senator, since the FTC falls under the purview of Congress.