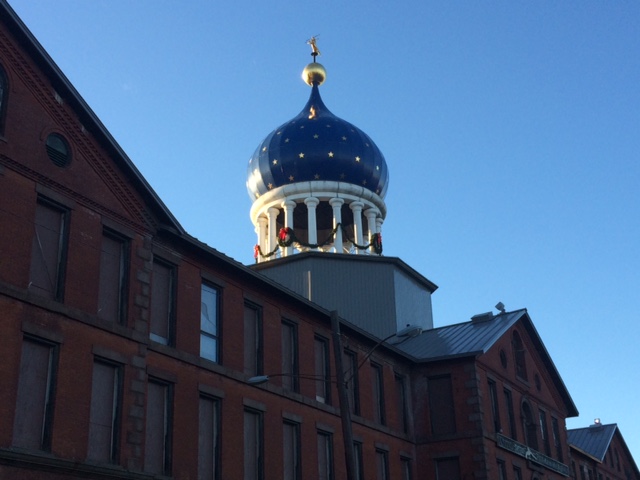 The Colt East Armory with its signature dome

WASHINGTON – The Senate on Friday approved and sent to the  president a defense bill that will turn Hartford’s Coltsville neighborhood into a national historical park. President Obama is certain to sign it into law.

Rep. John Larson, D-1st District, who has vigorously promoted the Coltsville national park legislation, said the designation “marks the culmination of more than a decade of work to preserve the legacy of American innovation and manufacturing that is Coltsville.”

He said he was proud that, although Coltsville was in one of the poorest areas of the city, it had some of the least crime, because “local residents have something to pull together and rally around.”

The House approved the defense bill last week by a large margin. But the Senate’s lopsided 89-11 vote to approve the massive, $577 million bill was not without drama.

Sen. Tom Coburn, R-Okla., who fought hard to eliminate public lands provisions from the defense bill, including the Coltsville designation, was given a last chance to try to strip out that section of the bill. Coburn had threatened to hold up a $1.1 trillion budget bill, but backed down after he was allowed his last stand — a motion to send the defense bill back to the Armed Services Committee to have the lands package stricken.

But Coburn, who called park proposals in the bill – including the Coltsville project – wasteful “pork,” did not prevail. In three hours of debate, many Republicans, and most Democrats, expressed support for keeping the bill intact, even as some said they had reservations about the parks language.

“It should not have happened, but it did, and it’s crucial that we pass this bill,” said Sen. Jim Inhofe, R-Okla.

During the debate, Coburn singled out several park proposals in the bill, including Coltsville, and said none of them “meets the requirements as set out by the National Park Service” for a national park.

“So we just violate the rules, to heck with the rules because we’re going to do it,” Coburn said.

Approval of the national historical park designation is just the first step in its development. Money must be appropriated and federal studies and development plans must be completed before the first visitor enters the park.

Efforts have been going on for years to turn the 260-acre site on the bank of the Connecticut River into a national park memorializing the iconic Colt Armory complex as one of the cradles of the American industrial revolution. The armory run by Sam and Elizabeth Colt was a pioneer in precision manufacturing and industrial production.

Sen. Chris Murphy, D-Conn., who with Blumenthal was a Senate sponsor of the bill, said the long Coltsville effort “is a story of perseverance.”

The Coltsville park boundaries would include the complex of 19th century factories; the Colt residence, called Armsmear; the Church of the Good Shepherd; Colt Park; the Potsdam cottages; and the James Colt House.

The defense bill also authorizes funding for all aspects of the military, including pay and benefits for all U.S. troops. It includes money to train Syrian rebels to help the United States fight Islamic militants known as ISIS, and it provides billions for Connecticut’s defense industry, allowing the Pentagon to purchase two nuclear submarines from Electric Boat next year and funding 100 new helicopters from Sikorsky.

“Today’s vote is a victory for our nation and for Connecticut—for Coltsville, for our state’s proud defense industry, for our men and women in uniform who serve and sacrifice for our country, and for our national security,” said Blumenthal, a member of the Senate Armed Services  Committee.

Gov. Dannel Malloy hailed approval of the bill because it establishes a National Commission on the Future of the Army and “preserves Army National Guard combat aviation, personnel and force structure, which was a matter of great concern to all governors.” The Pentagon is drawing down Army troop strength and hoped to shrink the Army National Guard.

Efforts to upgrade the Coltsville neighborhood into a national park began soon after the site was designated as a National Historic Landmark in 2008. But the park plans faced two major hurdles.

One was that Congress has not moved on a parks bill since 2009. Another was that the National Park Service had concerns. 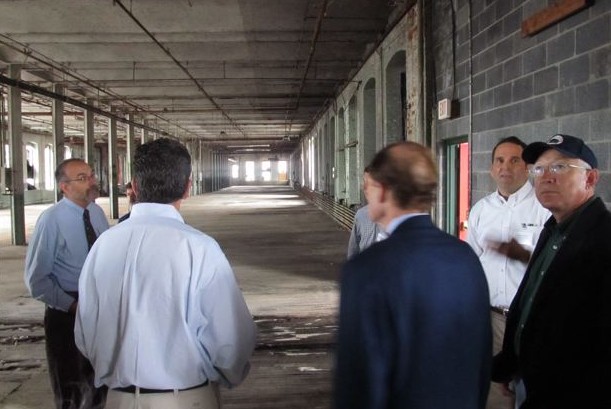 The park service wanted a new evaluation of the financial stability of the owners and investors in the proposed site.

“We want to make sure the funds are there,” Peggy O’Dell, deputy director for operations for the National Park Service, said after a congressional hearing on the legislation. “National parks are for perpetuity.”

Much of the Coltsville park area is in private hands, and one investor suffered financial problems and abandoned development of the complex. Apartments, private companies and a school now occupy parts of the former Colt factories.

O’Dell also recommended that the bills’ sponsors remove a provision for a commission that would be in charge of development and management plans for the park. She said the National Park Service prefers to work directly with the project’s stakeholders on the park’s development.

But the bill creates a 12-member “Coltsville National Park Commission” to help the agency manage the park. Its members would be appointed by leaders of the General Assembly, the mayor of Hartford, Connecticut’s two U.S. senators and others in the state’s political establishment.

The bill calls for the owners of the blue-domed East Armory to donate at least 10,000 square feet for a museum. It also promises the National Park Service a “sufficient amount of land” for a national park.

The legislation also says the Secretary of Interior may enter into written agreements with the Connecticut State Library, the Wadsworth Atheneum, the Colt Trust, “or other public entities, as appropriate, to gain appropriate access to Colt-related artifacts for the purposes of having items routinely on display in the East Armory or within other areas of the park to enhance the visitor experience.”

The Congressional Budget Office determined that establishing the park would cost $9 million over a five-year period.

The legislation says that federal funds “made available under a cooperative agreement shall be matched on a 1-to-1 basis by non-federal funds.” Donations to the park could be considered matching funds, the bill says.