Obama makes travel to Cuba easier for CT academics, others 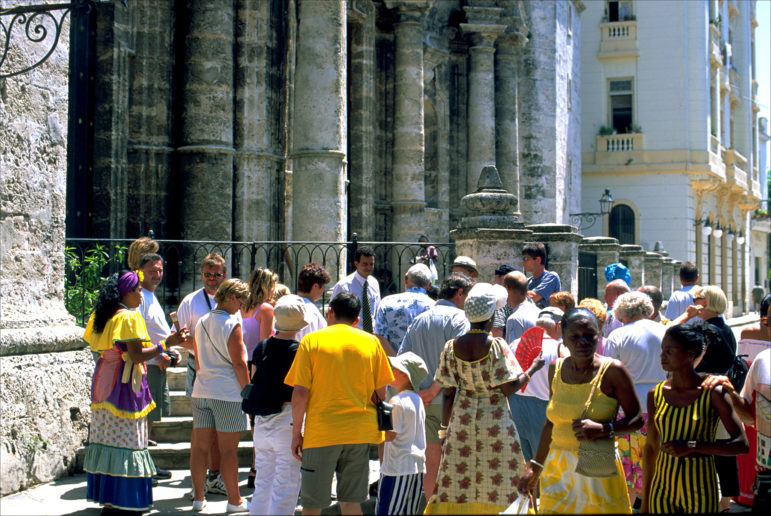 Washington – President Obama’s moves to ease the longstanding U.S. embargo on Cuba, including travel restrictions to the island, does not mean Connecticut residents can pack their bags for a new travel destination in the Caribbean.

But it does make it easier to go for those who want to visit Cuba for an officially sanctioned reason.

Daniel Weiner, vice provost for the University of Connecticut’s Office of Global Affairs, said his department wants to establish a Caribbean initiative “and Cuba is a location that we would want to visit.”

“This will ease access to Cuba and allow faculty to travel back and forth more freely,” Weiner said. “I think this is good news, and I think it’s well overdue.”

The embargo still bans tourist trips to Cuba for most Americans, unless approved by the Treasury Department’s Office of Foreign Assets Control (OFAC), which issues a license allowing money to be spent in Cuba.

With his policy change, Obama has made it possible for academics and students from Connecticut universities, freelance journalists, college sports teams, Little Leaguers and state residents interested in Cuba’s culture to travel to Cuba without having to ask permission.

For example, Yale’s Glee Club was required to obtain a special license  from the OFAC to sing in Cuba this year. That will not be necessary anymore under the president’s plan.

“The policy changes make it easier for Americans to provide business training for private Cuban businesses and small farmers and provide other support for the growth of Cuba’s nascent private sector,” the White House said in a statement.

Connecticut’s universities have sent students to Cuba and participated in academic exchanges since Obama expanded “people-to-people” travel aimed at bringing Cubans and Americans together. The hope was that such contact would weaken the grip of Cuba’s communist government.

But U.S. policy has flipped back and forth when it comes to allowing Americans to travel to Cuba.

Former President Bill Clinton was the first to introduce “people-to-people” travel. Former President Geroge W. Bush eliminated it , which ended exchange programs and other academic travel at the University of Connecticut and other schools. 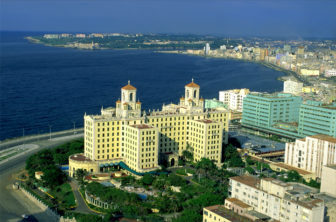 Panoramic view of Havana with the historic Hotel Nacional in the foreground.

For years, residents at Yale-New Haven Hospital spent six weeks studying health care in Cuba, observing its doctors’ approach to primary care. But that program ended in 2004, when the Bush administration determined students traveling to Cuba must spend at least 10 weeks there, too long for hospital residents.

To Michael Eizenberg, owner of Educational Travel Alliance Inc. in Wellesley, Mass., the biggest impact of the president’s actions is that he’s generated publicity that informs Americans there are ways to visit a country that has been blocked off for more than 50 years.

“This will facilitate a lot more people traveling to Cuba because they now know they can go,” Eizenberg said.

Eizenberg’s company is one of dozens of travel providers licensed by OFAC to arrange travel to Cuba.

That travel is usually by charter plane – commercial airplanes are not allowed to fly to Cuba. The charters leave from Miami, Fort Lauderdale and Tampa. Other cities that once hosted charter flights to Cuba, including New York, or that wanted to host charters like Atlanta, Baltimore and New Orleans, “found it was economically not viable,” Eizenberg said.

But he said that could now change.

Some classes of American travelers, including Cuban-Americans, journalists, clergy and elected officials, have been allowed to travel to Cuba for years. They visited the island under a “general license” that meant they did not have to ask OFAC for permission each time they wanted to visit Cuba, but could travel freely if they could prove they belonged to a sanctioned group.

Previously, Obama expanded the list of those allowed to visit Cuba to include amateur athletes and any American interested in taking cultural tours of the island. But those travelers had to seek a specific license from OFAC. Under the president’s new steps, they can now travel under a “general license,” like journalists and Cuban Americans.

Americans who were eligible to travel to Cuba, but had to seek permission from OFAC before Obama’s policy change and can now also travel under a “general license” include:

The president’s new rules also include establishment of full diplomatic relations with Cuba and allowing U.S. institutions to open accounts in Cuban banks.

Obama also lifted a restriction that banned the use of U.S. credit cards in Cuba, which will make it easier to visit the country. American travelers had to carry cash before the change.

“While these new policies will not bring change overnight, I am optimistic that this new engagement and dialogue is more likely to succeed than our hardline, isolationist policies of the last 50 years,” said Murphy, a member of the Senate Foreign Relations Committee. 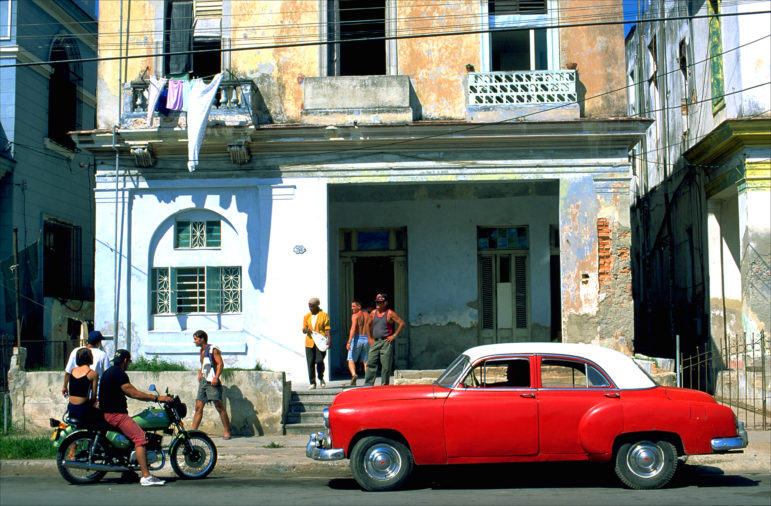