This is the fifth in a series of stories about the roles each member of the Connecticut congressional delegation played in the 113th Congress. 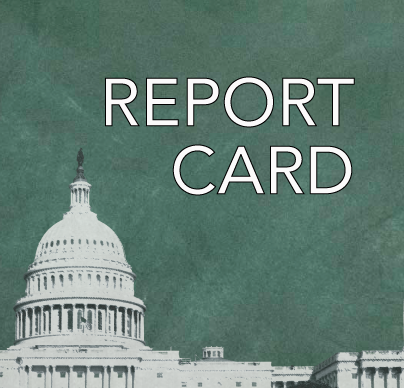 Washington – Days after she won re-election, in a move that was as symbolic as it was practical, U.S. Rep. Elizabeth Esty and her Capitol Hill staff moved into a new office. It was an indication she had moved up in seniority and solidified her place in Congress.

When Esty, D-5th, was first elected in 2012, the freshman lawmaker moved into what’s considered the worst real estate on Capitol Hill, the fifth floor of the Cannon Office Building. It’s hard to get to the Cannon “attic,” since most of the elevators in the building don’t reach the fifth floor. And when you do get there, the view is of rooftop air conditioning units.

Now Esty, 55, has a larger, brighter new office on the fourth floor. The new digs came after she  survived a freshman term that tested her ability to hang onto a seat in a district that has a history of shifting back and forth between Democratic and GOP control. Her freshman term was also important because it set a course for her career in Congress.

The pragmatic Esty sought committee assignments she hoped would serve her district. She was given seats on the Transportation and Infrastructure and the Science, Space and Technology committees.

But no matter how carefully she charted her course, all plans were upended on Dec. 14, 2012, the day Adam Lanza went on a shooting rampage at Sandy Hook Elementary School in her district. Esty rushed from a freshman orientation seminar at Harvard to Newtown, but could not act in an official capacity because she was still a few weeks away from being officially sworn in.

Po Murray, chairwoman of Newtown Action Alliance, said Esty made an impression because she was able to immediately understand the effects of the tragedy.

“She’s a mother, and she was here,” Murray said. “She brought a lot of compassion.”

Esty became known on Capitol Hill as the lawmaker who represents Newtown and was named vice chairman of a newly formed Congressional Gun Violence Prevention Task Force. That helped raise her profile, especially among fellow Democrats.

But the 113th Congress failed to approve even the most modest new gun control bill, a compromise that would expand FBI background checks of gun buyers. The legislation failed to win 60 votes to overcome a procedural hurdle in the Senate and was ignored in the House.

“The greatest disappointment clearly was the inaction on gun safety legislation,” Esty said.

“It added to her victory margin,” Benjamin said.

Murray said, “While the climate federally is not good, we still need Congresswoman Esty to push.”

The Republican who tried to unseat her this year, Litchfield businessman Mark Greenberg, had trouble defining his stance on gun control and the National Rifle Association dropped his rating from an “A” to an “F” because the gun group believed he waffled.

The race to keep her seat was another test for Esty. With some help from the national Democratic party, she ran hard against Greenberg, a wealthy candidate whose campaign was largely self-funded.

The race was ugly, featuring attack ads and heated debates. But Esty won by a comfortable margin, 53 to 46 percent.

Esty hit other bumps in the 113th Congress. There was the disclosure that she heavily used her franking, or free mail, privileges, sending nearly $200,000 worth of mailings to constituents. Esty defended the mailings as good constituent communication.

She also riled liberals in the summer of 2013 by voting for a Republican bill that would delay for one year the Affordable Care Act’s individual mandate, a requirement that all Americans who are not covered through their workplace or by government programs like Medicare purchase health insurance.

MoveOn.org, a liberal advocacy group that raises millions of dollars for progressive candidates, launched online petitions asking Esty and other Democrats to explain why they voted with the Republican majority to delay the individual mandate.

Nearly 500 constituents signed the petition. Some said they were disappointed and even felt betrayed by Esty’s vote.

Esty said she supported the Affordable Care Act and the individual mandate, but heard from constituents who said they needed more time to comply with the law.

That wasn’t the only time Esty crossed party lines. 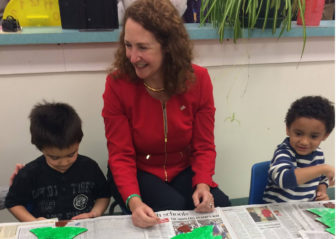 The biggest surprise in her first term in office, she said, was “how, despite what I and everyone else reads about the dysfunction of Congress, on the personal level there are opportunities.”

She is proud that she was able to work with the head of the science committee, Rep. Lamar Smith, a Republican conservative from Texas, to push a bill through the House that would promote science, technology, engineering and math (STEM) education.

Esty cosponsored 350 bills during the session. According to Govtrack.us, of the 187 bills she cosponsored last year, 29 percent were introduced by a Republican.

Two bills Esty introduced were made into law. One, called the Collinsville Renewable Energy Production Act, requires the Federal Energy Regulatory Commission to reinstate expired licenses for hydropower dams at two old mills on the Farmington River so they can once again produce electricity. The second bill approved by Congress would require the Pentagon to promptly replace military decorations that have been lost or stolen.

Esty said promoting legislation is just one part of her job. Constituent services are the other.

She recently released a list of accomplishments that included handling more than 2,100 constituent cases and obtaining $3 million in Social Security, Medicare and other federal benefits for her constituents.

Esty said she hopes to keep her committee assignments in the new Congress, to push for gun control, and to continue to work whenever she can with Republicans on common goals. Congress may consider a highway bill next year, and Esty said she hopes her position on the Transportation and Infrastructure Committee allows her to influence the legislation.

She may also have to start running again, since she expects a challenge in 2016.

“This seat has a history of being hotly contested,” she said.