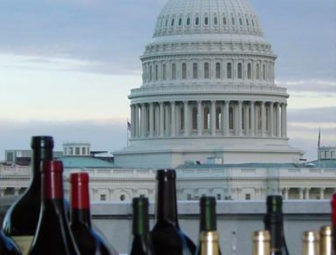 In Congress there’s a caucus for that. In fact there are more than 700 member organizations, most of them informal, and Connecticut’s lawmakers are some of the biggest joiners.

Rep. Rosa DeLauro, D-3rd District, who has been in office longer than any other member of the delegation, belongs to 70 caucuses. She is co-chairman of the congressional Baby Caucus (which supports public policies that benefit the youngest members of society) and the Food Safety Caucus. She is also the chairman of the Long Island Sound Caucus.

Rep. Elizabeth Esty, D-5th District, who was elected in 2012 and has been in Congress less time than any other Connecticut lawmaker, belongs to 30 caucuses. She’s the co-founder, along with Rep. Pete Olson, R-Texas., of the Corrosion Prevention Caucus, a group that supports corrosion-control technologies that are needed by dozens of industries, from defense contractors to utility companies.

There are no other members of the group.

Esty, who represents Newtown in Congress, is also a vice chairman of the Congressional Gun Violence Prevention Task Force.

“Caucuses offer great opportunities to work with members from both sides of the aisle on issues that matter to folks in central and northwest Connecticut,” Esty said. “They help me — and my staff— engage with and build support for new initiatives.”

Lawmakers most often join caucuses to work together on local interests. Rep. John Larson, D-1st District, for example, belongs to the Joint Strike Fighter Caucus and the Hydrogen and Fuel Cell Caucus. Pratt & Whitney, a defense contractor in Larson’s district (which is also home to fuel cell companies) is making the engine for the Joint Strike fighter.

“Caucuses are often brought to my attention by constituents and provide an opportunity to receive regular updates and information on a wide variety of issues,” Larson said. “With an ever-increasing amount of legislative items being developed, argued, and implemented, this sharing of information is crucial for my staff and to understand how certain issues impact both Connecticut and the nation.”

But there are also personal interests to pursue and the opportunity to socialize.

The Wine Caucus and the Library of Congress Caucus are also among the 62 member organizations Larson belongs to.

Most are co-chaired by both a Republican and a Democratic member and may be one of the rare areas of bipartisanship in today’s gridlocked Congress.

“It’s being on the record on the importance of an issue to your state or district and pledging to work in a bipartisan manner on a certain issue,” said Chris Vest, director of public policy at the American Society of Association Executives.

The report also said winning elections and improving the chances to push an issue forward are among the reasons lawmakers join caucuses.

“Electorally, members could use their participation in informal member organization activities as a signal to their constituents that they were working on their behalf,” the CRS report said. “Institutionally, participation in informal member organization activities provided members an opportunity to join forces with other like-minded members to address issues that fall both within and outside of their assigned committees, without the need to show deference to the views of their committee and subcommittee leaders.”

Caucuses are also good ways for members of Congress to team up on regional interests. Sen. Blumenthal, D-Conn., belongs to the Northeast-Midwest Senate Coalition which says its mission is to funnel federal dollars to the region. A big issue for this coalition is the funding of heating assistance to low-income families and individuals

Because common interests are involved, several Connecticut lawmakers may join the same caucus. For instance, all Connecticut House members, except for Rep. Jim Himes, D-4th District, are members of the Congressional Shipbuilding Caucus that is chaired by Rep. Joe Courtney, D-2nd.

The home page of the Congressional Shipbuilding Caucus website. Rep. Joe Courtney is a co-chairman.

Courtney, who belongs to 68 caucuses — including the Toy Caucus — is also the co-chair of the Dairy Farmers Caucus, the Submarine Caucus, the Coast Guard Caucus and the Community College Caucus.

Sometimes member of the delegation are at odds, caucus-wise.

For instance, Himes is the co-chair of the New Democrat Coalition, a group of party moderates that includes Courtney and Esty as members, while DeLauro belongs to the Progressive Caucus, the most liberal wing of her party.

Himes belongs to the Turkish Caucus,  as did Chris Murphy, D-Conn., when he was a House member. Meanwhile, DeLauro and Larson are members of the Armenian Caucus, whose chief mission is to get resolutions through Congress condemning Turkey for its treatment of Armenians.